Guantánamo prisoner on hunger strike cries for help on Twitter

Through the U.K. firm Reprieve, Shaker Aamer appeals to the public to call the U.S. embassy demanding action 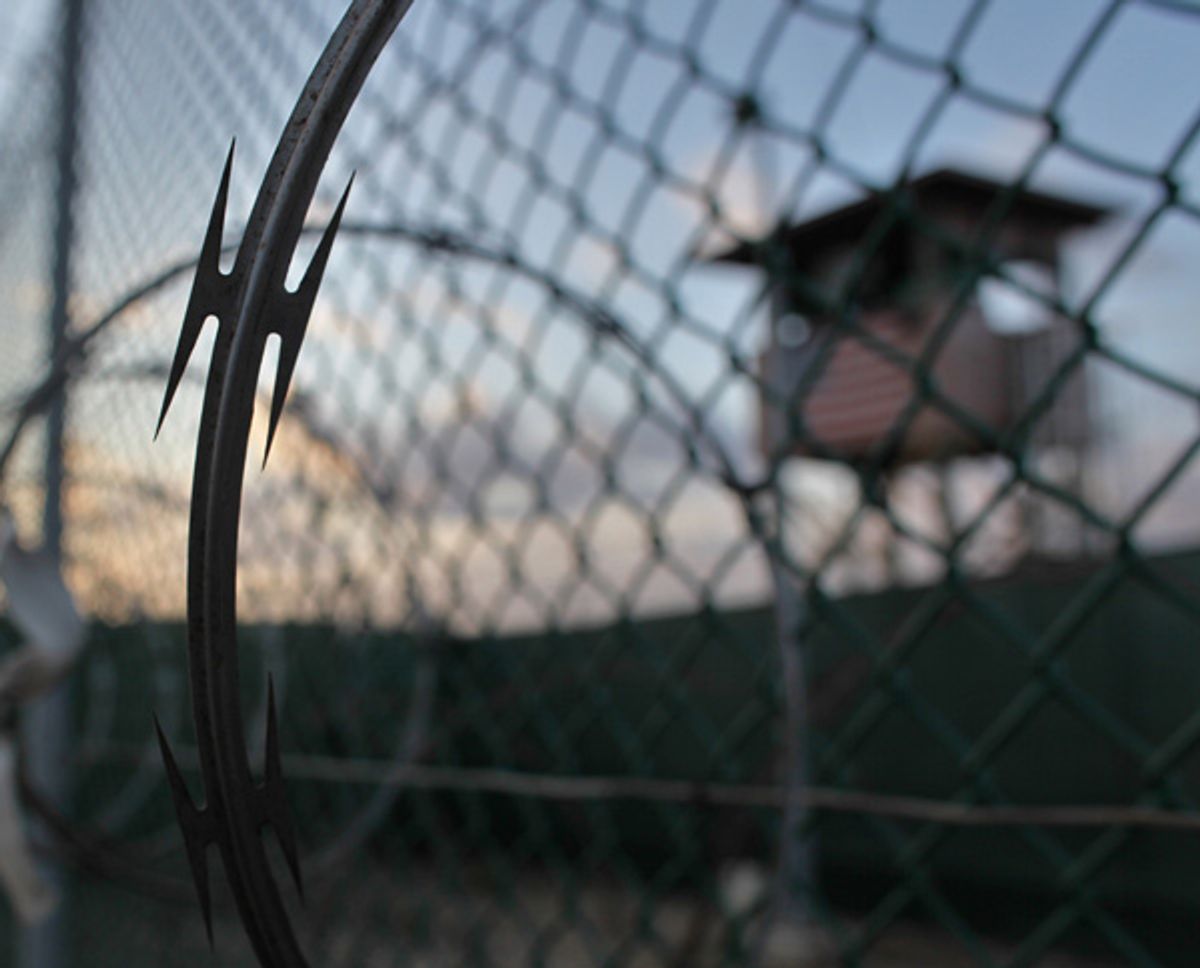 Shaker Aamer, a Guantanamo Bay prisoner who is on day 107 of a hunger strike along with 102 of his fellow inmates, was cleared for release six years ago from the Guantanamo Bay military detention camp. Although he was imprisoned before Twitter was invented, his lawyer says he's quite aware and appreciative of the social media support for #OpGTMO and his case in particular.

Aware enough, in fact, to take a page from weev's book and tweet from prison (via intermediaries).

Unclassified (please retweet): Shaker Aamer would like everyone to call US Embassy 020 7499-9000 to demand action on Guantanamo Bay

Wired reported that the tweet was Aamer's idea, passed to his lawyer Cori Crider at the beginning of the month. It was then relayed to Clive Stafford Smith, prominent lawyer and head of the U.K legal rights firm Reprieve with an influential Twitter following of 12,804.

With 362 retweets and god-only-knows how many phone calls, the American Embassy in London, where Aamer's lawyers are headquartered, has predictably stopped answering that line, according to Wired. Previous callers reported responses varying from propagandistic demagoguery to hangups.

The Pentagon has requested $3 million per prisoner, including those cleared for release, to maintain Gitmo. Last month, President Barack Obama reiterated his campaign promise to close the camp, and yesterday'spresidential speech again calling on Congress and the Senate to cooperate in the closure of Gitmo:

"Given my Administration’s relentless pursuit of al Qaeda’s leadership, there is no justification beyond politics for Congress to prevent us from closing a facility that should never have been opened."