Diet soda rots your teeth "like meth and cocaine" 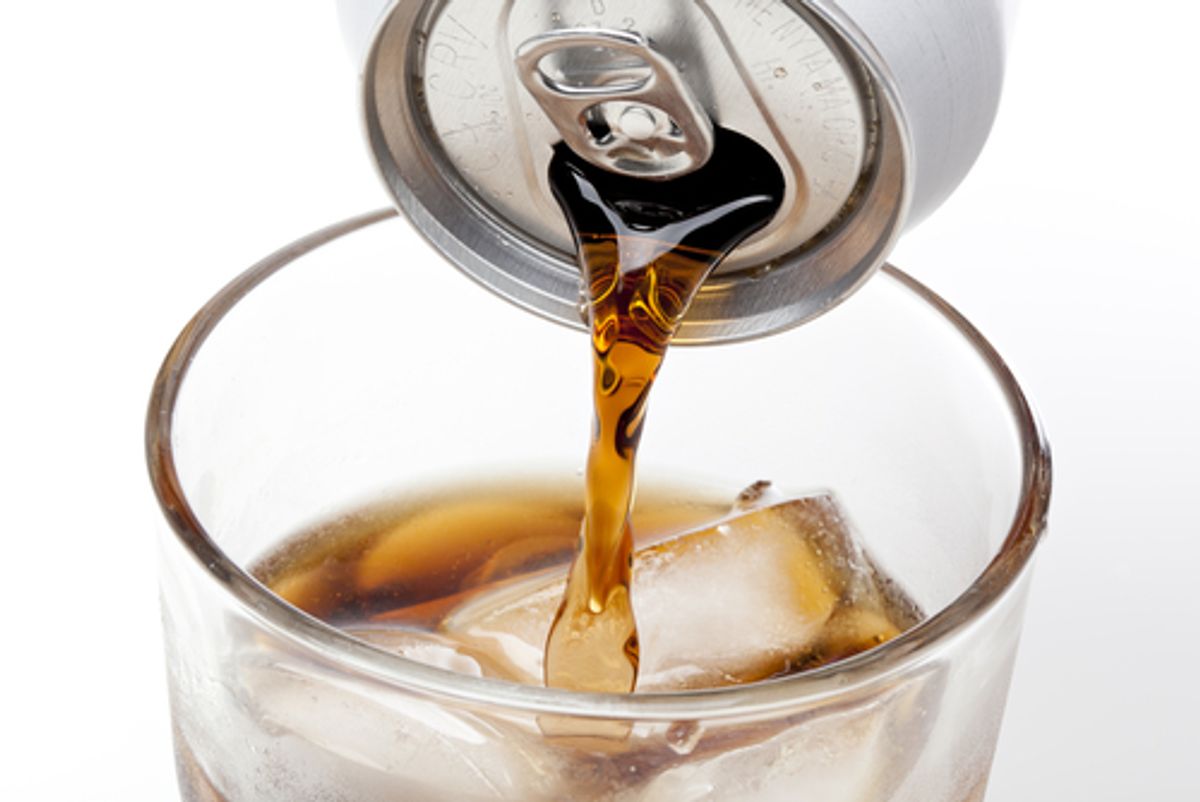 Turn that smile upside down, Diet Coke addicts! A new study claims that a diet soda habit can rot your teeth just as badly as using meth or cocaine. "You look at it side-to-side with 'meth mouth' or 'coke mouth,' it is startling to see the intensity and extent of damage more or less the same," says Dr. Mohamed Bassiouny, a professor of restorative dentistry at the Temple University School of Dentistry in Philadelphia. In the findings of the study, published in the journal General Dentistry, a woman in her 30s who drank two liters of soda a day for three to five years had the same dental damage as a 29-year-old meth user and a 51-year-old crack cocaine user. "None of the teeth affected by erosion were salvageable," says Bassiouny, and all three study participants needed all of their teeth extracted. The woman said she consumed extreme amounts of diet soda because she was concerned about weight gain, and also because she associated regular sodas with tooth decay. But Bassiouny says that sugar-free soda is just as damaging to teeth as regular soda "if they are consumed in the same frequency, the same amount and the same duration.”

Drugs such a crack cocaine and meth are known to damage the teeth because of their acidic content, and previous studies have linked "meth mouth" with dental decay. Soda (both diet and regular) is also "highly acidic," says Dr. Eugene Antenucci, spokesman for the Academy of General Dentistry. "From my experience, the damage that happens to people's mouths from cocaine or methamphetamine are degrees greater than what I see from soda," he says, "but I see a lot of damage from soda." But a group representing soft drink manufacturers argue that the new study is misleading and should not deter people from drinking soda. "The woman referenced in this article did not receive dental health services for more than 20 years — two-thirds of her life," the American Beverage Association said in a statement. "The body of available science does not support that beverages are a unique factor in causing tooth decay or erosion." They recommend regular brushing, flossing and visits to the dentist to prevent decay. Regardless, Bassiouny says that, in addition to these measures, reducing soda intake is best for the chompers — and if you do drink it, do not keep in your mouth for too long.

Valerie Tejeda is a writer who has contributed to a variety of different publications, including but not limited to: The Huffington Post, Yahoo! Shine, The Fix, Latina, Cosmopolitan.com, Xo Jane, and The Bump. She is currently based in California where she also works towards completing her debut Young Adult novel. Follow her on Twitter @val_tm.