Call of the wild sounds like a ring tone

From the Grand Canyon to the Pacific Ocean, the remotest places on Earth now have cellphone reception 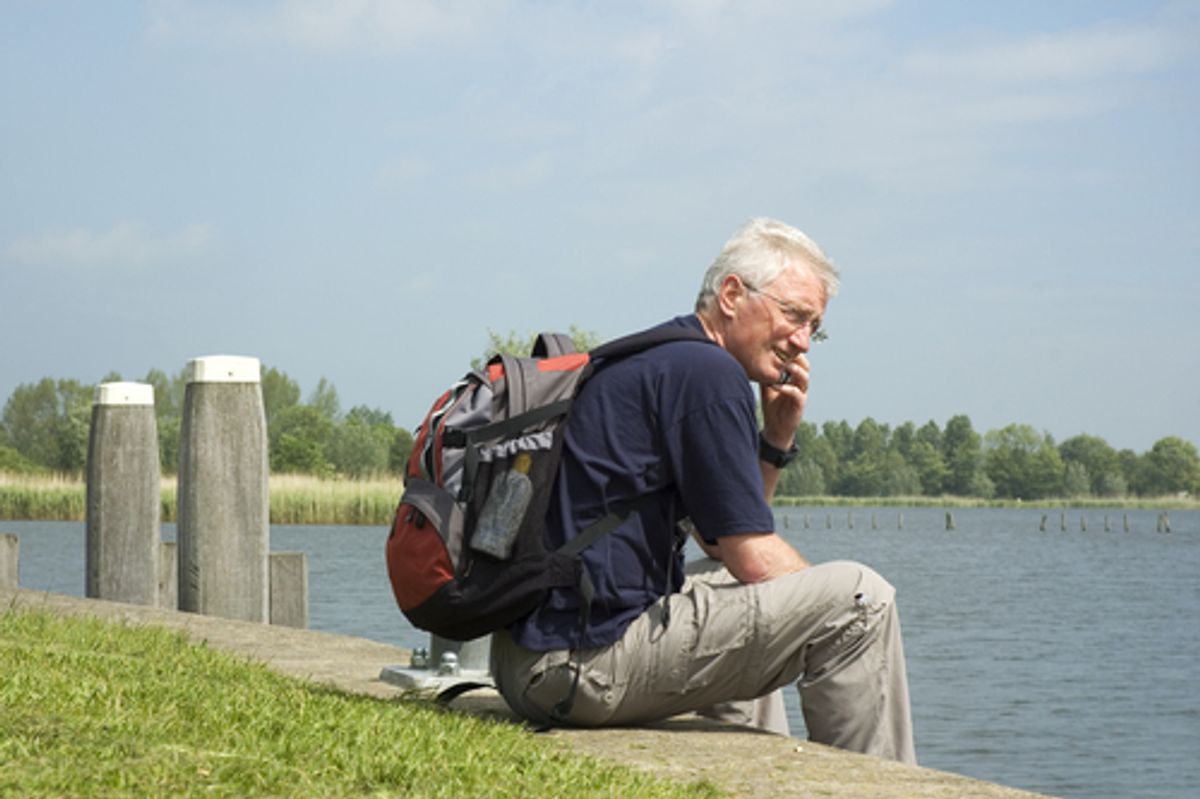 ON CHRISTMAS DAY last year, Eric Larsen was pedalling a fat-tired bicycle across the ice and drifting snow of Antarctica, a week into a 1,200-kilometer solo expedition to the South Pole. A seasoned polar adventurer, the 41-year-old from Colorado had spent the past 15 years of his life traversing some of the harshest terrain on Earth by dogsled, in a canoe, and on skis, for the most part utterly alone. This time, he had everything he needed — food, fuel, a Hilleberg Akto one-pole tent — in special panniers strapped to his Surly Moonlander. That evening, he set up camp amid the vast emptiness, started the lengthy process of melting snow for drinking water, and fired off a quick tweet to his 4,000-plus followers: “Christmas Greetings from Antarctica via my DeLorme inReach.”

Wilderness has been getting less wild for as long as the concept has existed. “Of what avail are 40 freedoms,” environmental writer Aldo Leopold asked more than half a century ago, “without a blank spot on the map? ” The nature of those blank spots has changed over the years as each generation’s defining technology has emerged — information technology, in our case. Larsen’s Antarctic tweet was sent via a 227-gram gadget that connects smart phones to a network of 66 satellites, allowing users to send and receive text messages or update their Facebook and Twitter pages from literally any point on the globe. If, like me, you have come to define wilderness by the blank spots in your wireless coverage, then wilderness no longer exists.

In 1931, psychologist Harry Reginald DeSilva discovered a 12-year-old Kansas boy with a seemingly innate ability to identify true north. “As clever and undeliberating as any bird or animal when it comes to homing,” marveled Time magazine. When the boy was blindfolded and spun in a chair, however, his sense of direction deteriorated significantly. In 2009, German researchers demonstrated why: Humans have terrible internal compasses. Subjects walking in a forest with no visible landmarks could still maintain a reasonably straight path as long as they could orient themselves by the sun, but when it was overcast they began to wander in circles. Blindfolded subjects fared even worse, stumbling around in circles less than 20 meters in diameter. Likewise DeSilva’s “compass boy”: His mother couldn’t tell left from right, and she had been giving him cardinal point instructions his whole life. He had simply learned to orient himself out of habit.

I first learned of the inReach last fall, while preparing for a 10-day hike along the remote southern coast of Tasmania. (My mother “just happened” to be browsing Mountain Equipment Co-op’s emergency rescue products.) Billed as a way to “stay affordably connected over the 90 percent of the Earth’s surface not covered by cellular and land-based phone service,” it offers two-way communication for $250 up front plus a monthly fee starting at $15 (which drops to $4 for dormant months). The company has sold about 7,000 of the devices so far, and they have been deployed in remote spots around the globe, leading to successful rescues from the depths of the Grand Canyon and the middle of the Pacific Ocean.

Still, I was hesitant to pull the trigger. Two years earlier, I had been trekking through the Himalayas when, at 5,164 metres, I stumbled on a tea house with satellite Internet. I checked my email simply because I could, and found a nasty message from an editor about a project I had been working on for months — and then spent the next week composing biting replies in my head as I hiked through stunning mountain passes.

In one sense, the problem was not the technology, but my own lack of self-control in using it (an interpretation suggested — repeatedly — by my wife, who had warned me not to log in). But it’s also inevitable that the mere existence of the technology changes how we approach and interact with the wilderness. Stories abound of inexperienced hikers relying on personal locator beacons, sometimes referred to as yuppie 911, to bail themselves out of situations they should never have gotten themselves into. One group in the Grand Canyon sent PLB distress signals on three consecutive days in 2009, triggering helicopter rescues: The first time, they were worried their water supply was running low; the second time, they thought their water “tasted salty”; the third time, they were forcibly evacuated.

Almost three decades earlier, in the era of the two-way radio, scholars Leo McAvoy and Daniel Dustin published an article called “The Right to Risk in Wilderness” in the Journal of Forestry, proposing the establishment of “no-rescue” wilderness zones. You would enter these areas understanding that you were entirely responsible for your safety for the duration of the trip, which is entirely different from simply resolving not to call for help. It’s the Odysseus defense: The only way to fully escape the pull of technology’s siren song is to have yourself lashed to the mast well in advance.

“We think the concept is even more timely today than it was then,” says Dustin, now chair of the University of Utah’s Department of Parks, Recreation, and Tourism. “The difference is that the train is now 50 miles farther down the track.” But while the no-rescue zone continues to be hotly debated, it has never gained official approval — not in public, at least. Dustin recalls being ridiculed for the proposal by the chief of the U.S. Forest Service during a conference of search and rescue professionals. Afterwards, “we found ourselves standing next to each other at the urinals, and he elbowed me and said, ‘Dan, just between the two of us, I think it’s a great idea.’”

The appeal of wilderness seems practically innate, even if not everyone feels the need for a no-rescue zone. Dustin believes that by detaching ourselves from the umbilical cord of civilization, we can experience a version of what mythologist Joseph Campbell called the “hero’s journey,” by turns humbling and empowering. How far into the woods we need to go may be different for each of us, but some detachment is necessary. “Have you ever been to the Grand Canyon? ” he asked me. “If you go to Mather Point, where there’s a railing, and you look over the edge, that’s one experience. A hundred yards to the right or left, without the railing” — an earnest pause — “it’s a different experience.”

On the third day of our much-anticipated Tasmania hike, my wife and I were crossing an exposed mountain range when a ferocious southerly gale suddenly blew in. Hour after hour, gusts of whiteout snow alternated with fusillades of stinging hail, pinning us down. As we huddled behind a pile of rocks, contemplating our next move, the call of the sirens echoed more and more loudly in my ears: Power up the inReach and find out what’s up with this crazy weather!

Except I hadn’t bought one. I had resisted temptation, opting instead to rent a PLB. So, since our plight wasn’t serious enough to warrant a yuppie 911 call, we muddled through on our own, stumbling into camp that evening tired and shaken, but with the quiet satisfaction of being tested and having found the answers within ourselves. And I treasure the memory of that feeling all the more because, try as I might, I can’t find any way to escape the logic of taking an inReach on my next trip.