A bad day at the online criminal bank 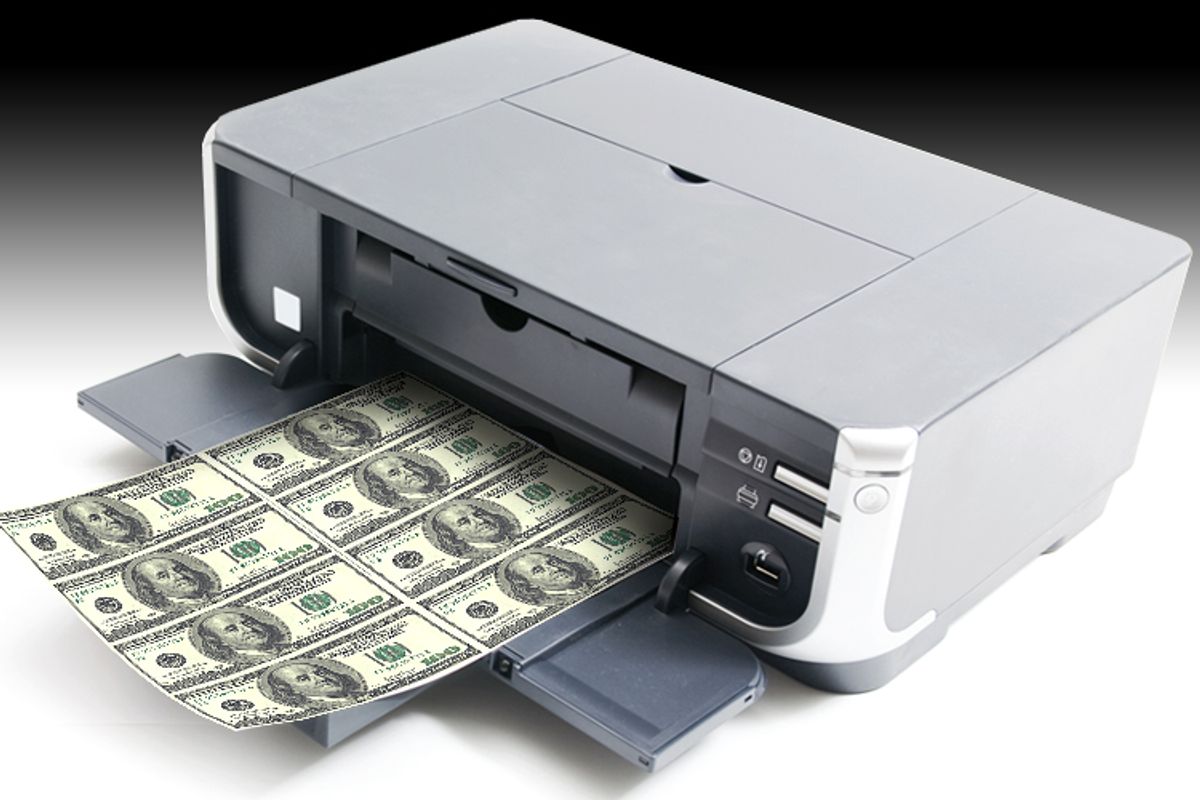 Just before Memorial Day weekend, a joint operation between law enforcement authorities in the U.S., Costa Rica, and Spain cracked down on Liberty Reserve, an online money exchange network described in an indictment as "the prominent digital form of money laundering used by cyber-criminals worldwide." Liberty Reserve's founder, Arthur Budovsky, a Ukrainian-born former U.S. citizen who had been running his digital currency operation out of Costa Rica since 2006, was arrested in Spain on Friday.

The indictment includes some hilarious details. Liberty Reserve processed over a billion dollars annually, but the only thing necessary to create an account with the service was a mail address. According to the indictment, sample accounts bore such illustrative names as "Russia Hackers" and "Hacker Account." The indictment also includes the assertion that law enforcement authorities intercepted an IM chat in which two Liberty Reserve principals discussed the fact that LR was "a money laundering operation that hackers use."

Customers of the service, according to the indictment, included "traffickers of stolen credit card data and personal identity information; peddlers of various types of online Ponzi and get-rich-quick schemes; computer hackers for hire; unregulated gambling enterprises; and underground drug-dealing websites."

Those customers are now in a state of some alarm, reports Brian Krebs, an investigative reporter who runs a website focusing on security issues:

"The trouble started on Thursday, when libertyreserve.com inexplicably went offline. The outage set off increasingly anxious discussions on several major cybercrime forums online, as many that work and ply their trade in malicious software and banking fraud found themselves unable to access their funds."

So where will these poor souls look for safer harbor? At Reddit, where one can always find in-depth discussion of the latest digital currency news developments, one recently started discussion thread saw the law enforcement action as a net positive... for Bitcoin, the digital currency currently most beloved by libertarian anarchists.

It looks like Liberty Reserve is history now. I was surprised to find the sentiment here was largely pessimistic in this regard. Sure, Liberty Reserve was a relatively important way to move fiat into Bitcoin exchanges such as Mt. Gox, but this is a myopic view.

Liberty Reserve's closure could accelerate adoption of Bitcoin, because LR and Bitcoin have been competing for the same users. LR disappearing is natural selection -- centralized virtual currencies have limited lifespans, always.

I'm very sorry for everyone who have lost access to the money they had in LR, but they are now left scratching their heads wondering what to move to. There is really only one realistic answer - Bitcoin. This is a temporary pain which will leave us all stronger.

I find it hard to imagine a more effective way to focus law enforcement attention on Bitcoin than to declare that "LR and Bitcoin have been competing for the same users." But Bitcoin advocates will no doubt shrug at the likely elevation of their favorite currency to Money Laundering Enemy Number One, observing complacently that Bitcoin is designed to avoid many of the flaws that ultimately brought Liberty Reserve down.

Still, Liberty Reserve's fate should give Bitcoin users some pause. As Bitcoin grows, and as criminals increasingly take advantage of its anonymity, lack of centralization, and technological sophistication, governments and law enforcement authorities will devote equally increasing attention to every link in the Bitcoin chain.

It will be a fun showdown to watch.