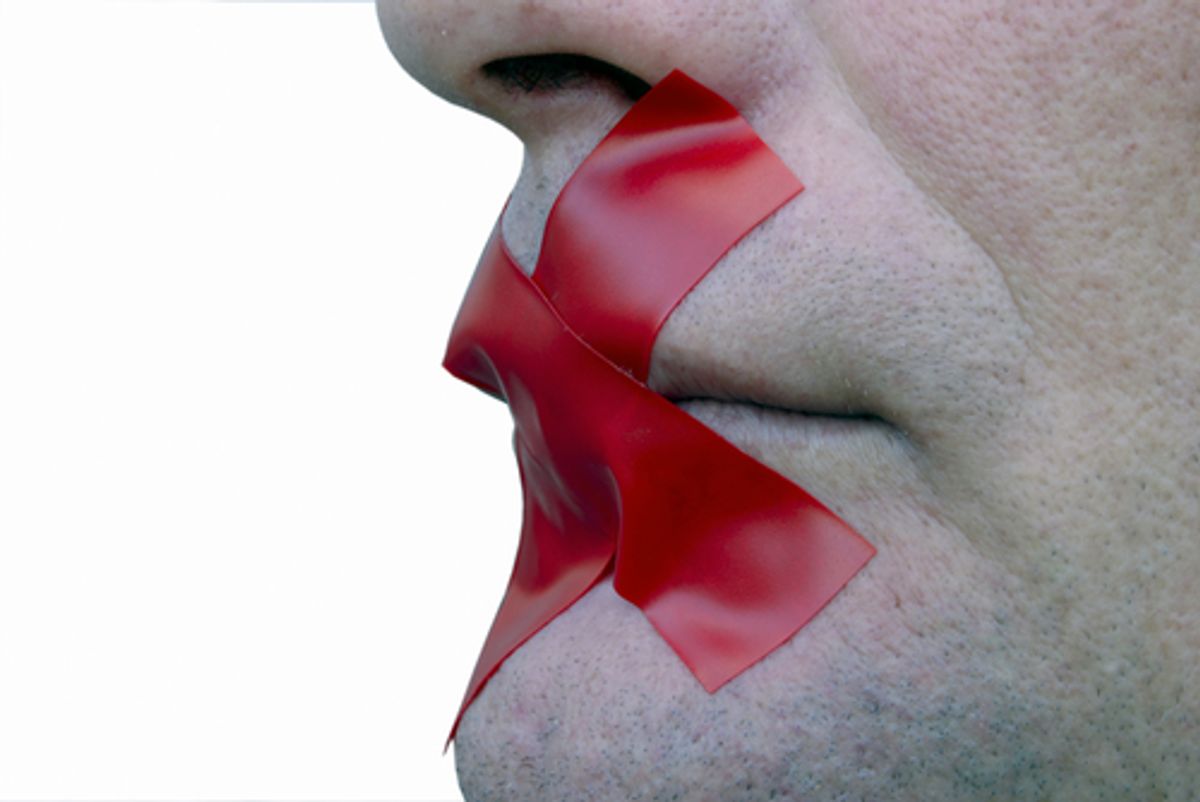 A New York Times Op-Ed from Eyal Press Monday highlighted a little-known but important government memo, which threatens the rights of whistleblowers. In line with this administration's unprecedented crackdown on government employees who blow the whistle, Eyal notes that the document, issued by the Obama administration in January, "instructs the director of national intelligence and the Office of Personnel Management to establish standards that would give federal agencies the power to fire employees, without appeal, deemed ineligible to hold 'noncritical sensitive' jobs." Whistlblower advocates see the memo as a means to restrict the options and rights of dissenting government workers. Press noted:

The administration claims that the order will simply enable these agencies to determine which jobs qualify as “sensitive.” But the proposed rules are exceptionally vague, defining such jobs as any that could have “a material adverse impact” on national security — including police, customs and immigration positions.

If the new rules are put in place, national security could soon be invoked to deny civil servants like Franz Gayl the right to defend themselves when subjected to retaliation. Back in 2010, Mr. Gayl was accused of engaging in a pattern of “intentional misconduct” and suspended from his job. A Marine Corps adviser who had been deployed to Iraq in 2006, Mr. Gayl claimed he was being punished for publicly disclosing that Pentagon bureaucrats had ignored battlefield requests for mine-resistant armored vehicles, at a time when roadside bombs were killing and maiming soldiers.

Like many whistle-blowers, Mr. Gayl appealed to the Merit System Protections Board, an independent, quasi-judicial agency created in 1978 to safeguard the rights of civil servants, which ordered him to be reinstated.

Mr. Gayle isn’t alone. In the past decade, whistle-blowers have exposed everything from the Bush administration’s efforts to censor reports on climate change to the Food and Drug Administration’s failure to stop the sale of unsafe drugs like Vioxx.