Can you hear me now? A climber gets into trouble for making a call from the top of Mount Everest 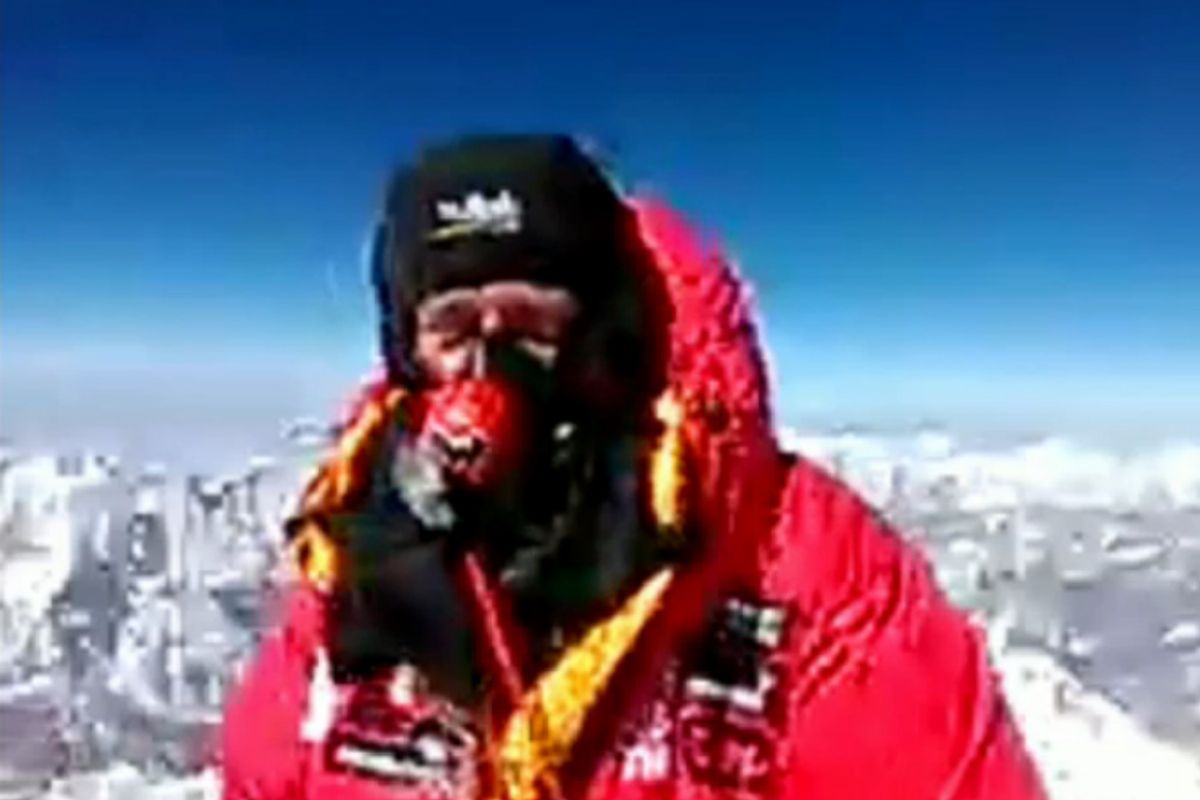 On May 19, Daniel Hughes made a live-video call using his smartphone from the peak of Mount Everest. He was the first ever Everest summitter to do so. Why did he do it? Because it (the phone) was there, of course!

The very next day, Nepal's Ministry of Tourism accused Hughes of breaking the law. Climbers intending to "film, broadcast or conduct media related events on Everest" are required to seek permission in advance. A permit costs around $2,000.

That's a lot of money to make a video phone call, in this day and age. The law appears to be a relic of a time when broadcasting live video from the top of the mountain would have required serious Sherpa-manpower to haul actual TV equipment, instead of merely an HTC smartphone and a pole.

Presumably some kind of accommodation for the mobile generation will be made in the future. Because if there's one thing that we can say for sure, it's that people will be making more video phone calls, not fewer, from the top of the Mount Everest in years to come. Apparently, the same urge that causes people to check Twitter in the toilet applies to one of the highest and most iconic points on the earth.

I love my smartphone, but this latest news item has me more convinced than ever that we have finally gone too far in our culture-wide mobile addiction. The Mount Everest phone call is a perfect symbol for how our technological tether is inhibiting us from living in the moment. I can understand wanting to snap some pics from the peak, but making a Skype call seems a bit self-indulgent. An expedition years in the making ends with a glorified selfie! Instead of savoring one of the most astonishing panoramas possible on this planet, Daniel Hughes put himself on camera, and blocked the view.

Anyone who has been to a pop concert lately knows what I'm talking about. It's getting hard to see the stage through the forest of mobile devices hoisted up by audiences that seem more interested in filming the event than actually experiencing it. We're creating far more video than we'll ever have time to consume. We're staring into our screens even with the majesty of the Himalayas beckoning.

Although, I suppose it would have been kind of cool if Hughes had sent a SnapChat. A self-destructing photo from the peak of Mount Everest? That would be hilarious.