Gender-crossing superhero has the power to drive conservatives crazy 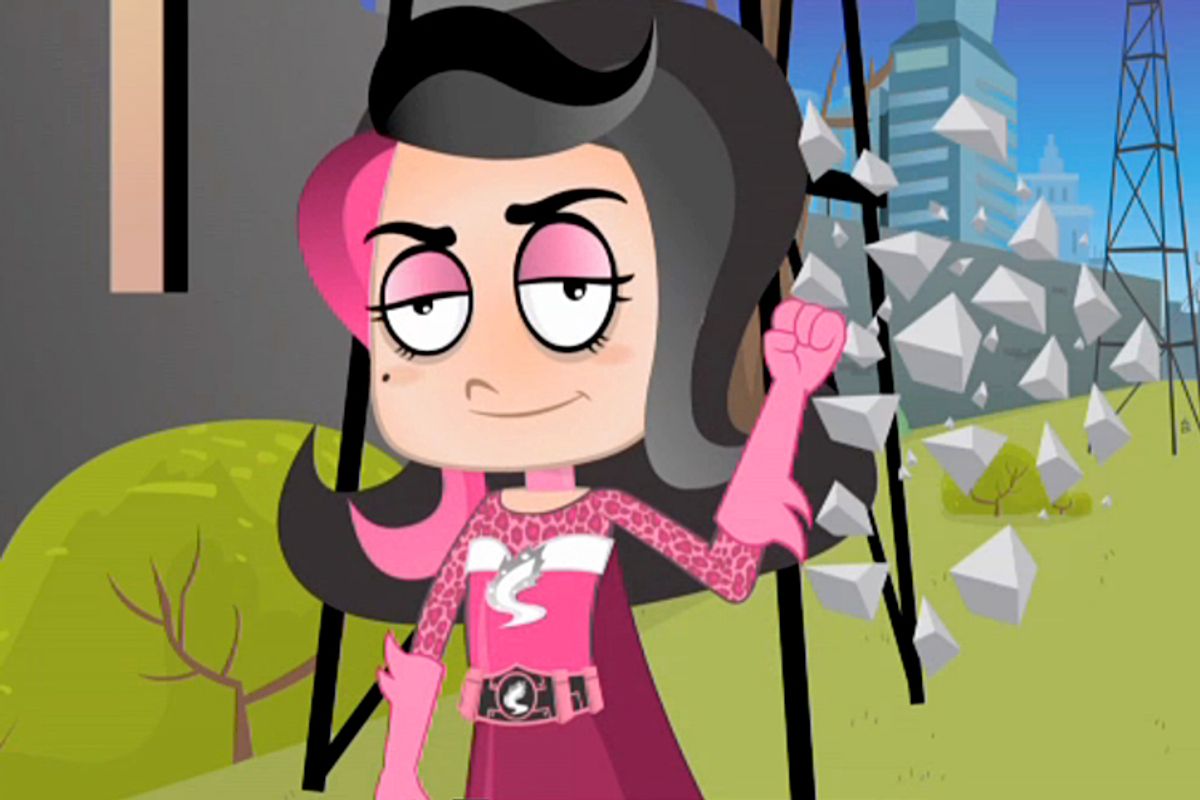 Guy Hamdon is a just a typical 12-year-old cartoon character with a superhero alter ego. Like Green Lantern, his power rests in a magical ring. Unlike Green Lantern, however, his ring turns him into a girl. A pink-glad, white go-go-boots-wearing, long-haired girl. Who smells outrage, with a faint whiff of opportunism?

In his role as the hero of "SheZow," Guy will make his debut Saturday on the Hub network, the cable channel of Discovery Communications and Hasbro. The show, featuring Guy's transforming catchphrase "You go, girl!" has been airing in Canada and Australia since December. But it's an unlikely jewel for the crown of a faltering, ratings-challenged American network – something the network's chief executive, Margaret Loesch, admits. "When I first heard about the show, my reaction was, 'Are you out of your minds?' Then I looked at it and I thought, 'This is just funny,'" she said.

"SheZow" is definitely giving the network some desperately sought-after attention. The series earned a prominent place of honor in a Tuesday L.A. Times feature on the Hub, as well as a starring role in stories this week in the Daily News and the Mail. And, predictably, the likes of Breitbart's Ben Shapiro have been quick to gasp at the horror of "gender-bending underage superheroes," declaring that Loesch must have "been high (and leftist) when she greenlit this project." Or maybe she was just thinking, "Finally, something people will actually watch." The commenters at the Washington Times, also true to form, have been busy lamenting the "demented and perverted fabricated paradigm based on destructive human behavior" -- of cartoon superheroes. GLAAD’s Rich Ferraro, meanwhile, has called the outraged reaction "laughable."

Oh, it's beyond laughable. We live in a country in which we make blockbuster movie franchises around a boy who becomes part arachnid and nobody blinks an eye. When I was growing up, we had the Wonder Twins. And did anybody protest whenever Zan turned into an ice unicycle? Not once. But put a male in a dress and it's all, oooh, they're going to indoctrinate our children.

Think about the implications here: Conservatives would rather a boy turn into a bucket of water than be any way effeminate. And by the way, if the folks at Breitbart want to flip out over what constitutes "child-appropriate material," they might want to do a rethink of that cross-dresser "Huckleberry Finn," or ask themselves how their parents ever let them watch that habitual drag queen Bugs Bunny.

Not only is there a long and respectable history of boys dressing as girls in children's entertainment, but the gist of the "SheZow" is pure classic superhero mythology – the wrong person marked for greatness. Guy shouldn't have ever put that magical ring on his finger – it was destined for his sister. Or, as he himself wails, "I'm a DUDE!"  And he still, as the show's theme song reminds us, kicks it like a bro. But soon, as so many of these how-the-other-half-lives narratives tend to go, Guy is both humbled and empowered by his new role. Fancy that – a 12-year-old, ostensibly straight boy who discovers there's strength in femininity. Yeah, lock up your sons, conservatives, or somebody might actually learn something. You go, girl.