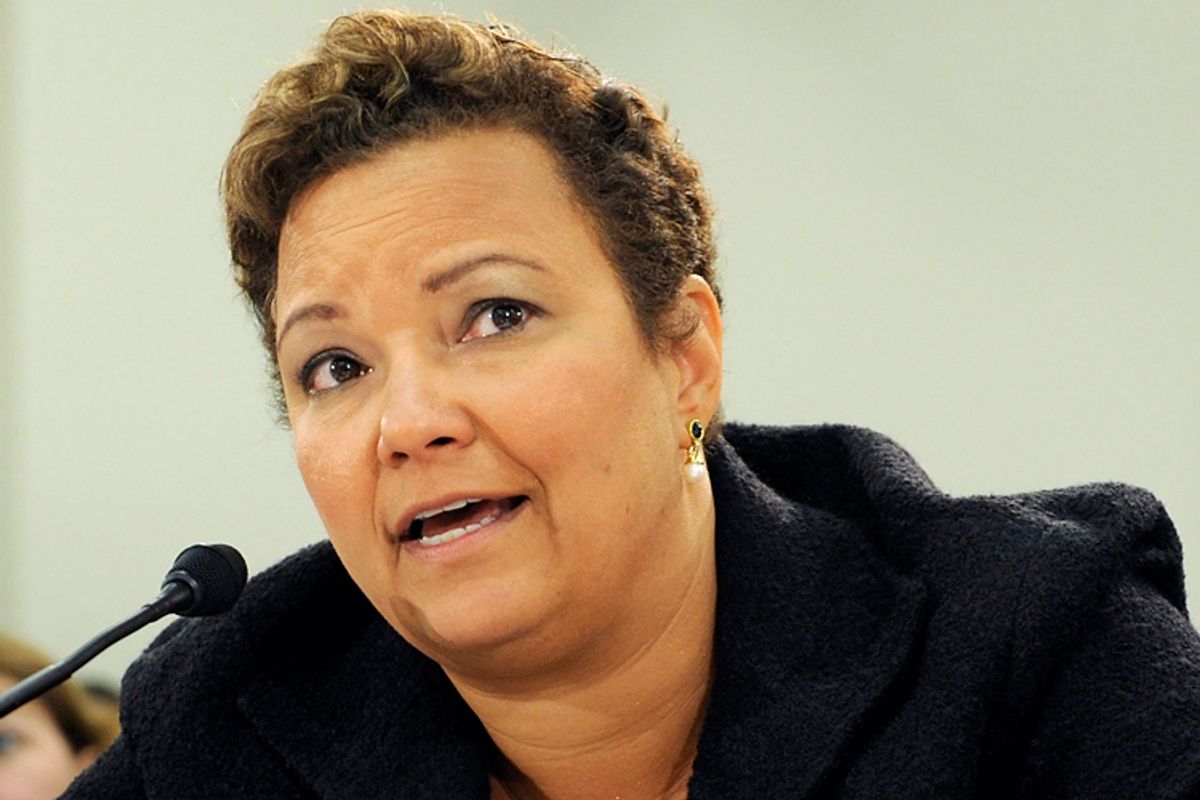 Tim Cook's announcement Tuesday night at the AllThingsD conference that Apple had hired Lisa Jackson, the director of the Environmental Protection Agency during Obama's first term as president, to "run its environmental initiatives," is the rarest of anomalies in the all-too-familiar revolving door intersection between government and industry. It is genuinely interesting, and provocative.

Jackson is a career bureaucrat who received high marks from environmentalists for her efforts to take on coal companies, implement higher fuel-economy standards, and get greenhouse gases labeled a "pollutant" under the terms of the Clean Air Act. It is difficult to see her playing the same role with Apple that your typical government regulator assumes when moving into a cushy Wall Street job: helping her new employer game existing laws or lobby for weaker oversight.

To the contrary; it's much easier to envision Jackson actually empowered to steer Apple into environmentally-friendly waters. There are obvious branding advantages for Apple here. If the company wants to continue to remain perceived as "cool" by young consumers of (relatively) high-priced mobile devices, getting some real environmental street cred can't hurt.

And the possibilities are intriguing. Apple is fully entangled in cross-border manufacturing, distribution and production supply chains that are implicitly global in nature. Even if Congress managed to pass climate change legislation, the U.S. still can't tell China or India what to do. Apple, on the other hand, has real influence, measured by its immense purchasing power. If Jackson can lead an effort that integrates all of Apple's supply chain into a framework in which carbon dioxide emissions are properly priced, for example, she would be helping Apple set an example for the rest of the world to follow.

That's a gargantuan task, of course. There's no guarantee Jackson will succeed at it, just as there's no guarantee that her hiring isn't actually just an impressively high-profile act of greenwashing. But think of it this way: If you were an outgoing EPA director looking for an opportunity to make a real difference tackling the gnarly mess of globalization and climate change, wouldn't the chance to do so at Apple be incredibly appealing?

This will be worth watching.