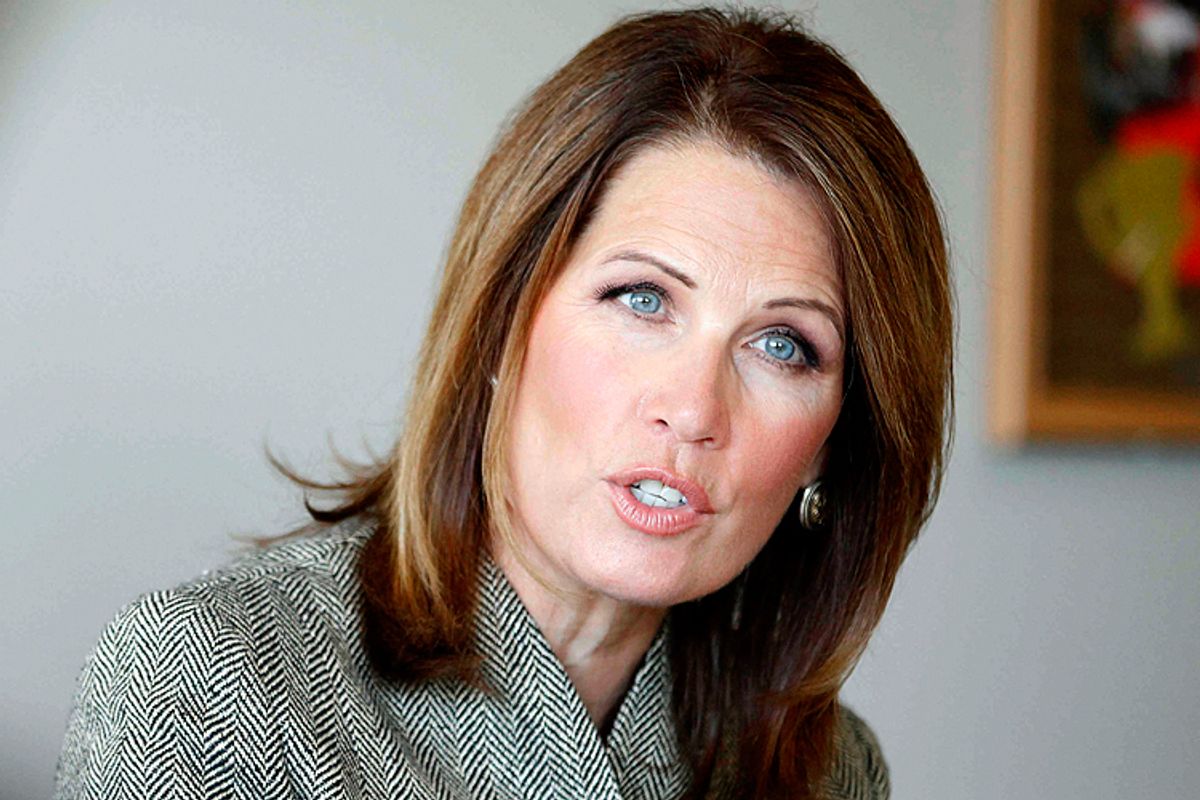 Rep. Michele Bachmann wants you to know that while she's not running for reelection, no one forced her out. "Be assured, my decision was not in any way influenced by any concerns about my being reelected," nor was it influenced by ethics investigations, she says in a video on her website. Nope, this was all about good government and her belief that members of Congress shouldn't stay in office forever:

The law limits anyone from serving as president of the United States for more than eight years. And in my opinion, well, eight years is also long enough for an individual to serve as a representative for a specific congressional district.

Term limits are popular among anti-establishment Tea Party types, who think Washington inevitably corrupts anyone who spends too much time there, so it makes sense that she would give what Jonathan Capehart calls "a School House Rock lesson on term limits" as her reason for leaving office.

But term limits seem to be a new (and rather convenient) interest for Bachmann. Here's what she said when someone asked her if she supported term limits for members of Congress during a town hall in Myrtle Beach, S.C., in August of 2011:

My opinion has been when it comes to term limits that I think it's important for voters to make that decision. ... My only concern with term limits is two-fold. The state of Arizona has term limits on their state reps and their state senators. When I was in Arizona, what I understood is that when you're in so -- for just a few years -- then the bureaucracy runs the state. That's what I've been told. What I don't want to do is empower the bureaucracy, because they already have a lot of power as it is. What I want to do is cut back the bureaucracy. And what we need is members of Congress that do the right thing -- that's what we need more than anything.

Last month, Arizona Republican Rep. Matt Salmon introduced a bill proposing a constitutional amendment to limit the length of time members of Congress could serve. Michele Bachmann is not a co-sponsor. The interest group US Term Limits, which collects supportive quotes from lawmakers on its website, doesn't have any entries for Bachmann.

Early on in her presidential campaign, she floated the possibility of serving only a single term in the White House if necessary to enact her agenda with impunity, but she didn't bring it up much after that.

Perhaps Bachmann has suddenly discovered the issue. Or perhaps she's just trying to save face.