Lawyers for the 22-year-old woman may appeal the case in an international court, but fear for her survival 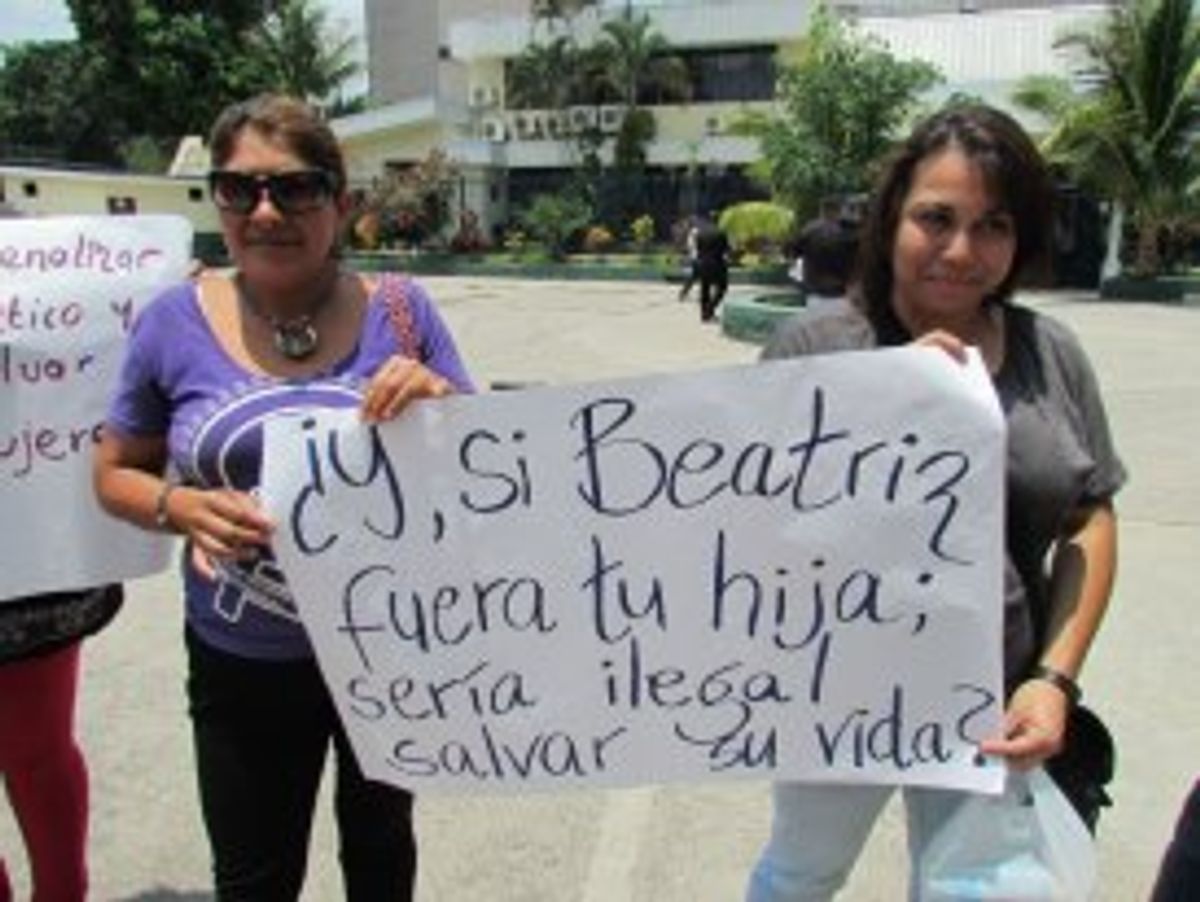 After more than a month of delays, El Salvador's Supreme Court ruled on Wednesday to deny a critically ill woman a lifesaving abortion. The 22-year-old woman, identified only as Beatriz, is 26 weeks pregnant with a nonviable, anencephalic fetus; her doctors have warned that, due to severe health complications related to Beatriz's lupus, cardiovascular disease and kidney functioning, she may not survive the pregnancy.

Abortion is illegal under all circumstances in El Salvador, and the court's ruling is final, according to her lawyers. "The only way now is to go to the international courts," Victor Hugo Mata, one of Beatriz's lawyers, told CBS News.

As Salon has previously reported, in addition to petitions from Beatriz and her doctors, President Mauricio Funes, El Salvador's Ministry of Health, women's rights advocates and international human rights groups each called on the court to grant the medically necessary procedure.

But the court was not moved to act, and Beatriz's life now hangs in the balance, her lawyers say.

"[The Supreme Court is] saying Beatriz is not in danger and she must pursue the natural way of delivery and we must see what happens," Mata told CBS. "Everyday, the health of Beatriz is [getting] worse. If they wait another week or two weeks, she will be too feeble to endure the operation."