Juggling a job and family is a men's issue, too

Work-life balance isn't a "women's issue." Here's why thinking of it that way hurts us all 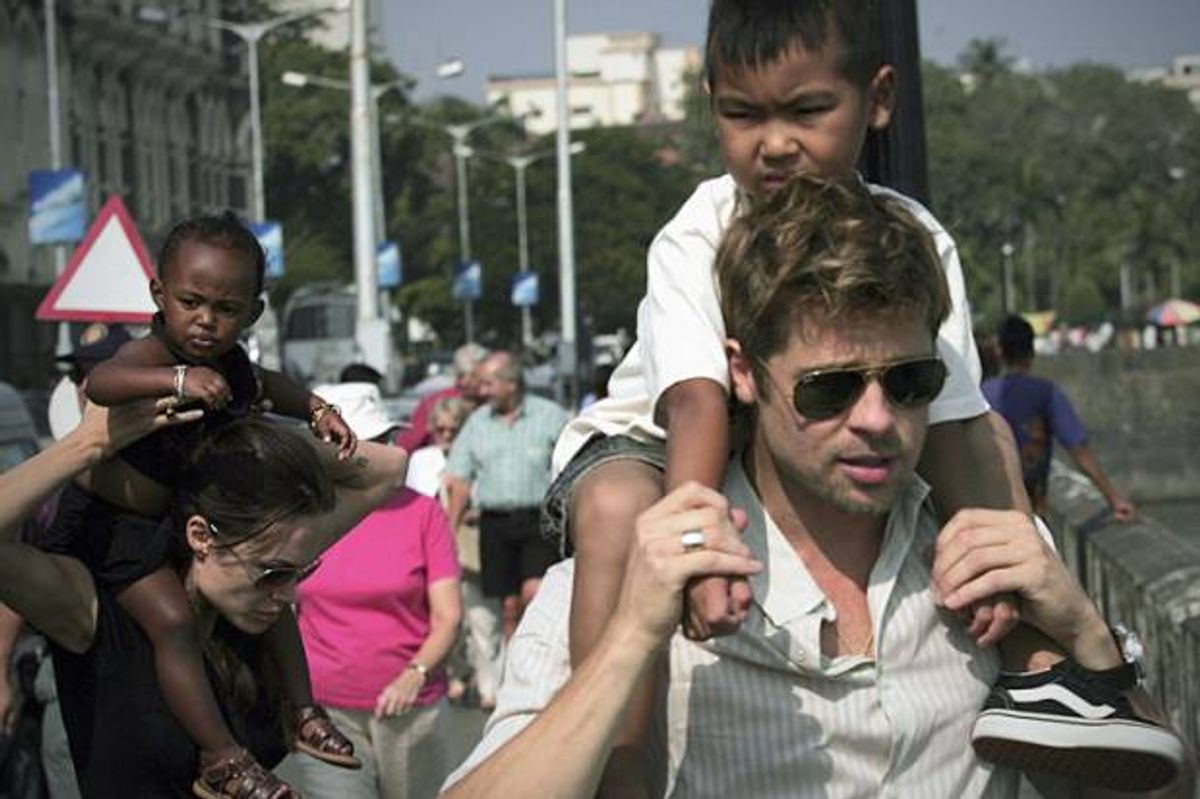 And one question for the men: Guys, are you even reading this?

If you've spent any time reading about the radical but incomplete changes in family life in the United States in recent years, you could be forgiven for thinking they’re a female problem. It's as if women are doing this all by ourselves, a special female problem to be fixed in our lady’s corner -- not for nothing has "work-life balance" been defined as a "women's issue." It’s true that women’s lives have changed the most dramatically. But framing it as only the concern of half the population -- incidentally, the half that collectively has far less political and economic power -- is a recipe for very little change.

Men and women face different circumstances -- including biological ones around pregnancy and childbearing -- but as long as families are made up of both men and women, these are everyone's issues, and men need to step up. The question is how to talk about them without turning it into an angry zero sum game or oppression Olympics.

A recent Esquire feature, "Why Men Can't Have It All," failed that test, but at least it got in the ring. I’m not sure when Esquire became the stomping grounds of "men's rights" activists with better grasp of the thesaurus, but here, more or less in order, were my responses reading it: Great, a man is writing about work-life balance and home participation! He talked to the excellent Rebecca Traister and to Sheryl Sandberg's seemingly sainted husband Dave Goldberg! And it recognizes the conflicting data we have on gender progress -- on the one hand, increasingly great early indicators for young women and troubling ones for young men; on the other, a male power structure that is practically unchanged...

And then it goes haywire, morphing into a contradictory whinge based on numerous unsupported premises, boiling down to this defensive stance: "Among those who traffic in gender studies, it is something of a truth universally acknowledged: Men are to blame for pretty much everything." He concludes that women should stop complaining because everything sucks for everyone in more or less the same way (really).

To simplify things, men are to blame for lots, but the piece’s author, Richard Dorment, doesn’t seem particularly interested in how “those who traffic in gender studies” have helped open up the possibilities for things sucking less, and in a less rigid fashion. To her credit, Sandberg recognized this, writing in Lean In, "If we make it too easy for women to drop out of the career marathon, we also make it too hard for men. Just as women feel that they bear the primary responsibility of caring for their children, many men feel that they bear the primary responsibility of supporting their families financially. Their self-worth is tied mainly to their professional success, and they frequently believe that they have no choice but to finish that marathon." Reviewing the book in the Guardian, Michael Cohen wrote that when it came to adopting the prescriptions of Sandberg's book for women to embrace workplace ambition, "Men have much to gain because they too are often trapped in gender stereotypes that limit their personal and professional options." And Warren Buffett joined the charge, too, writing, “Fellow males, get onboard.”

If Dorment is ambivalent about what changes have taken place and the ones being agitated for, he isn’t alone. In a survey released this week, nearly eighty percent of respondents told Pew pollsters they don’t think we should go to the supposed past of “traditional roles” for women, but the same amount declined to say it was a good thing for the mothers of young children to work outside the home (how “young children” is defined isn’t clear from the report) and half said more women in the workforce strains marriages.

And yet the same numbers paint a portrait of growing American acceptance of the same radical changes: "In 2009, 54% of fathers with children under age 17 said the ideal situation for young children was to have a mother who did not work at all outside the home; today only 37% of fathers say that—a drop of 17 percentage points." The number of adults who say single motherhood is a "big problem" has declined from 71 percent in 2007 to 64 percent. If you ask people under 30 how they feel about it, you get far more shrugs: Only 42 percent view it as a big problem. Overall, "compared with current attitudes, the public had a more negative assessment in 1997 of the effect this trend [of women in the paid workforce] was having on children and marriage."

Whether they like it or not -- whether you like it or not -- the numbers show these shifts are inexorable. When it comes to working or not working, for the vast majority of Americans this is less about individual fulfillment than it is a matter of survival -- after all, as some of the coverage has noted, women’s wages and workplace participation are rising relative to men in part because of the secular collapse of male-dominated jobs. Someone has to pay the bills. At the same time, the growth in single parenthood, along with diminished public benefits for them, means that some form of paid work isn't exactly optional.

Here's another gem from Pew: "The public is not conflicted at all about whether fathers should work or stay home with their children. Fully 76% say children are just as well off if their father works, while only 8% say children are better off if their father is home and doesn’t hold a job. An additional 11% say it depends on the situation." These are straw-dad choices, of course; there is a wide spectrum between a stay-at-home dad and the old-fashioned, checked-out figure who shows up occasionally to rumple the kids' hair.

Which brings me back to Dorment’s piece. He writes, "Women are asked to make the same personal sacrifices as men past and present — too much time away from home, too many weekends at the computer, too much inconvenient travel — but then claim some special privilege in their hardship." Never mind that several of the feminists he quotes regularly point out that part of the problem is a workplace that demands too much for too little, and that includes everyone. That's not, in fact, the world we have, because almost none of those working women don't have a traditional, homemaking wife to support them like those "men past" did, and those men of the present aren't getting pregnant or giving birth, and they aren't subject to sexism and sexual violence at the same rates.

Dorment doesn't have much time for such things; he dispenses with the “ugly realities” of “institutional sexism and pay discrimination” by arguing, “with the millions in annual penalties levied on offending businesses (and the attendant PR shitstorms), they have become increasingly, and thankfully, uncommon.” How does he know they're uncommon? The problem with pay discrimination is that so few people know their pay relative to their co-workers, and even if they do bring a legal claim -- the numbers of which have remained flat in recent years -- courts have never been less sympathetic to them, even to the point of hearing them out, let alone "millions in annual penalties" being particularly common. (Has Dorment heard of the Dukes case?) He thinks women can just shed the cultural conditioning that likely contribute to them doing more housework if they really feel like it.

I'm with Dorment on taking issue with Anne-Marie Slaughter's essentialist, anecdotal assertion in her much-discussed Atlantic piece, that "I do not believe fathers love their children any less than mothers do, but men do seem more likely to choose their job at a cost to their family, while women seem more likely to choose their family at a cost to their job." But he makes the same mistake she did in that passage: Assuming that people make the choices they make purely because they want to or out of some innate gendered quality, and not out of a negotiation between what's possible, what they've been taught to expect is normal, and what they might really want.

But these conversations, writes Dorment, "makes me feel like channeling Tom Hanks in A League of Their Own: There's no crying in baseball!" He says women seeking workplace accommodations should "fight for it, don't fight for it — it's entirely up to the individual. But don't complain that you never had a choice." How does he think those choices happened in the first place? With a little less resentment, he might see that these dislocations might be scary, but this new world has more in it for him too.