Self-publishing has become a cult

I happily self-published my novella. But I want a traditional deal for my novel, and old friends call me a heathen 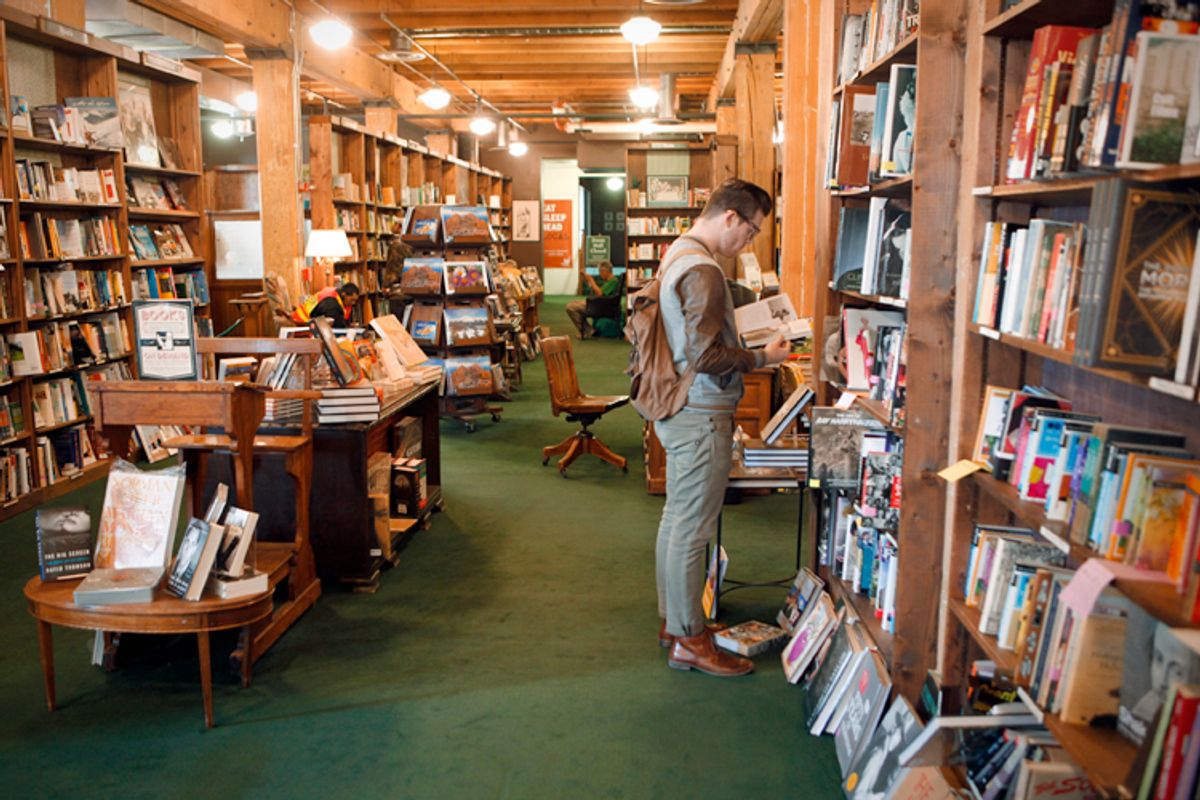 Ten years ago self-publishing was viewed as a fad rooted in vanity; only those who couldn’t hack it under the traditional system went the do-it-yourself route. With the advent of digital publishing, the paradigm has changed, self-publishing is a legitimate choice, master of your own destiny, blah blah blah, you’ve heard this story before.

What’s funny is, the adherents would have you believe that once you self-publish, the scales will fall from your eyes and you’ll recognize self-publishing as the One True Path. Traditional publishing will reveal itself to be a lost circle of Dante Alighieri's Hell, full of damaged souls who want to enrich themselves off your work while destroying every shred of your creativity.

I call shenanigans: Last year I self-published a novella, and all it did was encourage me to get an agent and seek a traditional deal for my full-length novel. If indeed there are scales on my eyes, they are still firmly in place.

A little history: At 20,000 words, my Governors Island-set zombie noir was too short for a traditional deal (novellas are generally a tough sell to publishing houses). But I had just learned how to code eBooks, and as the associate publisher of an imprint that mostly handles digital backlists, I wanted to see the business from the other side. So I paid a designer to put together a cover and tapped some writer friends for copyediting, with the promise of an edit in return. I wrapped it up and posted the novella at Amazon, Barnes & Noble and Kobo.

And my life didn’t change. Nor did I really expect it to.

I think the difference between me and John Winters is that I went into the process with my loins properly girded. I wanted to sell some copies, sure, but I didn’t expect to retire off this thing. Really, I wanted the satisfaction of finishing something and moving on to something else (rather than get sucked into the black hole of endlessly editing and tinkering).

Since publication, I’ve sold around 200 copies, and given another 800 away for free through Amazon’s KDP program. I’ve made enough money to cover the cost of the cover and a nice bottle of whiskey. I got some kind reviews and my mom didn’t even get mad at me for using so many curse words. I would call the whole thing a positive experience.

Yet, not for a second did I consider self-publishing my full-length novel. The goals here are different: I want this book in bookstores. I want the cachet that comes with getting a traditional publishing deal. I want to get invited to better parties.

(Some space cadet is going to say I’m dissatisfied with self-publishing because I didn’t sell enough copies and my book probably sucks. Which is certainly a possibility! And of course I could have done a better job marketing the novella, but I was more interesting in writing a book.)

Here’s the thing: My dream career as a writer involves a mix of self-publishing and traditional publishing. One supporting the other. I want to be a hybrid author, a model used successfully by authors like Chuck Wendig (a man often shouted at by self-publishing proponents for taking a middle position).

My novella is available now, and I’ve got my fingers crossed for a deal on my novel. Then maybe I write another novella, or I collect some of my short stories, and I self-publish that. Afterward, I write another novel and hand it off to my agent. The cycle repeats. I have a mix of books, some of which earn me the perks of being a traditionally-published author, while others offer me a greater return of profits and more creative freedom.

Unfortunately, that doesn’t fit the narrative of self-publishing’s champions. But here’s the truth: Some of them are just as bad as the evil traditional publishing executives who want to ride your work to fame and fortune. Because those self-pubbing pros are doing the same thing—staking out “expert” positions and writing glowing blog posts about self-publishing, and the link to their Amazon storefront is at the bottom of the post.

(I’m not even going to pretend like I’m blameless here—but I will be honest about it.)

Worse, a lot of them create false expectations and alter their own histories to sell their story. Suffice to say that if you’ve got a deep backlist, you started with traditional deals that helped build your rep, and you’re the voice of the self-publishing movement, of course you’re going to make bank. Pretending like those things have nothing to do with your success is disingenuous (to put it kindly).

And novice writers, hungry for instant gratification in an industry known for anything but, gobble it up. It’s the easy answer, even though it isn’t always the right one. Why slog through years of the query-agent-publisher process when you can just slap your book up at Amazon next week?

As the columnist at a literary website, I once wrote about tough truths related to self-publishing. The stuff that the advocates don’t tell you. That editing and cover design are hard. That most self-published books earn only a modest return. That a lot of the advocates are just selling themselves. I stressed that I wasn’t dissuading anyone from self-publishing, only that you should weigh all of your options and go into it with realistic expectations.

And that resulted in scores of people calling me profane names. (Which, fine, back when I was a cop reporter some dude threatened to stab me—I can take a little criticism.)

But reactions like that leave me with unfriendly feelings toward the self-publishing movement. I mean, this is the Internet, where reasoned, fact-based discussion thrives!

Look, any avenue that offers you a high rate of return, creative control, and a viable path for reaching an audience is a good thing. How could it not be? But sometimes self-publishing feels less like a movement and more like a jihad; take a position that’s any less than full-on worship, and you aren’t just wrong, you’re an enemy combatant.

Meanwhile, those of us in the middle, who are happy to support both sides, are castigated, flagellated and cast out as heathens.

(Which, by the way, is the same type of behavior the self-publishing advocates have used to demonize the denizens of traditional publishing.)

This is why the yoke of self-publishing is still so damn heavy. It gains a little ground, before getting dragged down by actions and rhetoric that are downright unprofessional.

So, I’ve got a proposal: No more lines in the sand. No more judging people for the path they choose. Let’s agree to read books, and enjoy them, and support each other, regardless of the route you take to the page. It’s hard enough to get people interested in reading. We should be encouraging and supporting each other, not taking shots at each other.

Actually, I’ll take one parting shot: I know self-publishing offers the best royalty rates, but if you got into this game with the sole intent to make money, you got into the wrong business.

Rob W. Hart is the associate publisher for MysteriousPress.com and the class director at LitReactor. He's the author of The Last Safe Place: A Zombie Novella, and his short stories have been published in Thuglit, Crime Factory, Shotgun Honey, and Needle: A Magazine of Noir.