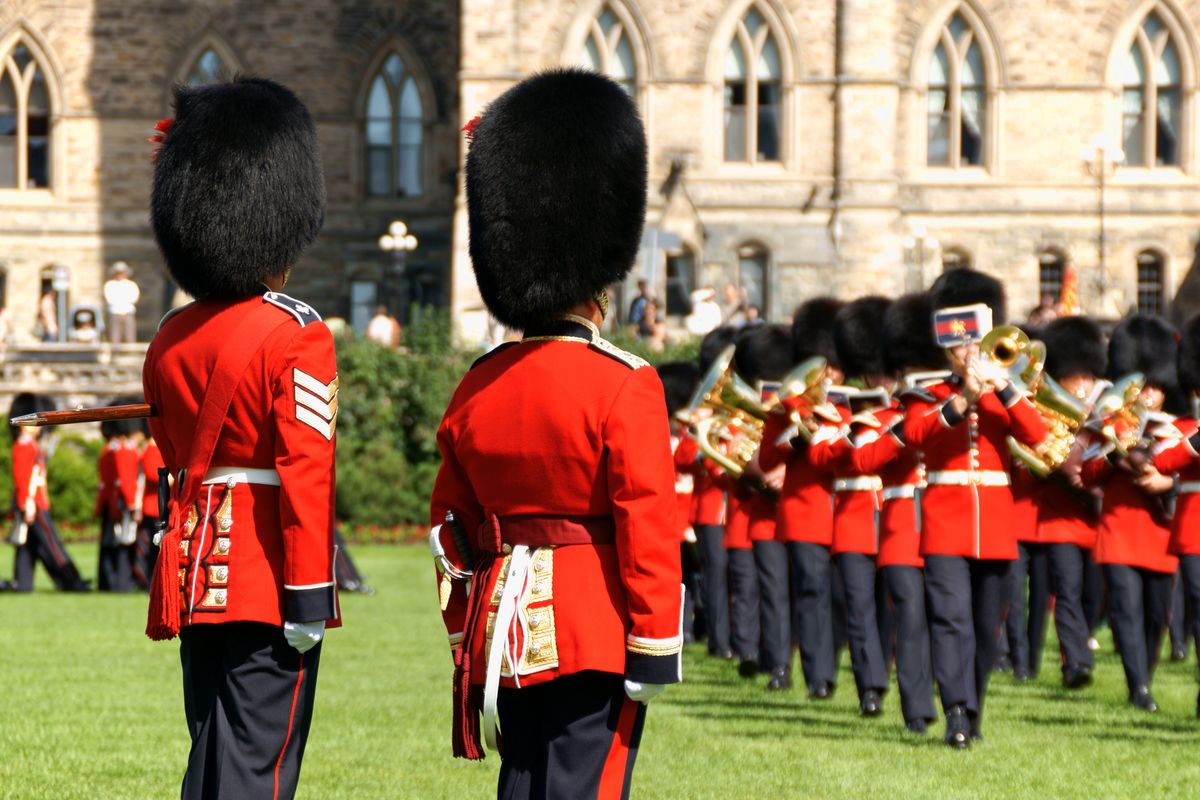 Changing of the guard at the Parliament of Canada
--

A few months ago, I went to a conference in Ottawa, Canada where I interacted with members of their government.  I found myself chatting with the prime minister’s deputy minister, who I assumed was a “political appointee,” i.e., a member of the leading party appointed by the prime minister. In fact, he was a civil servant (as opposed to what they call “exempt” staff).

That took me by surprise. In our government, the president’s top deputies are partisan appointments, part of a thick layer of political appointees that run every important council and agency in the government. They are supported by “career staff” whose input is significant and important, but you’ve got to go down a few layers in the hierarchy before you get to them.

Over the course of the conference, I asked other Canadian officials about this structure of governance.  There are political appointees (exempt staff) as well—the PM actually has two chiefs of staff—but many high-level slots, including deputy ministers, which here would be political, are staffed by the public service (the UK system is similar).

How does it work? How do political and civil staffs interact? Do the politicals trump the civils?

They do not, I was told by various parties of different political stripes. Not only is the non-political staff counted on to provide “non-partisan, expert advice” on policy matters, but such advice is ignored at a cost to elected officials. The high-ranking civil staff can throw considerable sand in the gears of the policy process if that process does not reflect their guidance. One exempt official told me, “you cannot blow them off.”

In fact, perusing a small bit of the literature on Canadian governance reveals considerable concern that the “fierce independence” of the civil staff must be protected from undue influence by the political appointees on a minister’s staff.  Not one, but two acts of government—the Public Service Employment Act and the Financial Administration Act—are “intended to insulate public servants from political pressure of all kinds – not just from political aides but from ministers as well.”

Here in the US, a member of the president’s cabinet, like the secretary of Defense or the Treasury, surrounds herself with advisors whom she appoints. These chiefs of staff, policy and media advisors, speech writers, and so on, will sometimes interact with career staffers as needed, but many will just speak to their political counterparts across the government and their principals.

In Canada, a deputy minister who is a public staffer is appointed to each minister (equivalent to our cabinet officials). Moreover, at least according to official documentation, deputy ministers “are the bridge between the department and the Minister. Although it is normal for ministerial staff to transmit instructions or gather information on behalf of the Minister, significant contact between the Minister’s office and departmental officials should take place through or with the knowledge of the deputy minister’s office.” In other words, the civil service plays a gatekeeper role to the minister. That’s not at all the case in our system.

Concretely, as it was explained to me, the exempt staff will write speeches, craft press releases, and handle their bosses’ political life. They “share their [minister’s] political commitment, and…complement the professional, expert and non-partisan advice and support of the public service. Consequently, they contribute a particular expertise or point of view that the public service cannot provide.”

I spent the day exclusively with public staffers, so perhaps they spun me a bit, but they assured me that their influence on the highest levels of policy and process was, by statute and in practice, significant. They were baked into the system at a level well above similar officials in the US.

So why am I bothering you with a blog post on Canadian governance, perhaps not the sexiest thing you’ve read today? You’re probably thinking: Great idea—let’s add another layer of civil servants to the government.

Well, here’s the punch line: My hosts corroborated my sense that this governance structure “strengthened the middle” in a way that’s been sorely lacking from our politics for a while now. It supports continuity from one political regime to the next, by which I decidedly do not mean the same policy agenda—that would thwart the will of the electorate—but the process by which that agenda is analyzed, assessed, and implemented or rejected. Their higher positioning of the public service relative to our system enforces a level of standards, of quality control, that our thick layer of political appointees precludes.

From where I sit, in economic and fiscal policy, it’s a bit like moving Congressional Budget Office analysts, who quite effectively play the role of non-partisan wonks, many steps up in the chain of command and decision making.  To make this more concrete, consider this. The CBO, in reviewing Rep. Paul Ryan’s budget, intimated in so many words that shrinking the government as much as he proposed in his budget was so outside the bounds of our history that is was highly unlikely to occur.

It might be the case that in a Canadian-style system, such a budget would not have been floated, as public staffers would have steered the process to a more realistic outcome. I suspect this aspect of their governance architecture squeezes out this type of extremism in a way we could use right about now.

To really understand how complex systems like this work, you have to be part of them, so take all the above with a grain of salt.  I did, however, run this by a few Canadian insiders, and they vouched for it.  If you’ve been as frustrated as I have with the dysfunctionality of our system, with the inability and unwillingness to compromise, then I suspect this sounds pretty interesting to you as well.  If so, it might be worth thinking about how we get from here to there, or at least inject a bit more of this structure into our own benighted system.