Conservatives to women of color: We will save you -- by taking away your rights 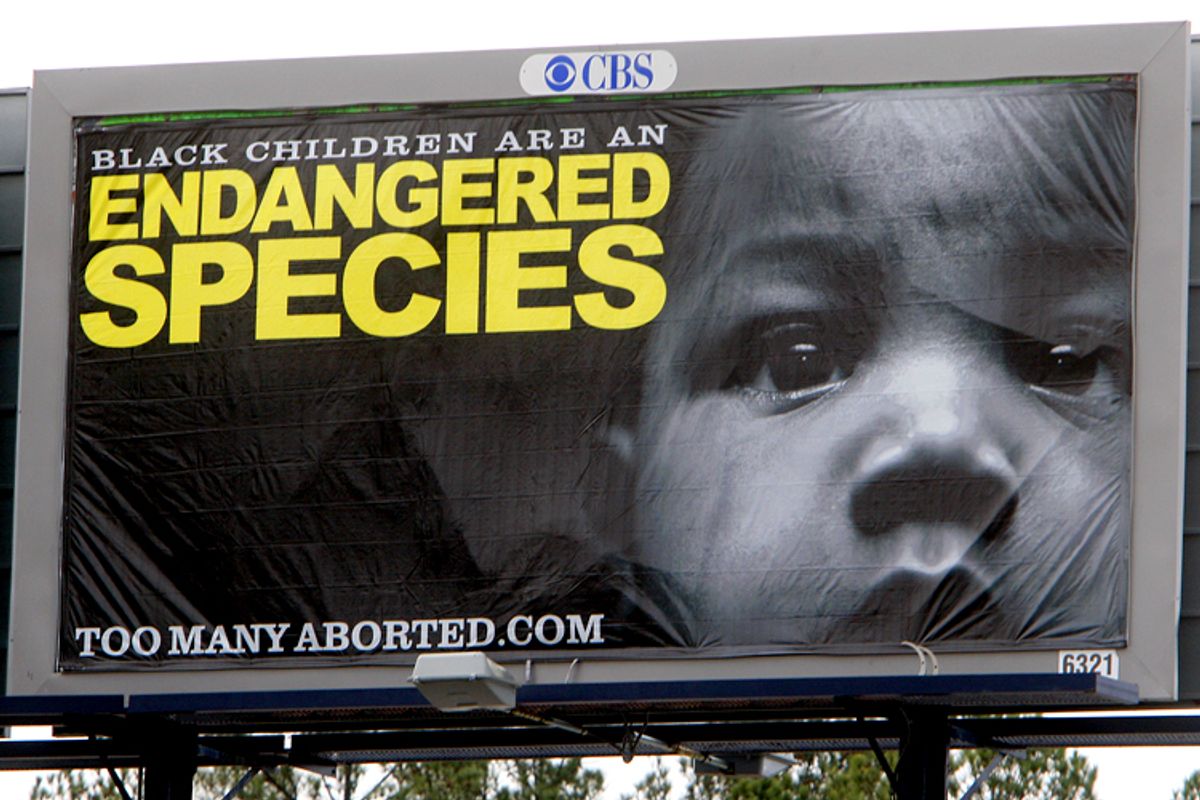 “We are a multicultural society now and cultures are bringing their traditions to America that really defy the values of America, including cultures that value males over females,” said Sen. Nancy Barto.

How ironic is this cocktail of pseudo-feminism and American exceptionalism? Deeply, given that Barto, an Arizona state senator, was explaining two years ago why the state needed a ban on race and sex-selective abortions (the race and sex being that of the fetus) -- a law the ACLU, the Maricopa County NAACP, and the National Asian Pacific American Women’s Forum challenged in court this week in an unprecedented fashion. In other words, a law explicitly targeting and trying to limit the choices of women of color was being sold as their redemption.

In the two years since the law was passed, no one has ever been charged under it. That’s because the point was always to try to seize back the feminist mantle for the antiabortion side, and to tar abortion with both racism and sexism. (They even named it after Susan B. Anthony and Frederick Douglass.) While sex-selective abortions are a real phenomenon in Asian countries with heavy son preference, the U.S. in general and Arizona in particular don’t have a problem with them. The complaint notes, “ The state's own statistics show no difference in birth ratio of boys and girls to Asian women as compared to other women.”

Two other states have sex-selective abortion bans in place, but Arizona is on its own with the mind-twisting “race-selective abortion” trick. (When a similar tactic was attempted in Florida, black female legislators staged a walkout; it passed the House and awaits action in the Senate.) Abortion rates are indeed high in African-American communities, but so are unintended pregnancy rates.

To provide cover for the accusation that they’re criminalizing women’s choices, the law has criminal penalties for doctors and third parties that are found to pressure women to have such abortions, rather than for pregnant women. Still, just because they prefer to elide women’s choices from the matter entirely doesn’t mean they don’t exist. Purporting to believe “race-selective abortion” exists, points out the lawsuit, “is premised on the sponsors’ beliefs that Black and API women are deliberately using abortion to destroy their own communities.” And, they say, since “it is undisputed that a Black baby requires a Black parent” (an indisputably crazy thing to have to include in a legal complaint) that’s racist.

There is one real-life phenomenon that message-oriented laws like this -- as well as billboards like “the most dangerous place for an African American is in the womb” -- are trying to capitalize upon: suspicion of abortion and contraception in the African-American community rooted in real historical abuses like forced sterilization and eugenics. As Cynthia R. Greenlee recently wrote in Dissent, that anxiety was manifest from the start of legal abortion in the U.S., including in the May 1973 issue of Jet magazine featuring a black abortion provider in Chicago and the headline, “Legal Abortion: Is It Genocide or Blessing in Disguise?” In the accompanying story, Dr. T.R.M. Howard defended his abortion provision as, Greenlee writes, "Outside, Jesse Jackson — once a protégée of Howard’s — picketed and called abortion black genocide." Howard's response: “You see, genocide takes many forms. A malnourished body caused by a lack of food is genocide. A slum apartment infested with rats and poison paint peeling is genocide. Bad school which plunge [sic] blacks into a dismal economic plight is genocide.” (For more on the antiabortion movement's strategy in African-American communities, read Akiba Solomon.)

The law's defenders think they have successfully set their trap. "And here I thought the ACLU opposed racism and sexism," crowed one LifeNews blogger. He didn't mention the NAACP or the National Asian Pacific American Women’s Forum, maybe because it's audacious even by their own standards to call those groups racist. In fact, the lawsuit against the Arizona law is unusual because it's brought by civil rights groups, not abortion providers or individual women. In the end, a tactic intended to slice and dice those communities may actually have brought them together.