Samuel L. Jackson is a vigilante 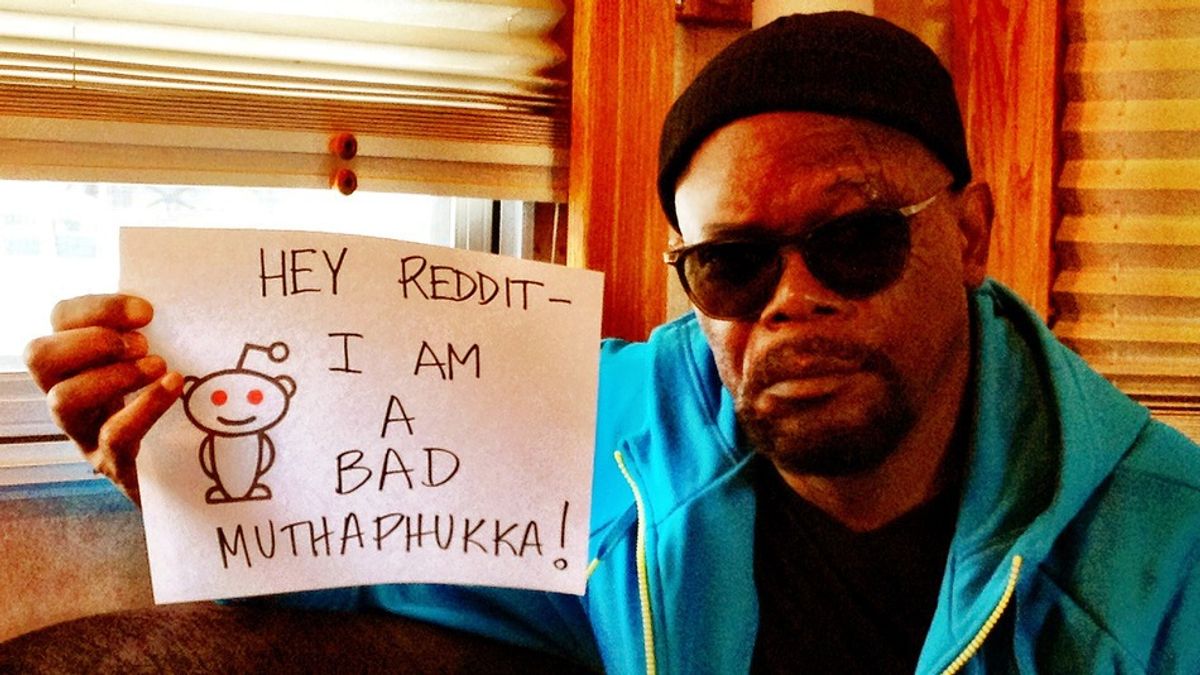 On Tuesday, Samuel L. Jackson hosted a competition on Reddit asking readers to donate to the Alzheimer's Association, offering prizes to donors who gave $3 or more to the cause. He also gave Redditors two days to write a 300-word monologue, announcing that he'd read and record the top script by the end of the week.

"Let's go muthaphukkas give me something interesting to say!!!!," he wrote.

Today, the actor released a video, saying, "Hi, I'm Samuel L. Jackson. I'm sorry to disappoint you, Reddit, but I've decided to break the rules of my own competition, and I will not be reading a user-submitted entry as my monologue."

At first, it seemed like Jackson just trolled all of the Internet. But it's just the opposite: Jackson was reading directly from the script of Redditor adiddy:

Instead, I'd like to speak to you all from my own heart, in my own words; honestly and openly. I've been waiting to reveal something for a long, long, time and... well, here it is: I am quitting acting and pursuing a life of vigilantism. Now, I know what you're thinking: "Sam Jack, you are one bad motherfucker when it comes to the fine art of thespianism." And you know what? You're right. But it's time for me to step out of the limelight... and step into the shadows.

Watch the full monologue, below: