So what now in New Jersey? 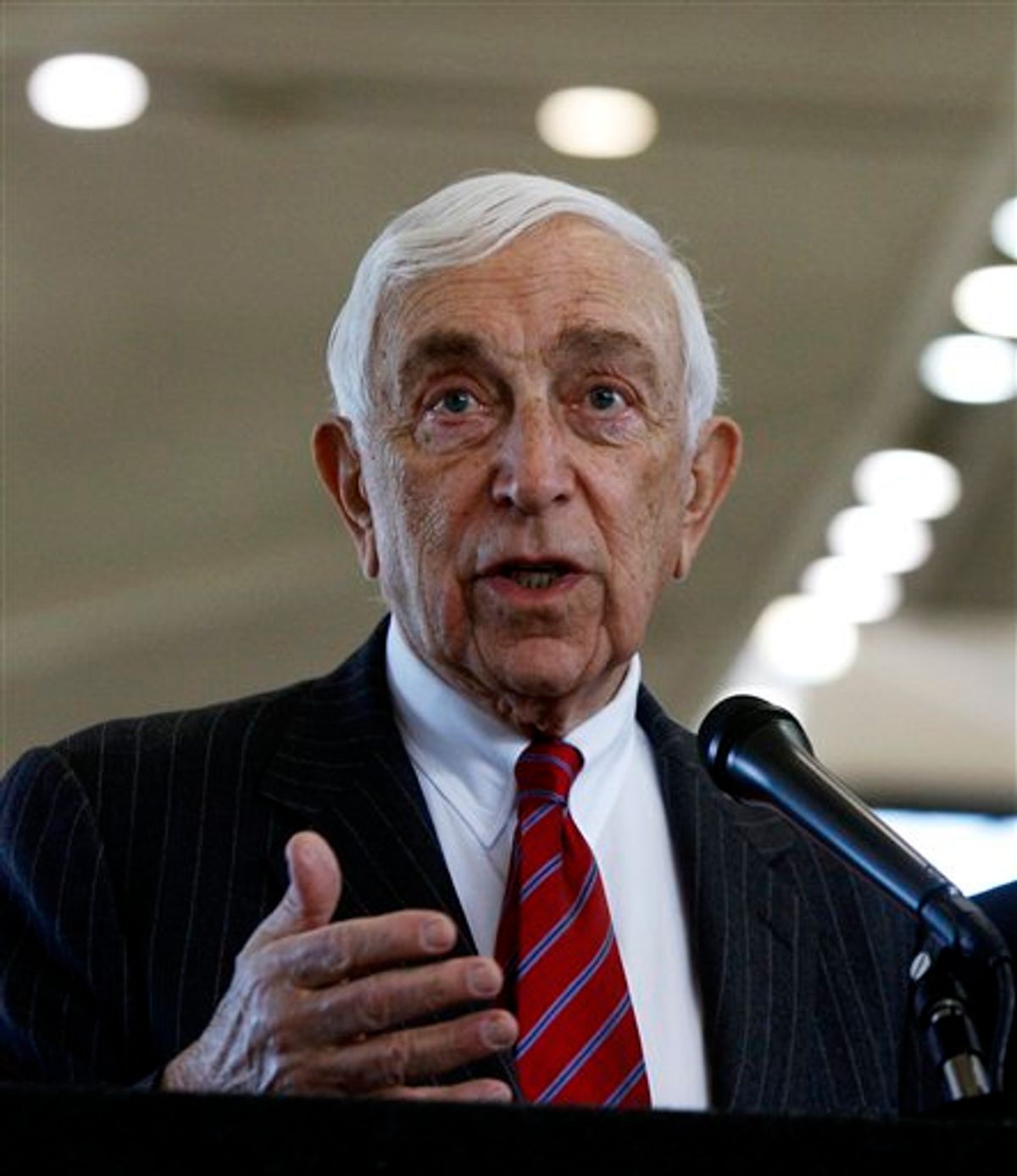 The New Jersey political world – and that most certainly includes Chris Christie and his inner circle – was well aware of Frank Lautenberg’s failing health long before he succumbed to viral pneumonia Monday morning at age 89. The senator’s rapid decline had fueled months of quiet and uncomfortably morbid conversations between and among members of both parties, who sought to balance basic good taste with the very practical questions that Lautenberg’s passing would raise.

Lautenberg announced in February that he wouldn’t seek another term in 2014. He had hoped to do this on his own terms, but Cory Booker’s poorly timed decision to throw his own name into the ’14 mix back in December created the impression that Lautenberg was surrendering in the face of a fight. After that February announcement, Lautenberg’s condition seemed to worsen and his prolonged absence from the Senate led members of both parties to conclude that he might resign or die before the end of next year.

Because this year’s regularly scheduled election is still five months away, there will have to be a special Senate election sometime this year. In terms of raw politics, this is not the ideal situation for Gov. Chris Christie – and it may not be the preferred scenario for Democrats either. Here’s how it looks from each perspective:

Christie: The governor is coasting to an easy reelection victory over Democrat Barbara Buono. Before Lautenberg’s passing, the big news on Monday was that a number of top-tier Democratic donors are lining up to support Christie, who leads by about 30 points in polling. Of all of the nation’s Republican governors, Christie leads the most Democratic-friendly state; New Jersey voted for President Obama by 18 points last year.

Christie, obviously, is hoping to rack up the kind of lopsided margin that might enhance his stature for a 2016 presidential race. To date, he has skillfully divided New Jersey’s Democratic Party, peeling off critical legislative and electoral support from across the aisle. His main concern when it comes to this November is to avoid saying or doing anything that might give wayward Democrats reason to return to the fold.

This is why those around Christie aren’t pleased with the prospect of a special Senate election on the same day as the gubernatorial election. All of the advantages that Christie enjoys over Buono will not be enjoyed by the Republican candidate in the Senate race – even if that candidate gets a few months of quasi-incumbency through an appointment by Christie. In the best case scenario for Republicans, the Senate race will be close. In the worst case, it’s another double-digit blowout loss – a concern that will be heightened if the Democratic candidate is Cory Booker. Under this scenario, the Democratic candidate for Senate could potentially boost the performance of Buono, making the gubernatorial race closer than it should be. And this is why it won’t be surprising if Christie looks for a way to justify holding a separate special Senate election this year. But this would be tricky. Elections are expensive and Christie would risk being accused of wasting taxpayer money on an effort to make himself look better on Election Day. It will be a lot easier for him to do this if Democrats were to also call for a separate special election ...

Democrats: … and it’s possible they will. Or that some of them will. Buono clearly has an incentive for the Senate and gubernatorial elections to be concurrent. It might not end up helping her that much, but it couldn’t hurt. But for the Democratic Senate candidate – whomever it ends up being – it’s a different story. The risk of concurrent elections for that candidate would be that Christie’s popularity rubs off on the Republican Senate candidate, boosting his/her performance by a few critical points.

Then there’s the question of candidates. On the Democratic side, we know that Cory Booker, the mayor of Newark, wants to run. Frank Pallone, who has represented the Shore-area in the House since 1988, has also made his interest clear. Pallone has some serious money in the bank and has passed on several previous opportunities to try for the Senate. But because this will be a special election, he won’t have anything to risk this time. Even if he loses to Booker in the primary (or loses the general election to a Republican), he could return to his safe House seat.

On the Republican side, there’s … not much. The state GOP’s bench is very weak at this point. Tom Kean Jr.’s name will be mentioned. He ran against Bob Menendez in 2006, impressed few with his debate and communication skills, and lost by 9 points. There’s also Joe Kyrillos, who lost to Menendez last year by 19 points. Kyrillos, a longtime state senator, was once a rising star in state GOP politics and is friends with Christie. But Christie also didn’t want Kyrillos to run for the Senate last year, and his poor showing against Menendez may have hurt his stock. Christie’s lieutenant governor, Kim Guadagno, could also be in the mix, along with others.

There’s also nothing to prevent Christie from tapping a caretaker – an elder statesman (like, say, former Gov. Tom Kean Sr.) to occupy the seat for the rest of this year while the special election plays out. Of course, Republicans in New Jersey have some experience with caretaker senators. When Democratic Sen. Harrison Williams was convicted of bribery over Abscam in 1982, then-Gov. Kean chose an interim senator, Nicholas Brady, to fill the seat. This denied the Republican candidate, Millicent Fenwick, any of the benefits of incumbency and probably helped her Democratic opponent narrowly defeat her that fall. That Democratic candidate’s name was Frank Lautenberg.

Update: It now appears there are conflicting statutes in play here. One indicates that the election must be held this year, as described above; the other suggests that Christie could select an appointee who wouldn't have to run until 2014. According to the Star-Ledger, the state Office of Legislative Services issued an opinion today that took the latter view. This might be the preferred course for Christie, but the state's Democratic chairman told the Ledger that he thinks the statute calling for an immediate special election this year should be honored because it is more recent. The possibility that this will end up in court looms -- something that the New Jersey political world is accustomed to.