"The Fosters" could be this summer's answer to "The OC"

If that Fox classic and "Switched at Birth" had a TV baby, it might look something like "The Fosters" 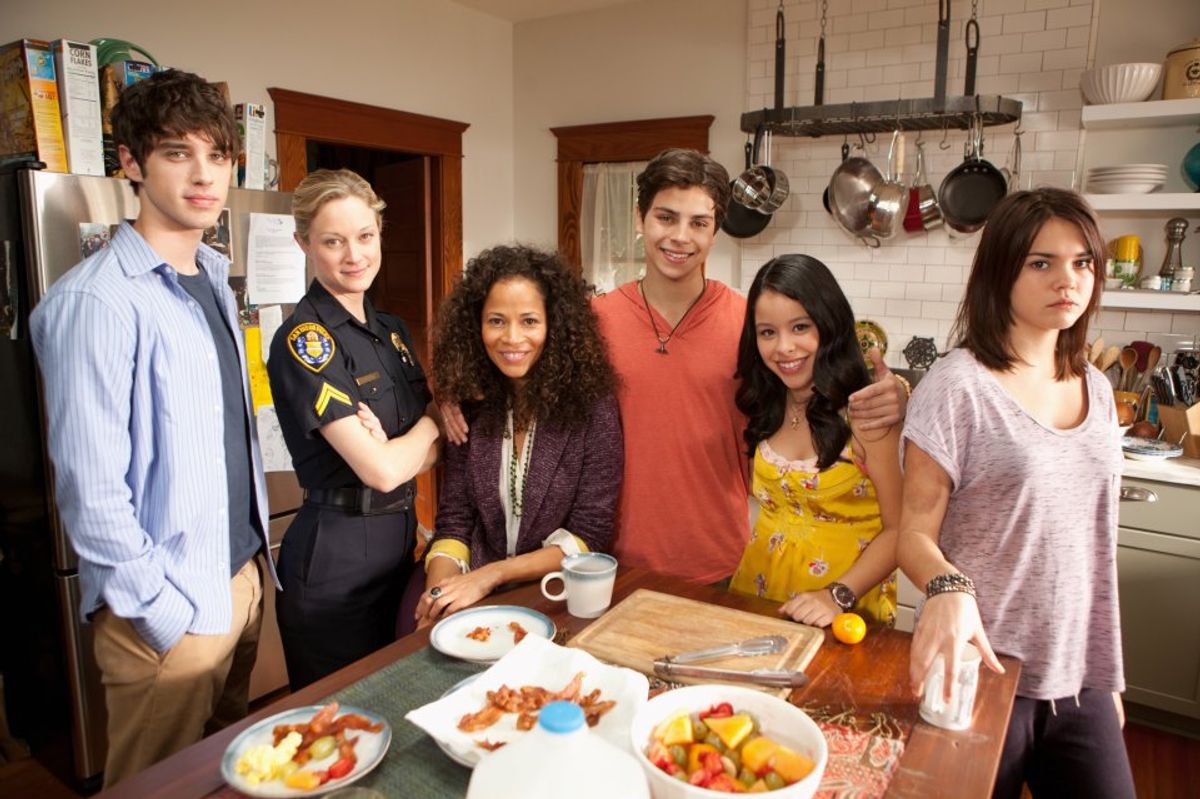 Over the past few years, ABC Family has been more reliably successful than its big sister network ABC, a feat it has accomplished by releasing a host of very well-executed shows that explore the same subject: the friends and families of teenage girls. You know the kind of show you are going to get from ABC Family, a predictability that is great for branding — and ratings. (Not knowing what you are going to get from them has become the network’s biggest liability.)

ABC Family's programs — shows like “Switched at Birth,” “Pretty Little Liars,” “The Secret Life of the American Teenager,” “Bunheads” — are aimed at teens and the women who like shows allegedly aimed at teens and they all have a similar feel. (Except for the great “Bunheads,” which is too idiosyncratic to feel like anything else, even as it checks off many of the ABC Family boxes.) The shows have a soapy structure, but usually a moral imperative. The shows are often political, but the political is expressed in entirely personal ways.  The series are not taxing, but they are not stupid. Teenagers break the rules, but they do so in recognizably teenage ways. They may get pregnant and drunk, but they are not like the alienating hyper-sophisticated “teenagers” one could find on “Gossip Girl.” These kids have parents, who, good or bad, are seriously involved in their lives.

ABC Family programs all year long, but summer is its ideal season. Maybe that’s because it is hardly ever cold on ABC Family shows (they’re almost all set in California), or because I was raised in the “Beverly Hills 90210” era and always associate summer with teen dramas. But it’s also because a good ABC Family show is like a good beach read: great plot, great character, compelling without being too heavy.

Its newest show certainly fits the bill. “The Fosters” is about a family named Foster that is full of foster children. (The puns, thankfully, end there.) It stars Teri Polo (the wife in the “Meet the Parents” movies) as Stef Foster, a police officer married to Lena Foster (Sherri Saum). The couple have three teenage children: Stef’s biological son from a previous relationship and twins they began fostering eight years ago and adopted five years ago, who still speak in Spanish to each other when they don’t want their moms to understand them. It's your basic black-white-Hispanic-adopted-biological-lesbian family. They have a warm, functional California home that will, eventually, reveal itself to contain lots of secrets, but for now is basically a place of domestic stability and bliss, where everyone eats dinner together and talks over each other cutely at breakfast. Into this idyllic circumstance, Lena brings another troubled, teenage foster child, Callie, who, despite her traumatic past, is a good kid, who will likely adjust her bad attitude when she realizes she has just gotten insanely lucky.

Like “Switched at Birth,” “The Fosters’” title suggests it is about something soapy. It's really about family, and an extremely diverse one at that. (When Callie sits down to dinner, she asks, “So you’re dykes?" Dryly, one of the twins responds, "We like to think of them as people.”) Despite the birth switcheroo that kicked off “Switched at Birth,” the show explores the intersection of the hearing and deaf communities, as expressed in one sprawling, complicated family. Foster care figures  into “The Fosters'” first episode, but nobody is going back into the system on this show. Instead it's about how this family makes more space for its newest members.

And that means the show that “The Fosters” most resembles is the best summer show of all: “The OC,” in which a highly functional SoCal clan took in a troubled boy and made him their son. “The Fosters” has no character as singular, charming or chatty as Seth Cohen, which — like every other show on TV — it could use. But Callie has a lot of Ryan Atwood in her and Stef and Lena’s marriage seems as functional, appealing and aspirational as the Cohens'. If "The Fosters" ends up being half as good as "The OC," I'll be watching all summer long.