A new study finds that, when choosing friends, women snub other women they think are sexually permissive 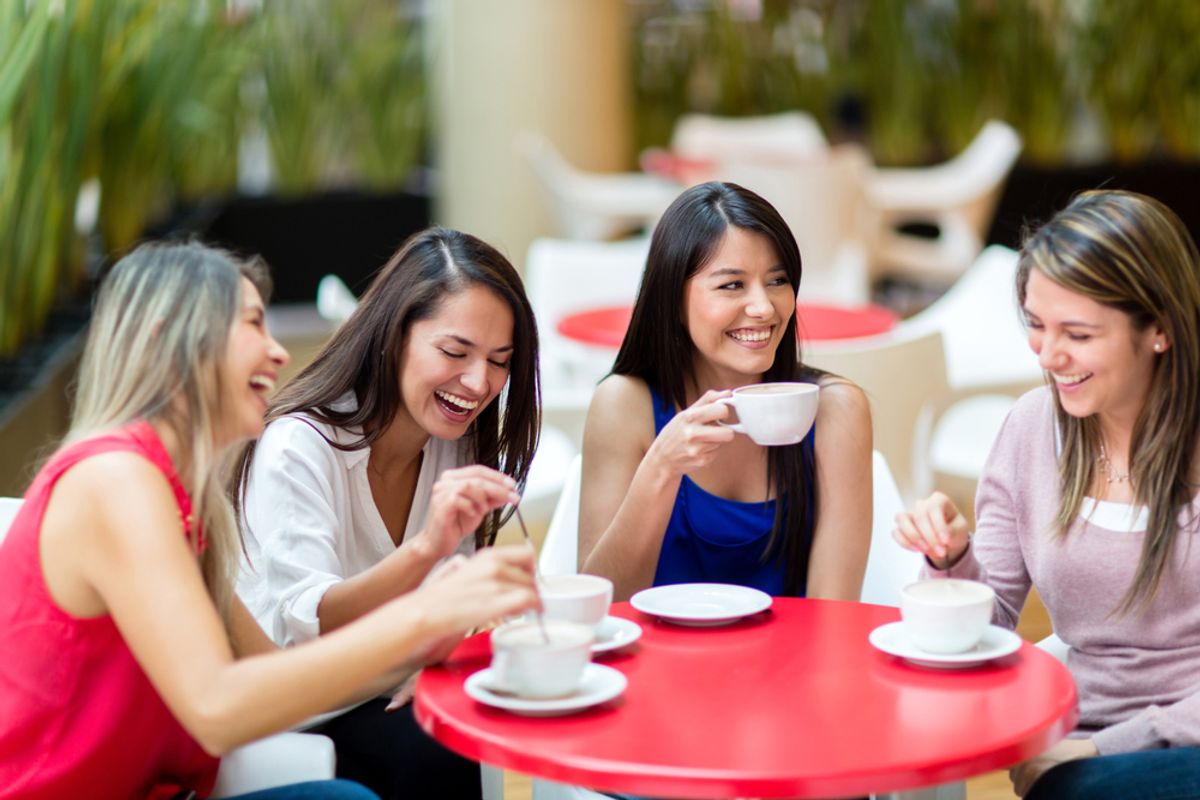 A recent study out from Cornell University finds that, when it comes to selecting female friends, college-aged women seem to prefer prudes, placing the sexually adventurous among them at risk for social stigmatization and isolation, researchers say.

For the study, 751 college students provided information about their past sexual experience and their views on casual sex. They read a near-identical vignette about a male or female peer, with the only difference being the character's number of lifetime sexual partners (two or 20). Researchers asked them to rate the person on a range of friendship factors, including warmth, competence, morality, emotional stability and overall likability.

Across all female participants, women -- regardless of their own promiscuity -- viewed sexually permissive women more negatively on nine of ten friendship attributes, judging them more favorably only on their outgoingness. Permissive men only identified two measures, mate guarding and dislike of sexuality, where they favored less sexually active men as friends, showing no preference or favoring the more promiscuous men on the eight other variables; even more sexually modest men preferred the non-permissive potential friend in only half of all variables.

The study's findings were surprising, lead researcher Zhana Vrangalova told Salon over email; Vrangalova and her colleagues had expected sexually active women to judge other women less negatively based on their sexual histories than others, but actually found the opposite to be true in their research sample:

On the one hand, there is a very well-established finding in sociology and psychology that people become friends and lovers with those similar to them in all sorts of characteristics (demographics, intelligence, attitudes, etc.) -- called homophily. So based on the homophily principle, we expected that promiscuous people might like other promiscuous people as friends.

In the case of women, the latter hypothesis turned out to be correct: in 9 out of 10 outcomes relevant for friendships that we looked at, the promiscuous women preferred the non-promiscuous friend. This was such a robust finding that probably both evolutionary concerns and social stigma play a role.

Despite the study's findings that women reject friendships with women who they think "get around," none of the women in this category reported feeling lonely, or lacking friends, according to Vrangalova:

I analyzed that data a few weeks ago and more promiscuous women (and men) do not appear to be any more isolated or lonely, which is really interesting and requires further research into why and how they manage to maintain friendships and sense of connectedness despite being rejected from females as friends and from men as long-term partners (which other studies have showed).

It's easy enough to understand how women would judge other women harshly in a culture that tends to punish female sexual appetites, but the study's findings also run counter to popular representations of female friendship ("Sex and the City" is practically a documentary, right?) and many women's actual experiences.

Vrangalova plans to follow up her research with another study exploring the apparent gap between research and reality, so stay tuned.