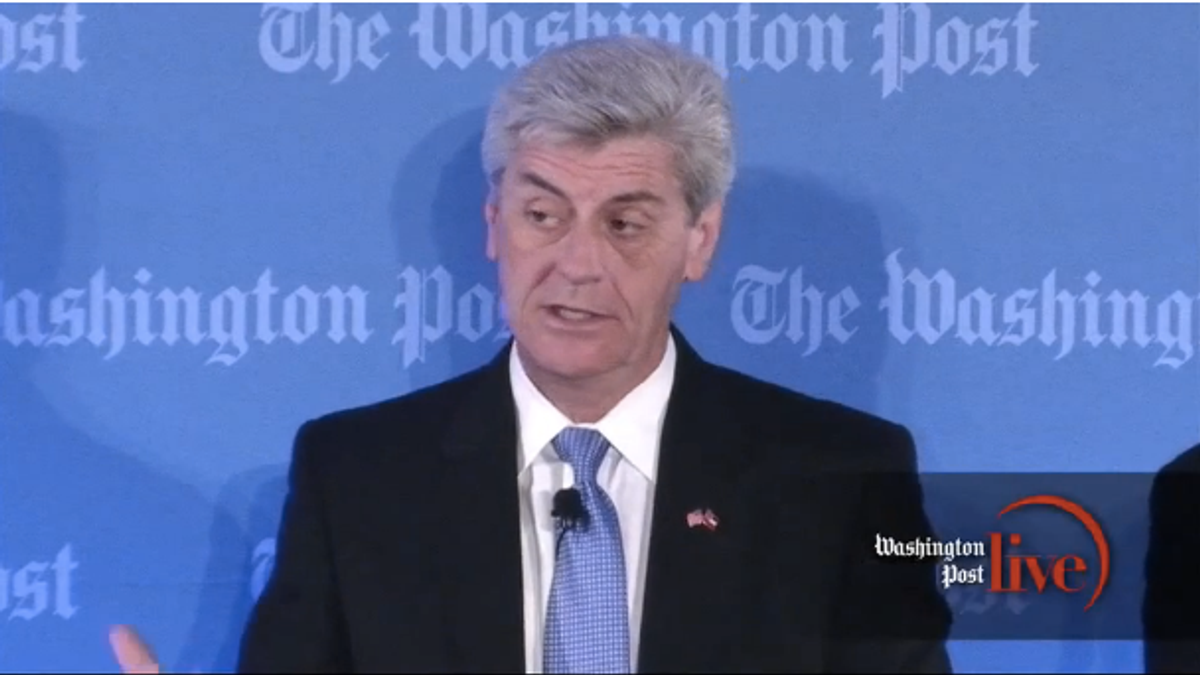 In response to a question about why America has fallen behind in global educational outcomes (the United States placed 17th among a ranking of 50 countries in 2012), Mississippi Gov. Phil Bryant (R) said Tuesday that the problem began when "mom got in the work place."

Bryant quickly noted that his remark about working mothers was "controversial" and would get him "a lot of emails," and attempted to clarify that he meant working parents in general: "In today’s society parents are so challenged. They’re working overtime.”

But, contrary to what Bryant may believe, working mothers don't seem to be a problem in Finland, the top-rated country for education. According to 2013 data, more than 70 percent of mothers in Finland work, which is right on par with numbers in the United States. So the problem may have more to do with, say, the American education system, than with women's increasing role as breadwinners, as a report from Stanford University notes:

In the last decades, U.S. and Finnish education policies have appeared to be moving in opposite directions. While U.S. public schools moved to standardized testing, Finnish schools eschewed nationwide tests to evaluate teachers, students or schools, instead relying on sample-based testing and school principals to identify potential problems, [Pasi Sahlberg, a Finnish education expert] said.

While U.S. public schools are locally funded, usually from property taxes, and rewarded based on high performance through programs such as the U.S. Department of Education's Race to the Top grants, Finnish schools are nationally funded based on the number of students. Schools are provided additional funding if they have a higher proportion of immigrants or students whose parents are uneducated or unemployed, he said.

[Linda] Darling-Hammond [co-director of the Stanford Center for Opportunity Policy in Education] who wrote about the Finnish educational system in her book The Flat World and Education: How America's Commitment to Equity Will Determine Our Future, also contrasted America's test-based teaching to Finland's more flexible system.

"The [Finnish] curricula are very much focused on critical thinking and problem solving, project-based learning, and learning to learn," she said. "There is a lot of collaboration in the classroom."