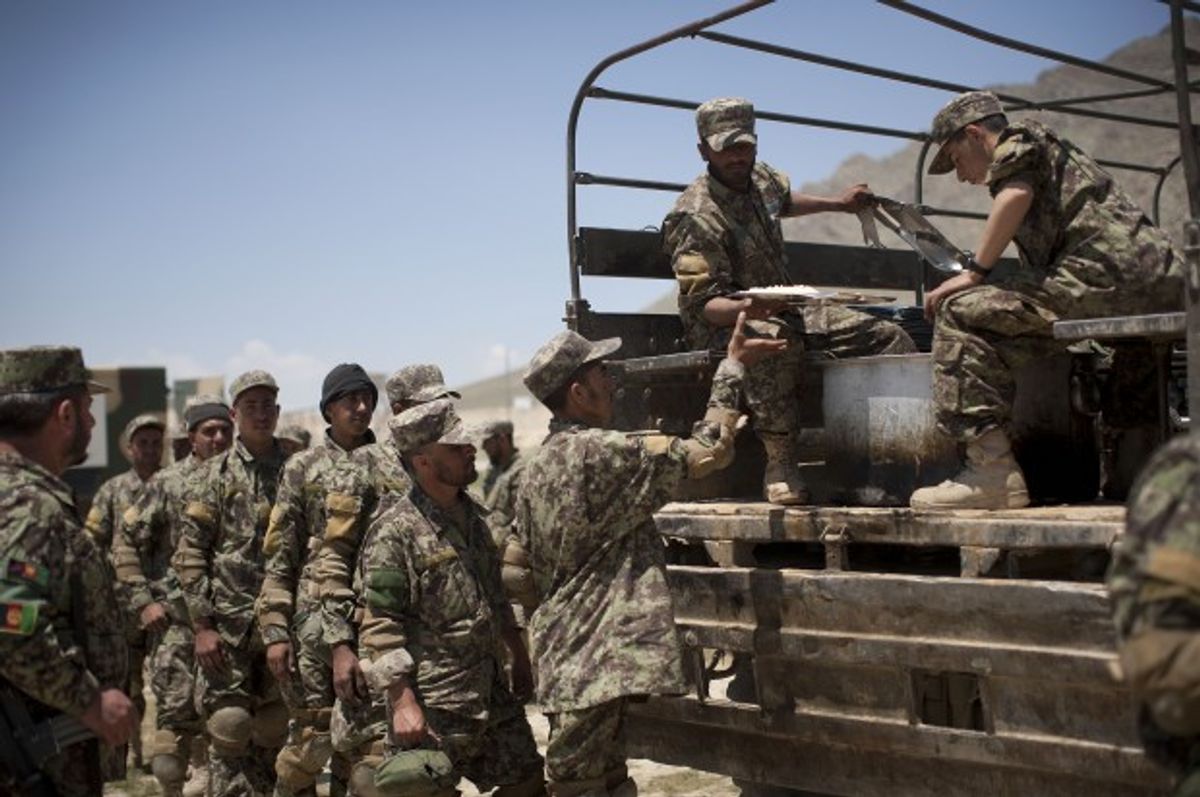 WASHINGTON (AP) — Determined to stop sexual assault in the military, Congress is spelling out for the services how far lawmakers are willing to go in changing the decades-old military justice system.

The chairman of the Joint Chiefs of Staff, Gen. Martin Dempsey, and officers heading each branch of the military were to testify Tuesday on Capitol Hill, but it will be members of the Senate who will provide clues as to whether Congress embraces a far-reaching approach to limit the authority that commanders have to discipline the forces they lead.

Sen. Kirsten Gillibrand, D-N.Y., is a proponent of ambitious legislation that would remove commanders from the process of deciding whether serious crimes, including sexual misconduct cases, go to trial. That judgment would rest with seasoned trial counsels who have prosecutorial experience and hold the rank of colonel or above.

The military has serious reservations about Gillibrand's plan, concerned that stripping commanders of some authority would make it difficult for them to maintain good order and discipline. Not so, say some lawmakers, who argue that the military's piecemeal approach clearly hasn't been the answer.

The Pentagon estimated in a recent report that as many as 26,000 military members may have been sexually assaulted last year, up from an estimated 19,000 assaults in 2012, based on an anonymous survey of military personnel. While the number of sexual assaults that members of the military actually reported rose 6 percent to 3,374 in 2012, thousands of victims were still unwilling to come forward despite new oversight and assistance programs aimed at curbing the crimes, the report said.

Sen. Barbara Mikulski, D-Md., a co-sponsor of the Gillibrand bill and chairwoman of the Senate Appropriations Committee, called the legislation "bold" and "out of the box." She dismissed concerns that it goes too far in overhauling the military justice system, saying it's time to try a new approach to solving a problem that has persisted for years.

"I think 26,000 sexual assaults is going too far," Mikulski said. "And now there is even a criminal investigation of the football team at the Naval Academy, where we are training the next best."

A steady drumbeat of high-profile cases combined with the most recent statistics from the Pentagon have spurred Congress to move aggressively on legislation to deal with sexual assault in the military.

Last week, the Pentagon said the U.S. Naval Academy is investigating allegations that three football team members sexually assaulted a female midshipman at an off-campus house more than a year ago. A lawyer for the woman says she was "ostracized" on campus after she reported it.

In recent weeks, a soldier at the U.S. Military Academy was charged with secretly photographing women, including in a bathroom. The Air Force officer who led the service's Sexual Assault Prevention and Response unit was arrested on charges of groping a woman. And the manager of the Army's sexual assault response program at Fort Campbell, Ky., was relieved of his post after his arrest in a domestic dispute with his ex-wife.

Crucial will be the views of senior members of the Senate Armed Services Committee such as Chairman Carl Levin, D-Mich., and several of the female members such as Sen. Kelly Ayotte, R-N.H., and Deb Fischer, R-Neb.

Levin declined Monday to say which of the proposals he supports. But he said there were appropriate questions to be asked about the impact on the military of curtailing the authority of commanders to discipline troops in their units.

Oklahoma Sen. James Inhofe, top Republican on the committee, said he was wary of proposals to restrict the authority of commanders to discipline their troops.

"To take the commander out of the process will invite failure," Inhofe said in a speech on the Senate floor Monday. "These commanders have to make decisions to send our brave troops into battle. How ludicrous is it that we would say to our commanders, 'You've got to make a decision to send one of our kids into battle where they may end up losing their life, but you can't participate in the justice system of the troops.' It doesn't make any sense at all."

In the House, Reps. Michael Turner, R-Ohio, and Niki Tsongas, D-Mass., have crafted legislation that would establish dismissal or dishonorable discharge as the mandatory minimum sentence under military law for service members found guilty of rape, sexual assault, forcible sodomy or an attempt to commit those offenses. Commanders also would be barred from reducing or commuting the minimum sentence except in situations in which the accused substantially aided the government in the investigation or prosecution of another assailant.

Their bill, however, stops short of taking those cases outside the military chain of command.