What to watch instead of "Mistresses"

Looking for a fun summer soap? Check out the original British version of ABC's new show 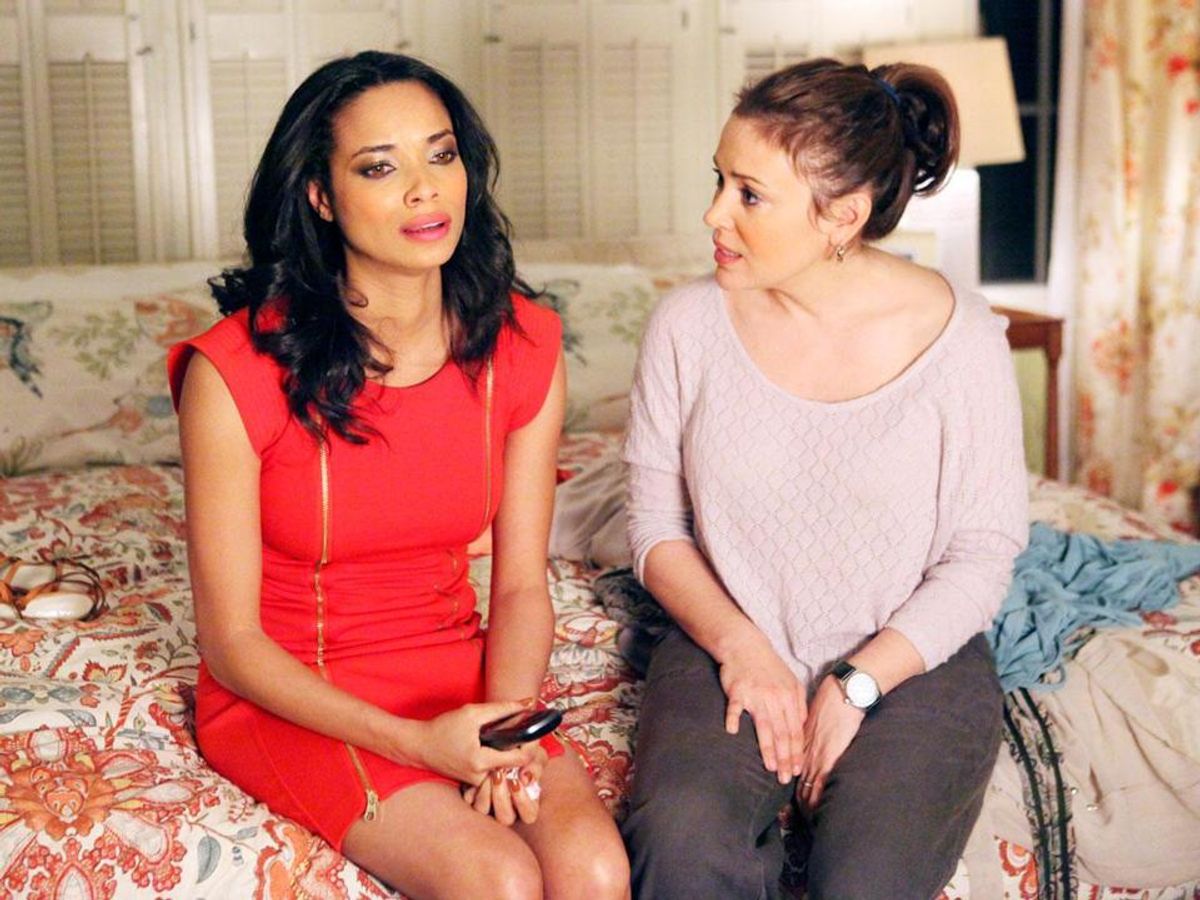 Last night, ABC premiered “Mistresses,” a pure soap opera about the love and sex lives of four female friends that’s more romance novel than “Sex and the City.” The series was supposed to premiere many, many months ago, but kept getting pushed back and back, probably because it’s not very good. It is, however, the kind of not very good one might at least consider watching during summer, the season when trashy content is at its most appealing and the competition at its least thick.

The four women — Savi (Alyssa Milano, who should be playing the wife in a multi-camera sitcom any second now; she has that long-suffering competence thing going on, even when she's supposed to be playing sexy and naughty), her wild sister Joss (the lively Jes Macallan), their widowed mom friend April (Rochelle Aytes), and shrink pal Karen ("Lost's" Yunjin Kim)-— are not, as the titles suggests, all mistresses, just most of them. Savi is a lawyer married to a hunky chef with fertility problems who starts sleeping with her boss. Real estate agent Joss sleeps with everyone and is about to start sleeping with a girl. April’s flirting with a dad, but her dead husband may have been someone else’s baby daddy. And Karen is coming out of a love affair with a man who died by getting embroiled in something inappropriate with his son.

All of this plot, with some minor variations, is swiped from a British series also called “Mistresses,” which is far superior in almost every way. Don't get me wrong, the original "Mistresses" is supremely trashy too, but that's what it's going for. Watching the two shows back to back, I was surprised at how much better one self-serious melodrama can be than another, even when they share a number of plot points. In the British version, the four women actually seem like friends. They hang out, they laugh, they like each other, they seem to know each other. When the women make really terrible choices, they seem to reflect some deeper psychological issues, not, as in the American version, just to be the kind of naughty, reckless things people do on TV. It's much more emo (the lighting is darker, the characters cry more). It's also much sexier. And the women are allowed to have wrinkles, imperfect makeup, thrown together outfits. Plus, it’s just three seasons and 16 episodes long, which means there will likely be more of it than the American “Mistresses” and if you start now, you’ll be done just in time for September.