The "casual gaming" company blames smartphones for mass layoffs. How about boring games? 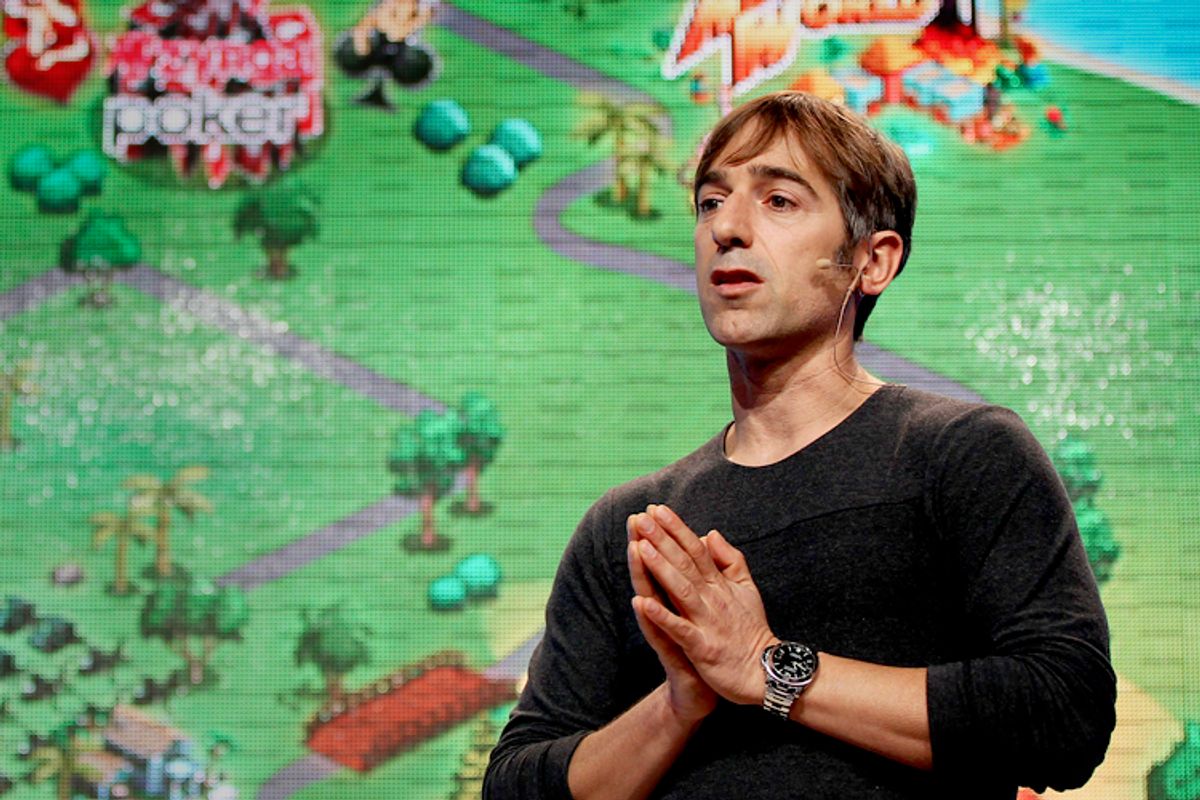 Zynga, the "casual gaming" company most famous for Farmville and Mafia Wars, laid off 520 employees on Monday. That's 18 percent of the staff, and despite brave talk from founder and CEO Marc Pincus, there's no guarantee the bloodletting will stop there. Zynga has been "hemorrhaging" users for months. The company's share price has tumbled drastically ever since its 2011 IPO. Worst of all, when discussing the biggest tech company implosions of the last decade, the name Zynga is now being mentioned in the same breath as MySpace.

In an email sent to staff, Pincus placed the blame for the layoffs on the company's failure to establish a significant beachhead on mobile devices.

The scale that served us so well in building and delivering the leading social gaming service on the Web is now making it hard to successfully lead across mobile and multiplatform, which is where social games are going to be played.

Some usually acute tech press analysts are repeating Pincus' excuse uncritically. Zynga failed to realize how quickly the world was shifting to smartphones and tablets, so the argument goes, and now has to play catch-up.

It is true that the shift to mobile has been faster and more overwhelming than most people predicted. Even so, Marc Pincus has been in the start-up game long enough that this kind of industry transformation should not have taken him unawares. (Maybe he was too busy cashing in on the IPO?).

But there are deeper things awry at Zynga than a disastrous strategic error. The funny thing is, "casual games" is a category that, in theory, is perfect for mobile. You're waiting for the bus, you're stuck in an airport, you've got time to kill -- you pull out your phone and play something quick and easy. Adapting Zynga games for the smartphone should have been a lot easier than, say "World of Warcraft" or "Call of Duty."

The real reason for Zynga's failure is that its flagship games just aren't very interesting. Or, to borrow Gawker's terminology, they're "mindnumbingly dull." The competition for gamer attention on mobile devices is intense. Game developers need to be clever and captivating and constantly evolving. Natural selection is brutal in online gaming. Zynga's early success piggybacked the phenomenal rise of Facebook, but once the novelty wore off, gamer expectations rose.

It's harder to make it in mobile, so yes, admitting that Zynga bungled the transition to mobile is a potent excuse. But making that transition with boring games? That was never going to happen, no matter how adroitly Zynga's executives recognized which way the wind was blowing.

It's tempting to look at Zynga's failures and see another tech bubble popping. That's always possible, but Zynga's failures seem more tied to the company's ability to execute than to the state of the industry. One tiny anecdote supporting this theory comes from BuzzFeed, which sent a reporter to hang out at the San Francisco bar where laid-off Zynga employees gathered on Monday.

“Are you safe?” became the default way to greet people. A tech recruiter named Trent Krupp from DeveloperAuction, chasing fresh — and perhaps raw — leads had dropped off business cards for the bartenders to hand out. He left an open bar: two free drinks for anyone from Zynga.