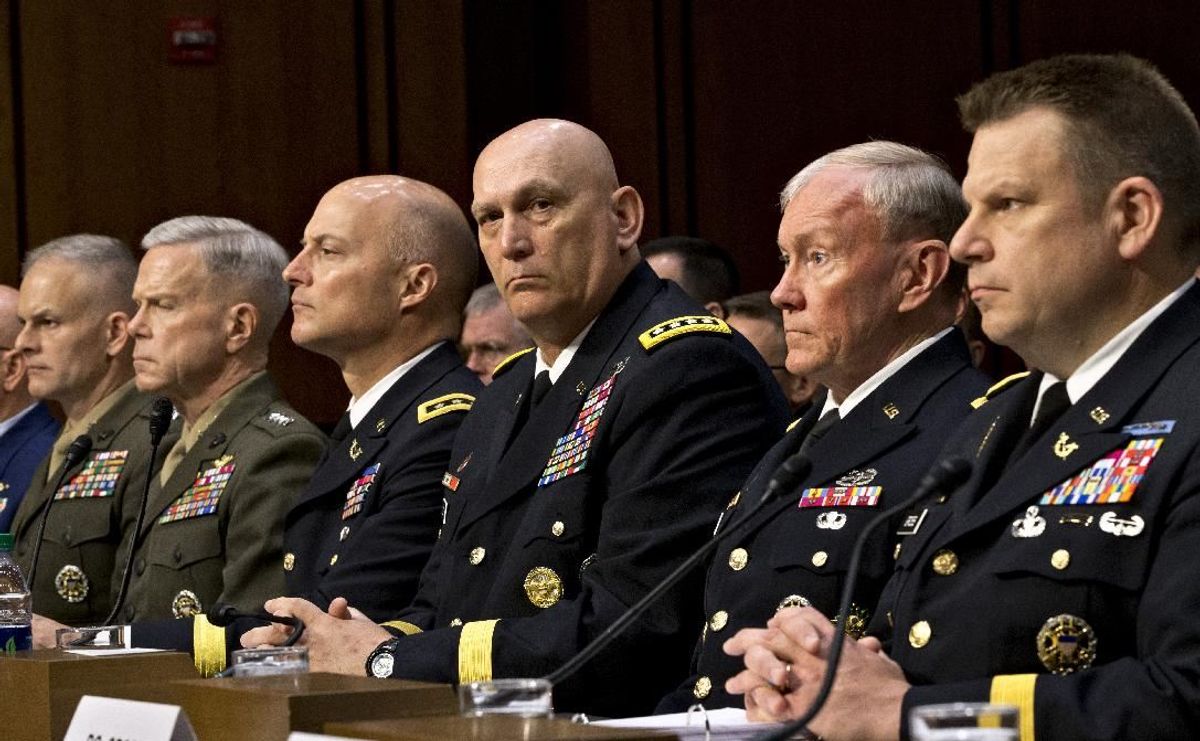 The responses of the Joint Chiefs of Staff and other military leaders during a Tuesday committee hearing on the military's sexual assault problem were "stunningly bad," according to Sen. Roy Blunt, R-Mo. After naval operations chief Jonathan W. Greenert failed to answer a question about how America's military allies had dealt with sexual assault among service members, Blunt, voicing exasperation shared by other members of the Armed Services Committee, spat: “Has anybody who works for you been asking this?”

The military leadership present on Tuesday seemed ill prepared for the senators' line of questioning, and resistant to many of their proposed reforms, as the New York Times reports:

Senators from both parties pressed the leaders, at times using strong language, about why, decades after the full integration of women into the military, the problem seems to have worsened. Senator John McCain, an Arizona Republican, recalled meeting with a woman whose daughter was considering entering the military if Mr. McCain, a former naval aviator, could offer his “unqualified support” of the choice. “I could not,” he said.

Over hours of testimony, each officer expressed remorse. “I took my eye off the ball in the commands I had,” said Gen. Martin E. Dempsey, chairman of the Joint Chiefs of Staff.

But they collectively resisted some of the more robust changes that have been proposed. “I recommend a measured approach,” said Gen. Ray Odierno, the Army chief of staff.

In response to a proposal from Sen. Kirsten E. Gillibrand, D-N.Y., that would give military prosecutors the power to decide which sexual assault cases will go to trial, removing commanders from the process and clearing the way for service members to report crimes without fear of professional retaliation, Odierno bristled: "Making commanders less responsible and less accountable will not work.”

But Gillibrand expressed doubts about leaving decisions about sexual assault cases in the hands of military commanders who may not understand or take them seriously, as the Times notes:

Ms. Gillibrand also chided the leaders for sometimes understating the gravity of some of the crimes before them, noting that one commander had told a victim that he believed her assailant had not “acted like a gentleman” but had not committed a crime. “Not every commander can distinguish between a slap on the ass and a rape,” Ms. Gillibrand said.