If the Bluths were Nintendo characters 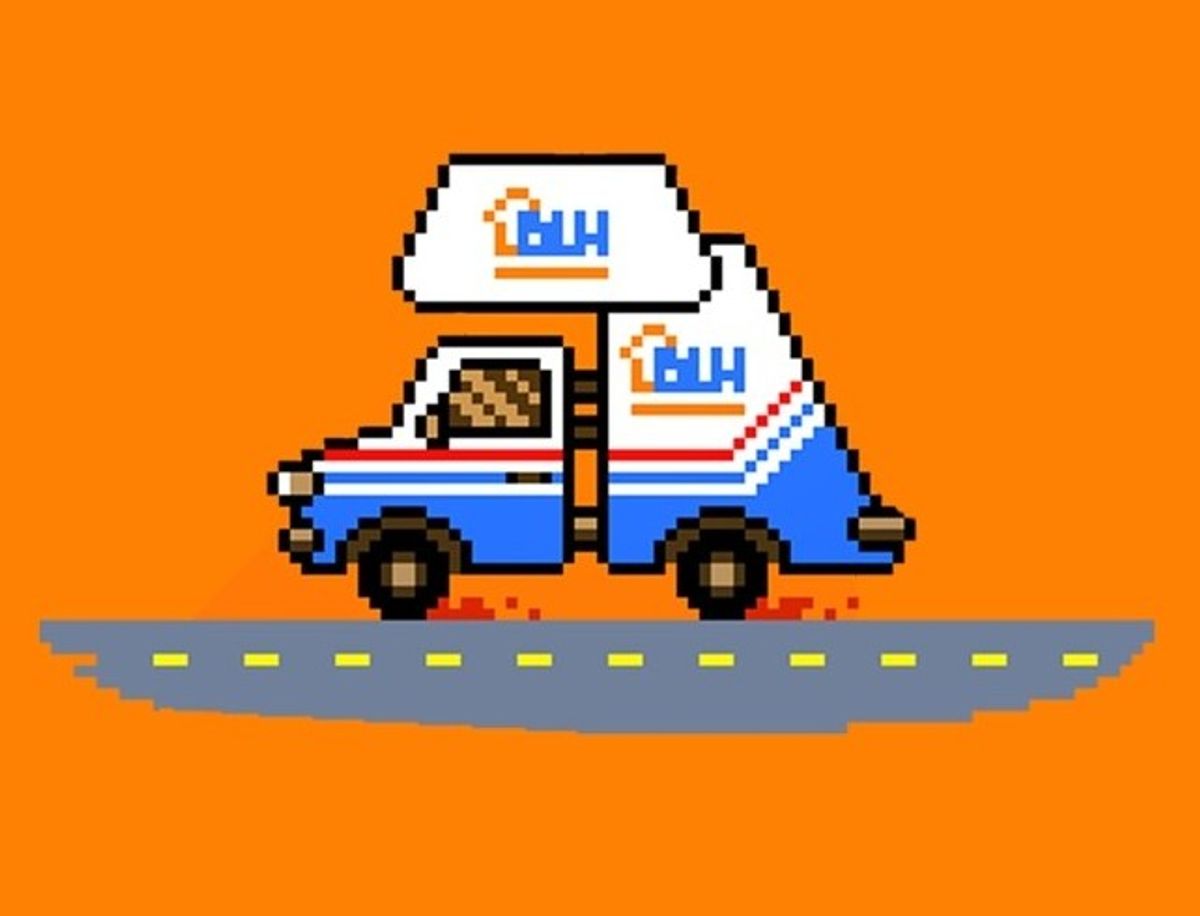 Here at the Daily Dot, we swap GIF images with each other every morning. Now we’re looping you in. In the Morning GIF, we feature a popular—or just plain cool—GIF we found on Reddit, Canvas, or elsewhere on the Internet.

Yoshi, of the Mario video game series, may be cute and able to swallow Goombas in a single gulp, but can he travel at more than 30 mph?

Because the stair car sure can.

The stair car is the primary mode of transportation for the Arrested Development's Bluth family. The car was once used to get the family into their private jet before it was sold in the first season of the show. Since then, the car has been mostly used by Michael Bluth… and by a freelance artist, T-shirt designer, and animator Drew Wise as part of his opening sequence for "Super Bluth Bros."

"Creating pixel art & animation is one of my biggest passions, so naturally, creating a window into what an Arrested Developmentretro video game could look like was an idea I couldn't resist," Wise told the Daily Dot.

Wise created the opening sequence for a Netflix-sponsored contest celebrating the release of Arrested Development's fourth season. Wise's entry didn't win, but a GIF of the opening sequence was a big success on Tumblr, collecting more than 1,000 notes and getting highlighted by the GIF tag.

"I think creating & design video games is my inevitable future," Wise added. "I'd definitely incorporate classic platforming seen in games like Super Mario Bros, exploring the different settings of the show, but also push it into a point and click adventure style game. I feel like that would compliment the structure of the show best, where you could be the reason things worked out, or went horribly wrong."