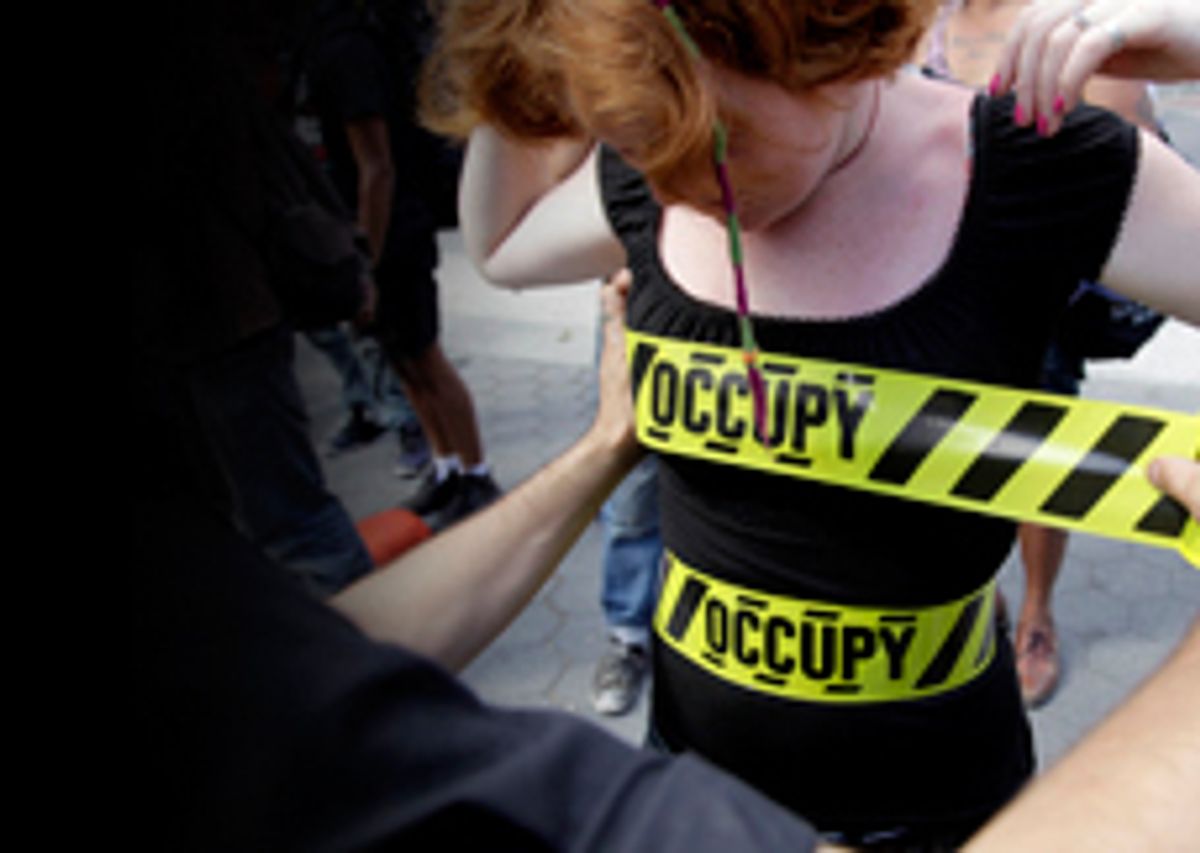 In light of news that every day the entirety of telecom giant Verizon's call system records are handed over to the NSA, news that Occupy Wall Street protest attendees' cellphones were logged should hardly come as a shock. It nonetheless bears noting that cellphone metadata of march and rally participants was likely specifically logged, as security expert Steven Ramdam recently noted. This means that individuals were directly targeted for their engagement with First Amendment-protected activity.

As Privacy SOS noted, the controversial security expert who gave a talk titled "Privacy Is Dead" -- advocating that we "get over it" -- said:

I can tell you that everybody that attended an Occupy Wall Street protest, and didn't turn their cell phone off, or put it -- and sometimes even if they did -- the identity of that cell phone has been logged, and everybody who was at that demonstration, whether they were arrested, not arrested, whether their photos were ID'd, whether an informant pointed them out, it's known they were there anyway. This is routine.

I can tell you that if you go into any police station right now, the first thing they do is tell you, "Oh I'm sorry you're not allowed to bring a cell phone in there. We'll hold it for you." Not a joke. And by the way it's a legitimate investigatory technique. But cell phones are now the little snitch in your pocket. Cell phones tell me where you are, what you do, who you talk to, everbody you associate with. Cell phone tells me [sic] intimate details of your life and character, including: Were you at a demonstration? Did you attend a mosque? Did you demonstrate in front of an abortion clinic? Did you get an abortion?