The best imaginary boyfriends of all time 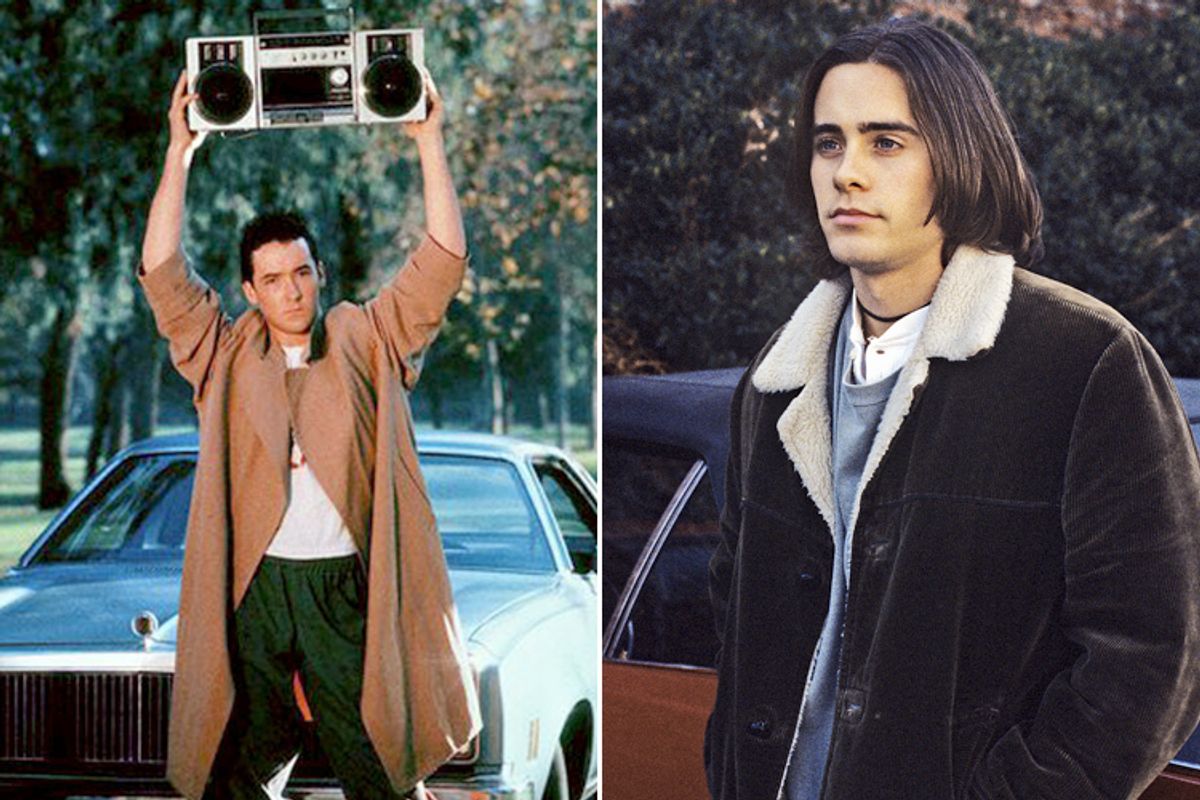 Maybe it's strange to hope your daughter falls in love with the same person you once did, but I couldn't help it. I'd hoped he'd win her heart as he had mine, even if he did a set a standard that no other man could quite achieve. And, in fact, when I showed my 13 year-old daughter "Say Anything" for the first time a few weeks ago, she was impressed. She laughed at all the right places, at jokes about shopping malls and Gas n' Sips. She said later it was one of her favorite movies ever. But, as it turned out, she was remarkably unmoved by Lloyd Dobler. The character who has preoccupied the fantasies of damn near every straight genx female for almost 25 years left my child, a young lady of an entirely different era, undeniably meh. But then, a week later, she went and fell in love with someone else. She had barely cracked her copy of "The Fault In Our Stars," and she was head over heels with Augustus Waters.

Every generation of teenaged girls needs its own imaginary objects of affection. Unlike a vast number of my peers, I never got on board with Jake Ryan, the dreamy crush of "Sixteen Candles," even if still can acknowledge the case for him. It goes like this: He's perfect. But Lloyd? Now there's a Reagan and Bush-era hero I can get behind. Lloyd is intense and athletic, polite but frequently pretty pissed off. He doesn't want to "sell anything bought or processed, or buy anything sold or processed, or process anything sold, bought, or processed, or repair anything sold, bought, or processed" as a career. And if you weren't there, I cannot even begin to how revelatory this dude was for many of us, facing our yuppie-dominated futures and thinking, please no. Lloyd isn't flaky or unfocused; he just doesn't want to pretend he's got it all figured out. More than that, he is, as his friend Corey says, not a guy. He's a man -- one who cheerfully puts himself out there, who admits, "I want to get hurt!" rather than play it cool and self-protective. How many of us have spent our adult lives looking for that fellow -- the one who will literally take a kick in the head for love?

I couldn't really expect my daughter, whose idea of romance is a shared pair of earbuds, to understand the profound ardor represented by a boom box held aloft. But though he's of a decidedly different time, Augustus Waters, a kid who meets the love of his life in a cancer support group, has a lot in common with his elder counterpart. He is, like Lloyd Dobler, an athlete -- a good fantasy boyfriend should have a degree of physicality, after all. But more importantly, like Lloyd, Augustus is both cracklingly sardonic and utterly vulnerable. He tosses off glib one-liners even when he's wracked with pain, but he's utterly seriously when he tells his beloved Hazel, "It would be a privilege to have my heart broken by you." And there it is, the kick in the head all over again. I can see why Hazel finds him irresistible. I can see why my kid -- and her buddies -- do too. My daughter told me recently, "My friends like to say through their tears -- 'Is it possible that a guy like this could exist?'"

Ah, if only. When I recently asked on Twitter who constituted the perfect fake boyfriend of our early years -- whatever those years may have been -- the boys were different but their most enduring qualities were remarkably similar. The dream crush of the nineties -- plaid-clad, floppy-haired "My So-Called Life's" Jordan Catalano, doesn't endure just because he's the swoony Jared Leto. It's because, as the series languorously revealed, he's flawed and messy. And a decade after Lloyd stood outside Diane's bedroom in "Say Anything," "Ten Things I Hate About You's" Patrick Verona likewise chooses to "sacrifice himself on the altar of dignity" for the girl he desires. "The Notebook's" Noah, in addition to being Ryan Gosling, has the masculine yet vulnerable thing down to a tee. "Dawson's Creek's" Pacey Witter? That guy wrote the book on hanging in there for the girl he loves. And it's little wonder that when I asked for ultimate fictional boyfriends, women across the spectrum, of all ages and stripes, cited Mr. Darcy, a guy who gets shot down and then bails out his beloved's sister anyway, and comes back with a renewed plea of love. That's not a guy; that's a man, all right.

That's the kind of stuff that sets the imaginary boyfriend apart. He's not broody like Edward Cullen or ultimately pretty boring like Jack Dawson. He's funny. He's devoted. He has useful skills like kickboxing or house building. But most significantly of all, what makes the perfect fictional boyfriend is that he loves a female who is formidable and fully realized in her own right. The Lloyds and Jordans and Augustuses wouldn't be so powerful, wouldn't keep melting and breaking hearts year after year, if their fangirls hadn't first fallen in love with their Diane Courts and Angela Chases and Hazel Grace Lancasters. My teenaged daughter has a little crush on the strong, devoted Peeta Mellark, but it'd be unimaginable if she didn't first and foremost fully idolize Katniss Everdeen. And while she hopes there's a healthier version of Augustus out there somewhere someday, she's already hunting down Rene Magritte-themed t-shirts like Hazel.

There's an eternal romance to the ideal boy. But Mr. Darcy falls in love with Elizabeth for what he calls the liveliness of her mind -- and so does every girl who obsesses over "Pride and Prejudice." When we're young, we dream of the person who will be kind and weird and protective toward us; we first begin to recognize that passionate and respectful and pretty outside the lines are a knockout combination. But those imaginary boyfriends are also a fabulous prism. We see them and through them we see the girls they adore. And the truly great love story of our young selves and our fictional prom dates isn't between those boys and us at all. It's between our real, imperfect selves and those butt kicking, lively-minded young women we are trying so hard to become.