Is bartending an art?

A documentary for the craft cocktail era, "Hey Bartender" chronicles the emerging craft of mixology 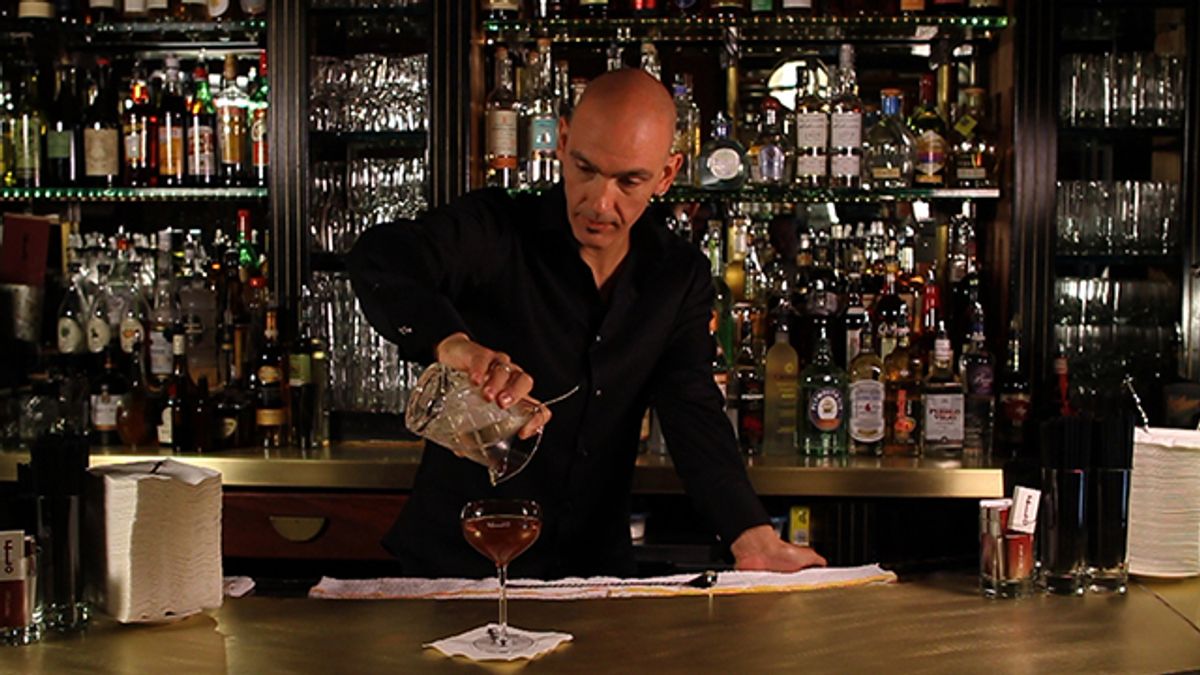 Some say bartenders are artists for the way they slowly pour their homemade grenadine into a glass creating layers of alternating colors. Others insist they’re craftsmen and craftswomen; choosing the label of “mixologist” in recognition of their recipe skills.

Belly up to the bar, whether at historic landmarks like Louisville’s Old Seelbach or cutting edge destinations like Employees Only (EO) in Manhattan’s West Village or your worn and friendly neighborhood tavern and ask yourself the question at the bottom of every empty glass.

In this post-postmodern age, are bartenders great artisans and are craft cocktails truly an art? Documentary filmmaker Douglas Tirola makes his case for bartending as a new art form via his feature Hey Bartender, which begins its platform release Friday in New York.

Quickly brush aside memories of the 1988 film Cocktail starring Tom Cruise and Bryan Brown as flamboyant bartenders who toss their shakers and themselves with Cirque du Soleil flair. If bartending is an art, then Tirola wants people to think about it differently.

“People talk about how there’s no flair in bartending but there’s this other type of flair,” says Tirola, who also produced the movie via his company, 4th Row Films. “It’s so sexual and beautiful the way bartenders stir and shake their drinks and put the ingredients in the shaker. Think about how they raise the bottle high and the stream can be long or short but it’s always beautiful and then putting the garnish in the glass. It’s personal and intimate and that’s part of what makes it so incredibly special especially in this digital world.”

Hey Bartender is straight-no-chaser moviemaking, true to the POV documentary playbook that bounces from Manhattan to the legendary Tales of the Cocktail conference in New Orleans and various bars in between. Tirola also breaks apart his string of interviews and Joe Jackson tunes with a brief history of drinking from a heyday prior to Prohibition to sugary seventies staples like apple martinis, the dark era of mass-produced liquors to finally, today’s craft cocktail era.

Like many subject documentaries, Hey Bartender speaks most powerfully to moviegoers that know the difference between a Boston Shaker and a Cobbler Shaker and seek out bars with three grades of artisanal ice — for better or worse.

For the rest of the audience, those who spend their summers sipping a simple gin and tonic, there are a couple of engaging personal stories to make the movie more than a cocktail history lesson.

Steve Schneider is a gangly ex-soldier whose military career comes to an abrupt end due to a bar fight but reinvents himself working at EO. Schneider desperately wants the UNIQLO jacket that confirms his status as an EO bartender and his journey from bar back to apprentice to full bartender is fascinating.

Away from the city, Hey Bartender takes audiences to Westport, Connecticut and the roadside restaurant Dunville’s to see if its owner can turn around plummeting sales by introducing handcrafted cocktails.

Throughout the movie, Tirola keeps the spotlight on the objets d’art of his movie, the subtle beauty of a coupe glass and the citrus finish of a Mata Hari cocktail shaken by Zaric. Tirola shows audiences that light plays an important role in the finished cocktail, temperature even more so. He reveals the psychology of the curving EO bar, constructed so every customer can see every other customer.

The whack of a large wooden mallet onto a block of artisanal ice brings extra drama to the storytelling. We learn the bartender routine of up all night, sleep all day and repeat, a nightcrawler model that many artists can understand.