There’s plenty of fault to go around, from Bush to Obama to NSA itself. But the legislative branch truly failed us 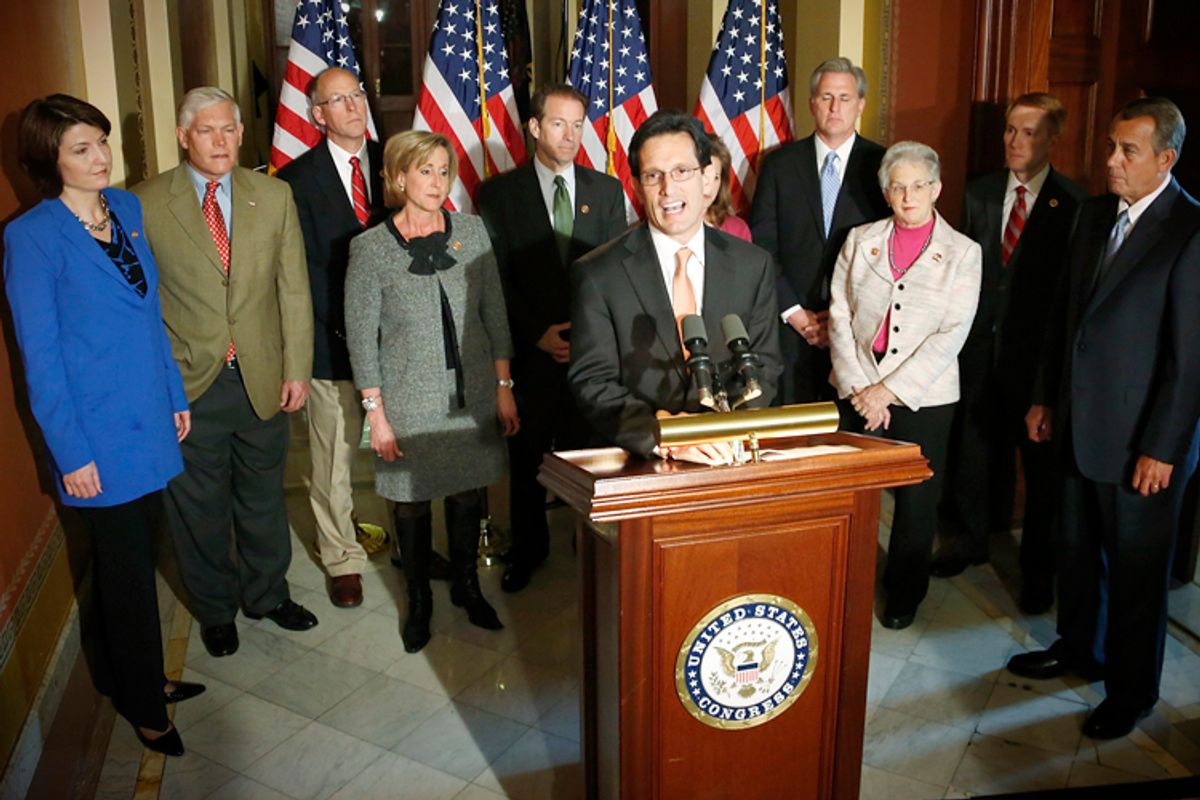 If you don’t like the revelations this week about what the NSA has been up to regarding your phone and Internet data, whom should you blame?

The NSA? Sure. But the nature of intelligence agencies is to gather intelligence. Yes, they should know and observe limits, but realistically don’t expect any more from them than staying within the law, which appears to have been the case here.

The courts? Judges approved what’s been going on. Did they stretch the law in favor of the government? Perhaps. And, generally, the courts could have found the entire process unconstitutional, but the Supreme Court hasn’t been interested in aggressively expanding the Fourth Amendment any time recently. Feel free to assign them some blame, and watch the reporting to discover how much.

George W. Bush? PRISM began while he was in the White House, and his overall record on civil liberties was abysmal. Barack Obama? He, at least as far as we know, stayed within the law. But, yes, if you don’t approve of what NSA has been doing, both Bush and Obama deserve some of the blame. The private companies that cooperated? Yeah, them too. The law pushed them, but they seem to have had options.

Did you notice the word I used in each of the other cases? The key word: law. As far as we know, everything that happened here was fully within the law. So if something was allowed that shouldn’t have been allowed, the problem is, in the first place, the laws. And that means Congress.

As the Washington Post reports, two laws in particular. The Protect America Act of 2007 passed the Senate 60-28; Democrats split with 17 voting in favor and 28 against, while Republicans were unanimous in support. In the House, Democrats opposed it by a wide 41-181 margin, while Republicans vote for it 186-2. However, Democrats can’t simply pass the blame; they had majorities in both chambers and could have brought different measures to the floor. And then the next year the FISA Amendments bill had a similar partisan breakdown, although with a bit more Democratic support. The latter was then extended last year. This time, a majority of Senate Democrats voted for it, with only 20 dissenting, and they were joined by three Republicans; in the House, most Democrats still opposed it, while all but seven Republicans voted yes.

Of course, if Democrats had really wanted to change the law, they could have done so during the 111thCongress early in Barack Obama’s presidency, but they did not.

The point isn’t so much which party in Congress is responsible; it’s that both parties have more than enough responsibility to go around. Republicans simply flat-out favored pretty much a blank check, with only a handful of exceptions; Democrats were legitimately split, but overall failed to draft good laws. Give those Democrats who did oppose surveillance, along with the tiny GOP civil liberties caucus, the credit they deserve – but overall, this policy happened because Congress wanted it to happen.

Which is only half of the problem.

Because Congress’s job doesn’t end when they pass laws. Congress is also supposed to be aggressive in its oversight of executive branch agencies and departments. And that doesn’t mean just accepting notification; it means really finding out what’s going on, and pressuring them to do better. Indeed, when everything is working well, agencies wind up just as responsive to Congress as they are to the president.

And yet, there’s so far little evidence that Congress did much of anything during the last four years. In the Senate, where Democrats were in control, they may well have been too trusting of the Democrat in the White House, or may have shied away from looking for problems that could hurt the party in the 2010 or 2012 elections. As far as the House … well, we all know what a disgrace the Republican House has been. Actually trying to work for better governance has been the furthest thing from their mind; harassing the Obama administration with fictional scandals is more their style.

The truth is that both sides have no excuse. Democrats should be especially tough on one of their own, because they should be particularly eager to avoid problems building up over time. And Republicans not only had the incentive to keep an eye on what the Obama administration was up to, but as supporters of increased surveillance should have been especially concerned that it was being done well.

There is, however, a caveat: I’ve been talking here to those who believe this is a policy gone wrong who may be looking for whom to blame. Many, however, may believe this is in fact quite a successful policy; for them, everyone all around may have been engaged in good government.

My guess, however, is that even those who are not particularly concerned about civil liberties are going to wind up believing that something went wrong here. And my guess – and this is just speculation at this point – is that it will eventually wind up looking like a bureaucracy out of control, without enough careful supervision from either the White House or Congress.

But that’s just speculation. For now, we have what appears to be a policy. And like it or hate it, the bulk of the responsibility is most likely with the House and the Senate.