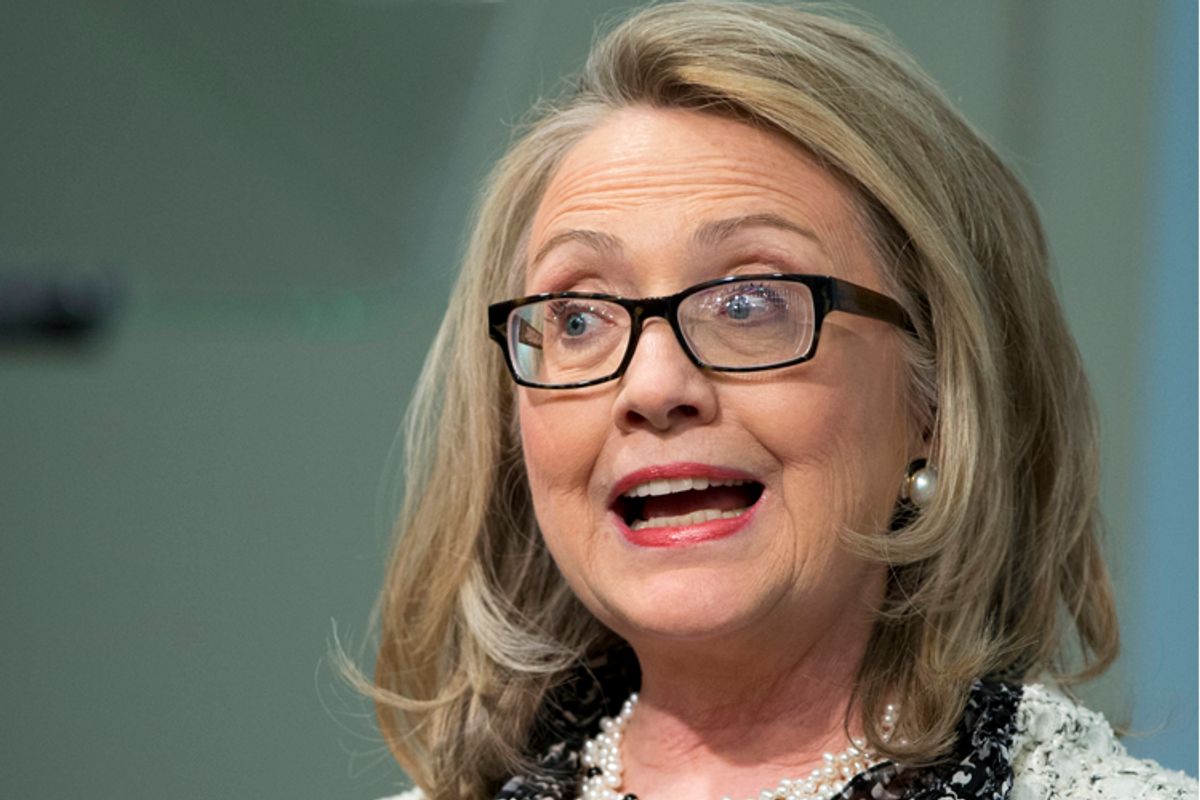 It's not easy to stand out among the bazillion other folks out there tweeting nonstop into the void. Even a celebrity joining the world of social media rarely gets more than a wearily pleased, "Oh, hey, Joss Whedon finally made it to Twitter." But people, Hillary Clinton just got on Twitter and WON THE INTERNET.

Showing a thoroughly cheeky feel for exactly who her crowd here is, Ms. Clinton showed up on Twitter -- mere weeks after her husband Bill got on board -- Monday afternoon. The former president quickly welcomed her with a lighthearted query, "Does @Twitter have a family share plan?" He then said, "Great to be here with @HillaryClinton & @ChelseaClinton. Looking forward to #tweetsfromhillary." Chelsea, meanwhile, chimed in with an adorable "Welcome Mom!"

But it was Hillary herself -- a woman who in recent months has thoroughly relaxed into her role of woman least likely to give a toss what you think of her hair, her clothes or your BS mansplaining -- who stole the show as she arrived to par-tay. Her first and so far only tweet read, "Thanks for the inspiration @ASmith83 & @Sllambe - I'll take it from here... #tweetsfromhillary" -- a nod to Adam Smith and Stacy Lambe, creators of the 2012 perfection that was Texts from Hillary. And her profile photo? The cool, sunglasses and smartphone image that inspired it in the first place. Better still was her bio: "Wife, mom, lawyer, women & kids advocate, FLOAR, FLOTUS, US Senator, SecState, author, dog owner, hair icon, pantsuit aficionado, glass ceiling cracker, TBD..." It's genius because it's true.

Would that everything on the Internet were even a quarter as self-aware, witty and badass. It was classic Hillary -- funny but entirely willing to remind you that she means business. She will likely not always be able to be as light and sly as she is this Monday, but for now, with her number of followers steadily and rapidly climbing, it's her day -- and she's going to beat the pantsuits off everybody else on Twitter.