The woman behind the NSA scoops

Laura Poitras is "one of the bravest and most brilliant people I've ever met," Glenn Greenwald tells Salon(Updated) 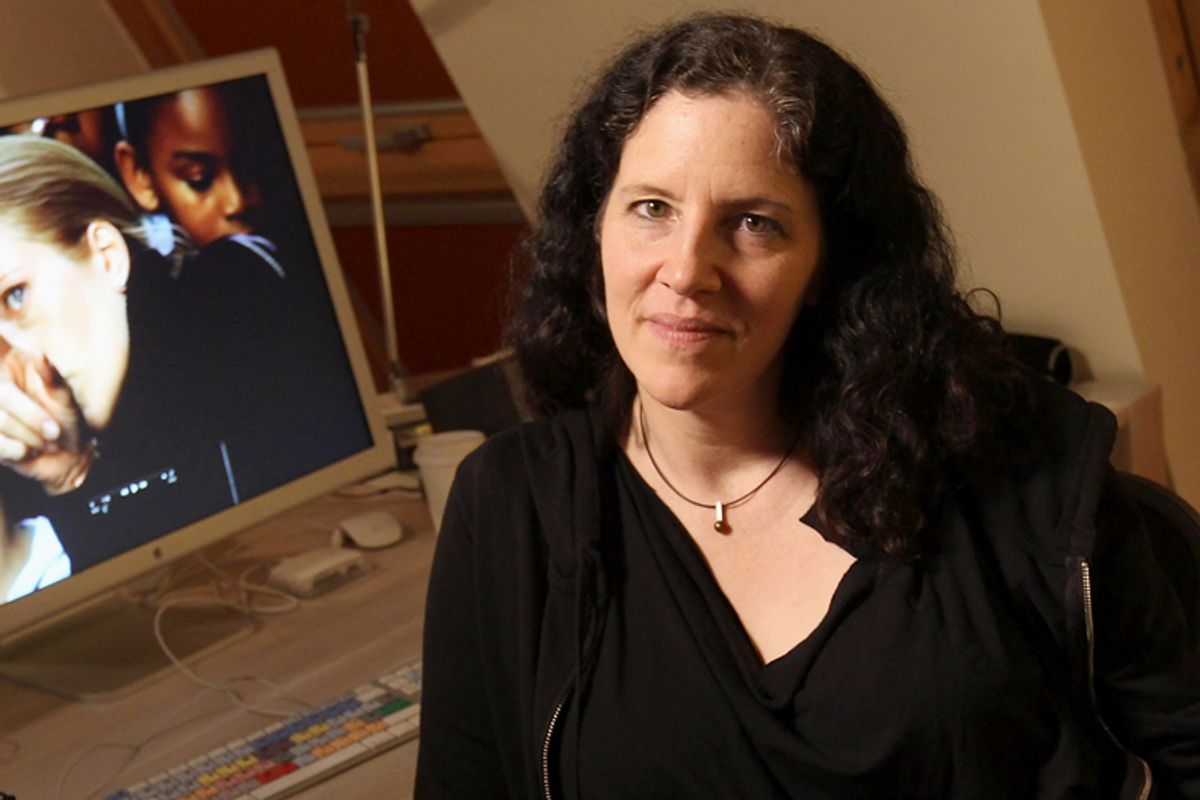 By now, we know the revelations about U.S. government surveillance published in the Guardian and the Washington Post in the past week have the same source, Edward Snowden. And despite what Politico, in typically overheated fashion, is calling a "feud" between reporters at the two news organizations, they share something else: the involvement of award-winning documentary filmmaker Laura Poitras.

Despite the customary competition between news sources -- heightened, in this case, by differing accounts of how the story was reported -- Poitras achieved the unusual distinction of sharing a byline both with Barton Gellman on the June 6 Washington Post story on PRISM and with Glenn Greenwald and Ewan MacAskill on the June 8 Guardian story naming Edward Snowden as a source. In the accompanying video interview of Snowden, Greenwald is credited as “interviewer” and Poitras as “filmmaker.” Greenwald wrote in a tweet this morning, “The reality is that Laura Poitras and I have been working with [Snowden] since February, long before anyone spoke to Bart Gellman.”

Salon reached out to Poitras, Gellman and Greenwald to elaborate on her involvement in the reporting, but they have not yet responded to those queries. However, Greenwald did offer up this comment on his colleague: "She's easily one of the bravest and most brilliant people I've ever met."

Poitras is a MacArthur genius grantee who was nominated for an Oscar for 2006's "My Country, My Country" on the impact of the Iraq War on ordinary Iraqis, the first of a trilogy of documentaries about American post-9/11 policies. The second documentary, "The Oath," focused on Salim Hamdan (former driver to Osama bin Laden and namesake of a major Supreme Court case on detention policies and military commissions) and his brother-in-law, and the third, currently in the works, is not coincidentally about whistle-blowers.

"My work is absolutely, completely dependent on the people who open their lives to me and take huge risks in doing so, often," Poitras says in a video on the MacArthur Foundation's website. "In most of the films that I’ve been working on in this trilogy, pretty much everyone has their life on the line in one way or another. Their life, their freedom. The films are based on their courage to sort of allow me to go along on these journeys.”

Julian Assange has said he and WikiLeaks cooperated with Poitras on her upcoming film, the title of which hasn't been publicized. In March, Poitras and Jenny Perlin released a video short, “Providence — a short film featuring Bradley Manning's voice,” in which Manning discussed the 2007 Baghdad Apache airstrike video. She’s on the board of the Freedom of the Press Foundation, which is “dedicated to helping promote and fund aggressive, public-interest journalism focused on exposing mismanagement, corruption, and law-breaking in government,” alongside Greenwald, Daniel Ellsberg, John Cusack and Xeni Jardin, among others.

Since "My Country, My Country," Poitras wrote in the New York Times last year, she has been detained at U.S. borders over 40 times. “In 2006 I was put on a watch list and I've been repeatedly detained at the U.S. border as I travel," she told NPR last year. She added, "At the moment, it feels safer for me to work outside of the United States, which is a sad thing to say.”

According to an opinion piece she published in the New York Times last year, a border agent at New York’s John F. Kennedy Airport told her in 2011, “If you don’t answer our questions, we’ll find our answers on your electronics,”

In 2012, Greenwald wrote about her repeated detention for Salon, saying she "produces some of the best, bravest and most important filmmaking and journalism of the past decade, often exposing truths that are adverse to U.S. government policy, concerning the most sensitive and consequential matters." He also noted that "documents obtained from a FOIA request show that DHS has repeatedly concluded that nothing incriminating was found from its border searches and interrogations of Poitras." A coalition of nonfiction filmmakers, including Albert Maysles, Alex Gibney and Morgan Spurlock, signed an open letter protesting Poitras' treatment at borders and calling her "one of America’s most important nonfiction filmmakers."

Also last year, Poitras presented a "Surveillance Teach-In" at the Whitney Biennial, which Filmmaker magazine described as “part technological seminar, part radical teach-in, and part DeLillo-esque spy theater.” Visitors, the reviewer wrote, "were forcibly detained as they tried to enter the museum, while downstairs a masked man handed out leaflets with lists of addresses (NSA listening posts?), sinister in their nondescription. Slides flashed, of the anonymous desert buildings that house the servers that index our every email, phone call, transaction. And on the dais, an odd couple riffing one acronym after another: 'NSA, NARIS, AES….'”

“The job of an artist is to express things; we’re not activists, we’re not organizers, we’re not politicians. So even though I do have political beliefs, my job as an artist is to express how I’m perceiving the world," Poitras said in a 2011 video interview with the New York Times. "And so the work I’ve tried to do as a storyteller, as a filmmaker, as somebody who captures images, is to create documents, to create a record, and to create a record that’s grounded in human stories. ”

Update: After viewing this post, Laura Poitras agreed to an interview with Salon, in which she detailed how she was contacted by Edward Snowden, among other things.