Mailer, Styron and Auden, all in the same publication 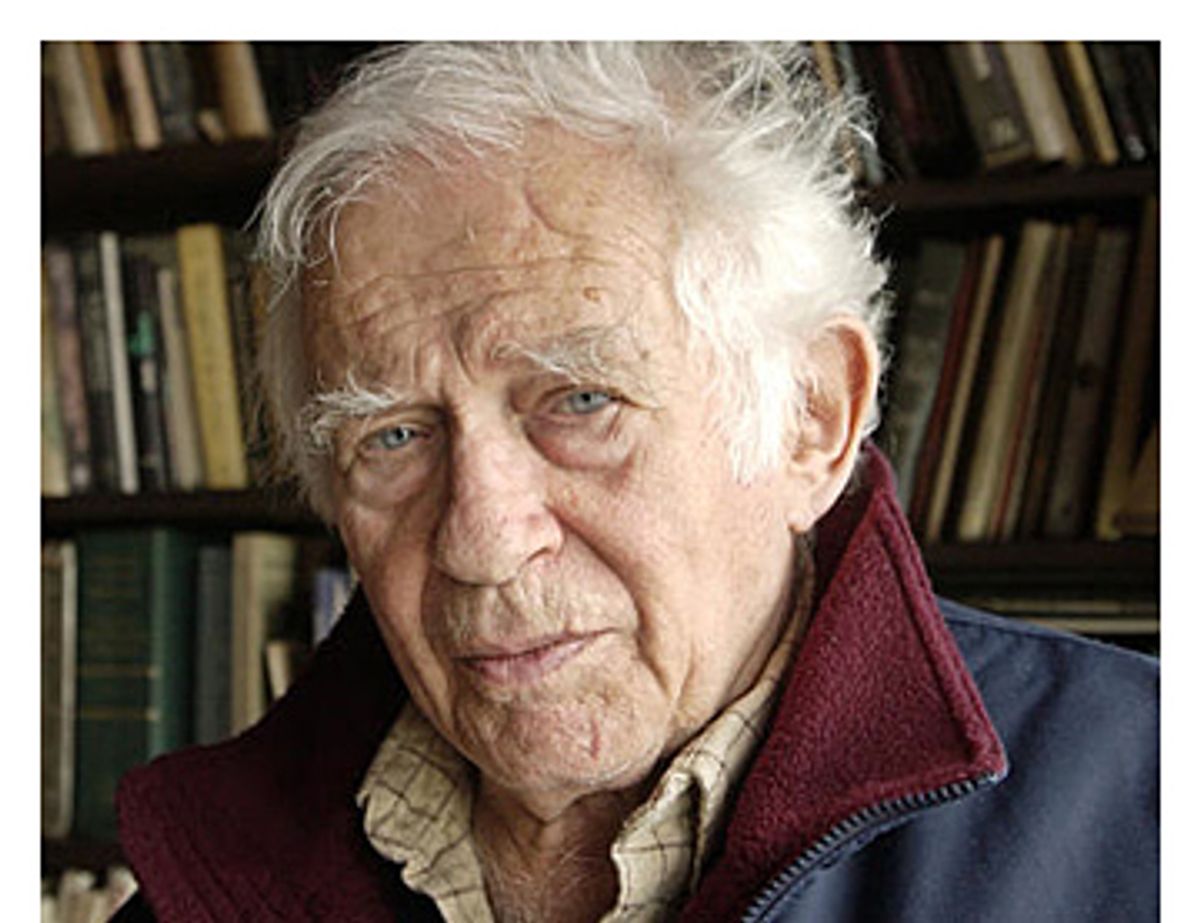 IT’S THE FIFTIETH ANNIVERSARY of the New York Review of Books, founded in 1963 and still an essential part of our reading lives. The editor since its inception has been Robert Silvers.

JON WIENER: When you started, did you have a time frame in mind? Did you think you could do this for 50 years?

ROBERT SILVERS: No. [laughs] What happened was this: there was a great newspaper strike in New York in the autumn of 1962, and my friend Jason Epstein, an editor at Random House, had the inspiration — which he imparted to the poet Robert Lowell and his wife Elizabeth Hardwick — that this was the one time in history that you could start a book review without a penny, since all the publishing houses had no place to advertise their new books. No New York Times Book Review. Jason and I knew that, if we started a plausible book review, then all the publishers would simply have to take a page. They had to show their authors that they were publishing books.

JW: Your idea was not simply to fill the hole created by the newspaper strike — you had more ambitious goals.

RS: In 1959 I had published, at Harper’s magazine, where I was an editor, an article by Elizabeth Hardwick, a great writer and particularly cutting in what she wrote. She said that, at the present time in book reviewing in America, there was a vogue for the light little article, but there was a heaviness, a mediocrity, and a lack of passion, character and eccentricity, a lack of literary tone itself. She made it clear that something else was needed. People at the time agreed but said you’ll never get the money, because you won’t get the advertising.

JW: Issue number one of the The New York Review of Books, dated February 1, 1963, had an amazing lineup of reviewers: Norman Mailer, William Styron, Robert Lowell, Robert Penn Warren, W. H. Auden. I opened my copy randomly to pages 22 and 23: the reviewers there are Susan Sontag, Gore Vidal, and Alfred Kazin. How did you do this?

RS: We asked the writers we admired the most in the world to write reviews of the books of the winter, for no money, due in three weeks, to show what a new book review could be. Most of the people we approached had read Lizzie’s piece, or had sensed the need. And I knew quite a lot of them from editing at Harper’s. I asked Jason’s wife, Barbara Epstein, to join me as co-editor, and she knew a good many people. So did Cal [Robert] and Elizabeth Lowell. I had known Susan for years, Barbara was a friend of Gore, Alfred Kazin had written for me at Harper’s, W. H. Auden was a friend of Jason’s. And so between the four of us we knew some marvelous writers.

JW: You needed writers – but there was also the business side.

RS: Between the first of January and the end of February we found a printer. Barbara and I went around to the publishing houses selling ads, and Jason was right—they all took a page. Out came the issue. We put in a note that said, anybody who wants us to go on should send us a letter. We got over a thousand letters. With those letters in hand, it was not difficult to raise money.

JW: Right from the start of issue one we find the kind of passion and character you referred to. Gore Vidal in his piece calls John Hershey’s new book “baffling.” He says “Mr. Hershey’s dullness is not easily accounted for.” Susan Sontag writes in her piece, “The bigots, the hysterics, the destroyers of the self — these are the writers who bear witness to the fearful polite time in which we live.” You don’t find this kind of writing in The New York Times Book Review — then, or now.

JW: Gore Vidal wrote lots of novels, but most people think it’s the essays he wrote, mostly for you, that will be remembered as his best work — for example that one in 1973 where he wrote about every book on the The New York Times fiction bestseller list.

JW: During the sixties The New York Review was a strong voice of opposition to the Vietnam War. You sent Mary McCarthy to Saigon in 1967.

RS: When we started in 1963, the Vietnam War was hardly visible. But these dark clouds of history come at you. We all developed deep doubts about this war in a small country that had a history of revolt against colonialism. One night we were together with Elizabeth and Robert Lowell, and we thought, “Mary would be the person to send to Saigon.” I sent her a telegram that night, she replied yes, she would go next week, but she had a bad back and would need a first class ticket. We said “great.” In her piece she gave a picture of the Americanization of Saigon, of how the very culture of the place was being transformed. No one else had been sensitive to that.

JW: David Levine’s caricatures were a crucial part of the The New York Review for decades.

RS: When we started the Review, we had to do everything as cheaply as possible. So we chose the cheapest kind of newsprint, and tabloid form. If we had chosen slick paper and a New Yorker-sort of form, it would been at least twice or three times as expensive. But we took it as our task to make that cheap newsprint look elegant and attractive. We needed therefore someone who would be a brilliant caricaturist. David Levine had contributed small pictures to Esquire that we thought were brilliant. He agreed to draw for us. We would send him pieces every week on Thursday or Friday. Monday he would come in with three drawings. He had done them all on Monday morning, he told me. He was an immensely gifted man.

JW: The one I remember best is LBJ pointing at his scar in the shape of Vietnam. And David Levine’s Nixons — I read he drew Nixon for you something like 50 or 60 times.

RS: David combined acute political commentary with a certain kind of joke about the person. He was immensely sensitive to the smallest details — people’s shoulders, their feet, their elbows. He was able to find character in these details. His death was a great sadness for us. We miss him terribly. We never have found anyone quite like him.

JW: David Cole, the Georgetown law professor who writes for you about civil liberties and drones and Gitmo, told me he thinks you edit every single piece that appears in the magazine. Is that true?

JW: I’m not able to read every single piece in the magazine. How do you edit all of them?

RS: [laughs] Of course you’re not spending every minute at it, around the clock. I must tell you that, in the course our lives, new writers emerge, and they become part of our team. One of the most valuable and sharp is David Cole. He’s a marvelous writer and he has just the kind of mind we admire — and beseech to write for us.

JW: I understand that The New York Review has always made a profit. Even today. That is amazing. Can you share your secret with The Nation, The New Republic, and Harpers—not to mention The New York Times and the L.A. Times? [And LARB — Eds.]

RS: It’s not quite true. We started out with a round of money-raising in 1963. After a few years we were expanding and moving to a bigger office, so we had a second round of money-raising in 1965. By 1966 we were in the black. From then on the circulation rose. We started out at 40,000. When we got to 50,000, we couldn’t believe it. Now we’re around 149,000, and about 10 percent of that is e-subscriptions. Eighty per cent of our subscribers renew every year. In the magazine business, that is big. And one-third of the paper is advertising. Of those advertisers, a great many are serious publishers, and of those serious publishers, a great many are university presses. So there’s a combination of factors here: loyal subscribers and loyal advertisers have carried us through.