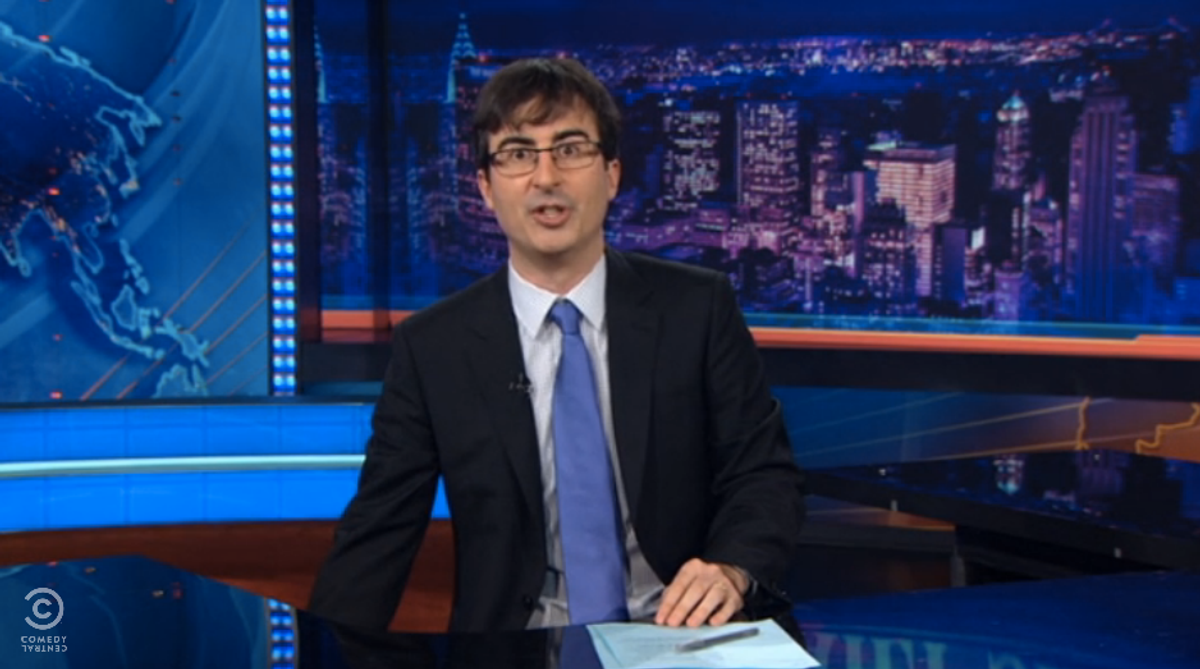 John Oliver made his debut as interim host of "The Daily Show" on Monday, taking a beat to note Jon Stewart's absence and "acknowledge for a moment that this is weird" before diving into news of the Obama administration's massive surveillance program.

So much for easing into the job.

"Are you f--cking kidding me? Jon's been gone one day! We had such a fun, gentle first show planned for you! ... Jon Stewart is barely out the door and it turns out that not only is the government taping everyone's phone calls, but that's only the tip of the sh--tberg," Oliver said, sounding every bit as righteously angry as Stewart would have -- only, you know, British.