San Francisco officials suspect local hooligans are behind the trend, which involves jumping off a moving bus 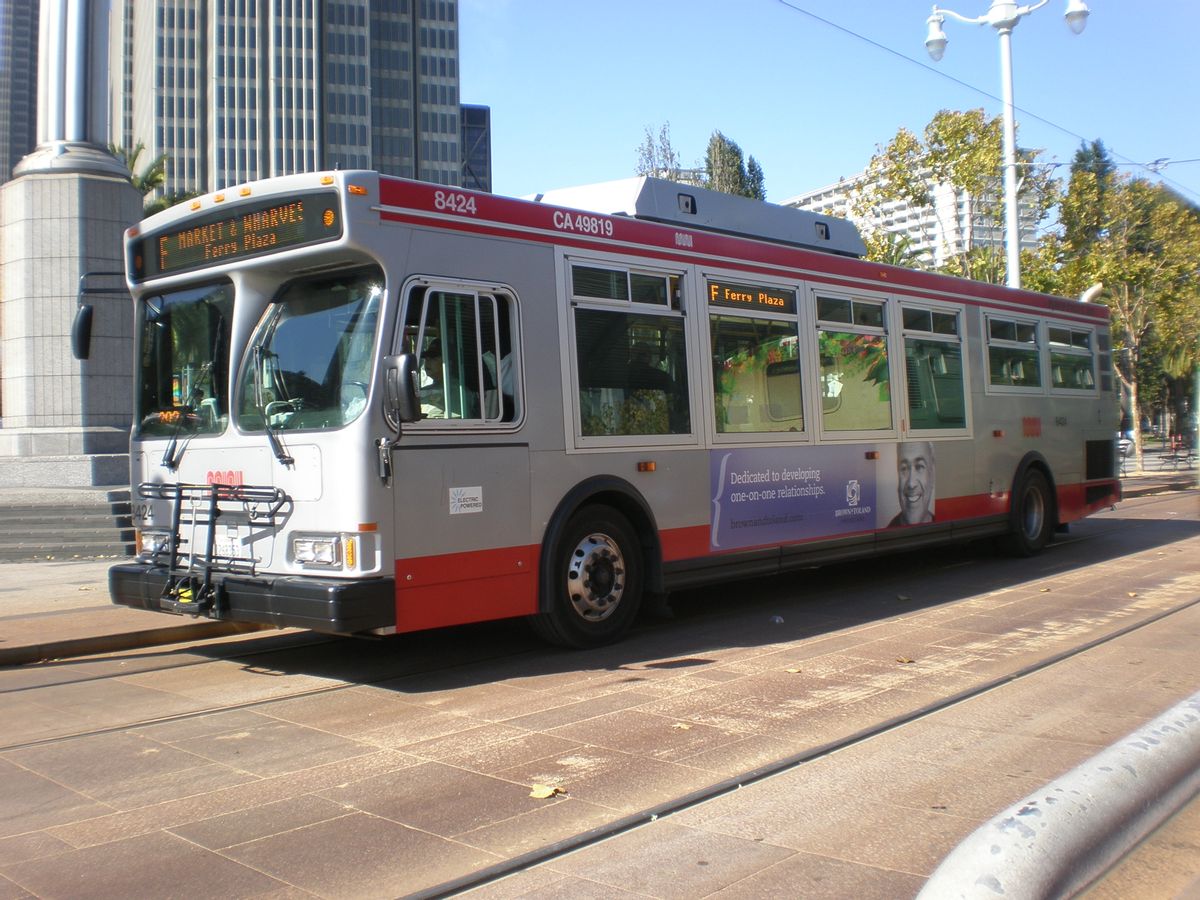 A Muni bus operating on the tracks of the F Market & Wharves to handle extra passenger loads during Fleet Week. (Wikimedia Commons)
--

Most adults assume that kids today, with their newfangled YouFace pages and Snapogram accounts, are getting into trouble online more often than IRL. Well, parents, take heart: Your kids are still discovering new, increasingly innovative ways to cause bodily harm to themselves.

SFGate reports that an increasing number of local hooligans are kicking open the back doors of Muni buses and jumping out while they're in motion. A bus operator says that kids refer to the activity as "riding the surf," which supposedly derives from the participant hanging onto the side of the bus while it's moving.

At first, Municipal Transportation Agency officials theorized that passengers were jumping off the back of the bus because they were too impatient to wait for the next stop. As it turned out, that explanation was only slightly less stupid than what was actually going on: Between May 30 and June 9, there have been 15 recorded incidents of bus riders leaping through the back doors at speeds of up to 25 miles per hour, indicating a disturbing new trend.

Before the recent surge, the last reported incident of a rider leaping out through forced-open back doors was three years ago and "an isolated incident," said Muni spokesman Paul Rose.

Interviewed Monday, regulars on the 14L weren't puzzling over the bus-jumpers' motivations.

"Sometimes they want to get off and the door never opens or it takes too long, and they want to show off a bit," said Michelle Lopez, 12, who rides the route often.

The girl added, "It's mostly gangsters and sometimes hobos."

Although officials don't know if there are any repeat offenders responsible for the breakouts, they do know the culprits are costing the city a lot of money: Every time a rider opens the rear doors, the bus has to be pulled out of service and inspected for damage, which means the transportation agency has to pay extra for additional bus inspections.

John Haley, Muni's transit director, told the Examiner that retrofitting the doors to make it impossible for passengers to exit would cost the city about $1 million to $2 million. "The actions of these individuals are not only incredibly stupid and callous, but they also endanger their own lives and the lives of others," Haley said. Uh, yup, that sounds about right.