The "golden age" of magazines, brought to you by white dudes 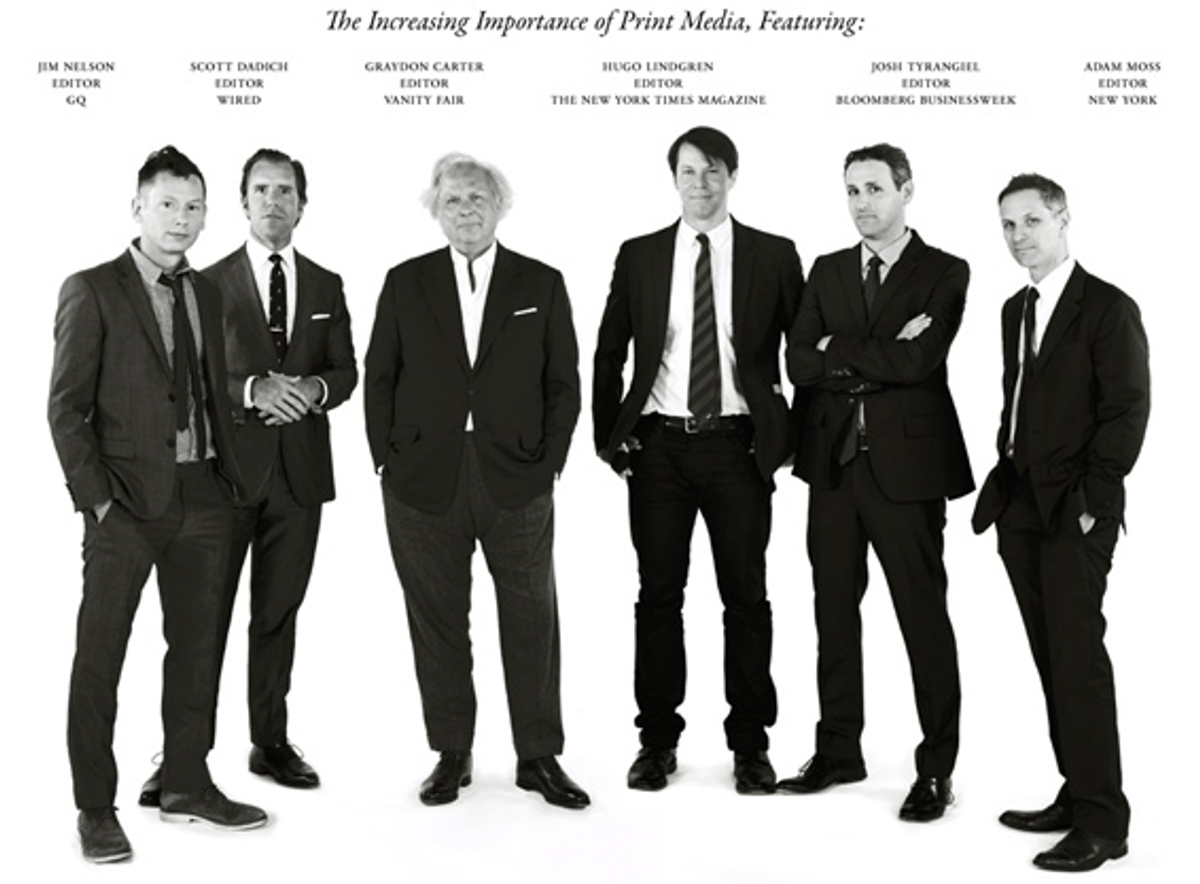 Port magazine editor-in-chief Dan Crowe believes we have entered "a new golden age" of magazines, so he interviewed seven of the "biggest magazine editors in America" to discuss the future of the industry.

All of them were white men.

So, based on the makeup of Crowe's expert panel, are we meant to conclude that white men are the future of magazines? In which case, shouldn't Port retitle its feature to something like "a new pale, male age" of magazines or something more descriptive of its content?

The image is striking, but, sadly, far from unique. Port's cover story is only the latest in a series of images to capture a serious diversity problem, like this recent snap of the all-male panel at the Senate hearing on sexual assault in the military.

Naturally, the Tumblr 100 percent men has already snatched up the picture to feature in its boys club hall of shame.