Officers are firing water cannons at protestors, several of whom have been taken away in ambulances 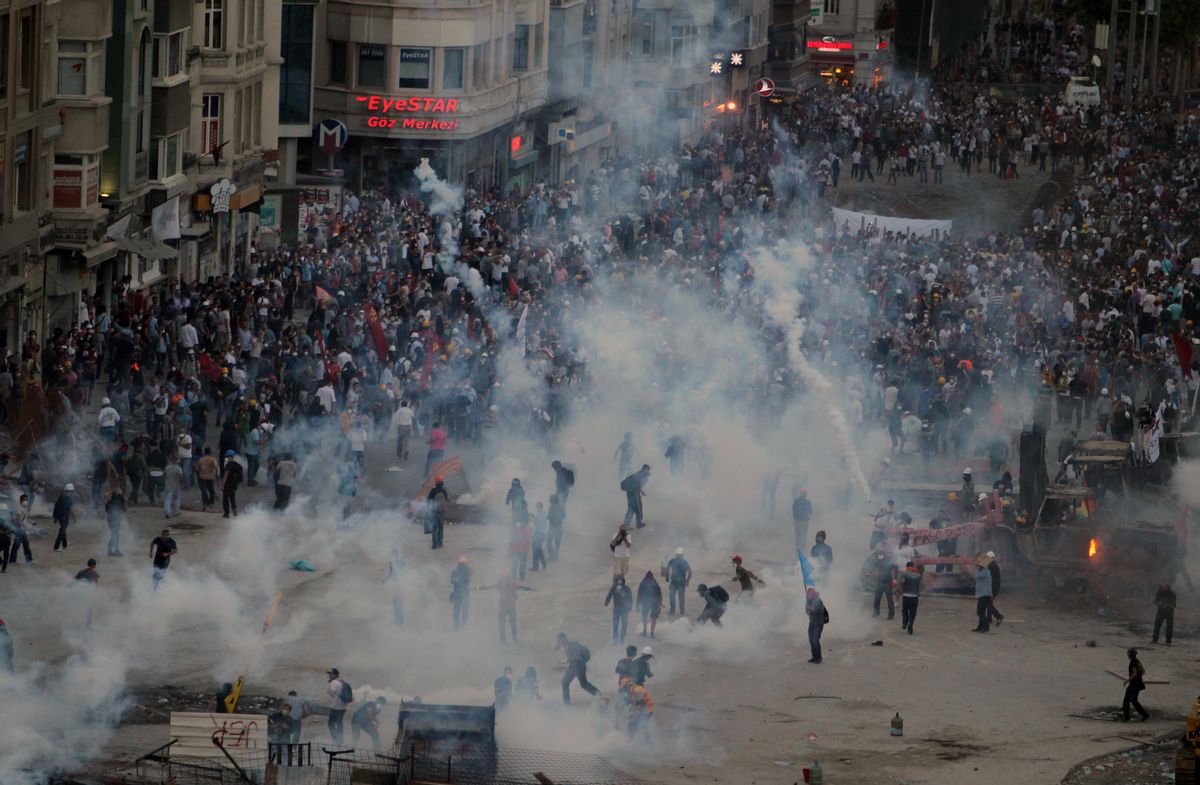 ISTANBUL (AP) — Riot police are re-entering Istanbul's Taksim Square after defiant protesters swarmed back in by the thousands.

It was the latest sign that Prime Minister Recep Tayyip Erdogan's government has run out of patience after 12 days of unrest in Turkey's largest city and beyond.

Several people were being placed into ambulances during the latest clashes, which have trained an international spotlight on Turkey's democracy.

The protests have swelled from a peaceful demonstration first aimed to stop developers from cutting down trees in a park into nationwide disturbances.