Damien Echols: How death row prepared me for my new life

Since averting execution in 2011, I’ve taken lessons from those dark times -- to forge a new career and help others 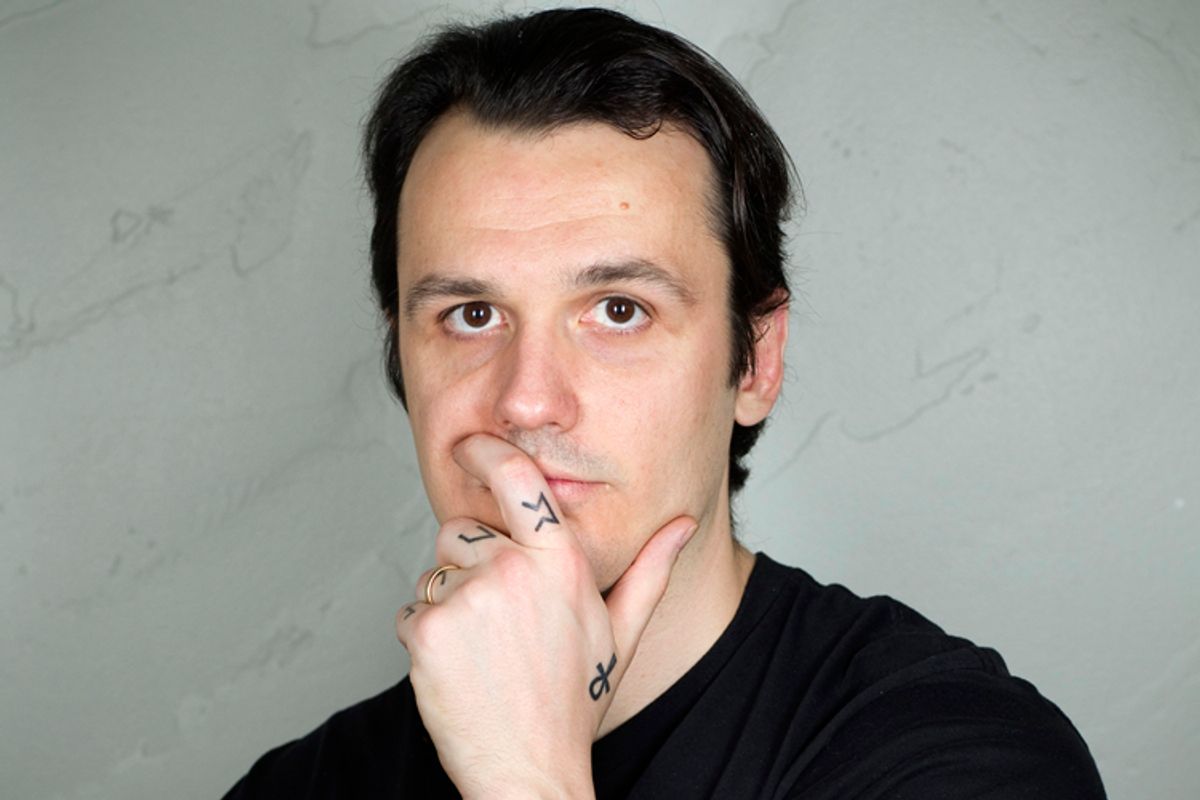 After spending 18 years in prison for murders I didn't commit, I walked off of death row one year and 10 months ago. I know it's this amount of time because at least once a week someone will stop me and ask, "So, how long have you been out now?" In some ways that year and 10 months seems like it's been a very, very long time. In other ways it has passed in the blink of an eye.

I've barely had time to rest for more than a handful of days since I've been out. While on death row I wrote a book called "Life After Death," that was published by Blue Rider Press soon after my release. Almost immediately I was on the road doing book signings and talks. And then the documentary that my wife, Lorri, and I produced -- most of which was also done while I was still on death row -- came out. We traveled from state to state, theater to theater, screening the film and answering the audience's questions. We've also undertaken a speaking tour, going from school to school to discuss the case with law students, criminal justice majors and future journalists. Rarely has there been a moment when I wasn't moving.

I've carried a great deal of what I learned on death row with me out into the world. When I was sitting in that cell I never realized the extent to which the things I had to learn would play a part in my future. I didn't realize I was practicing, training and getting ready for the next chapter of my life. In fact, sometimes I thought I was just getting ready to die.

Here I sit writing this in my new office in Salem, Mass. My home. I've christened this place, my work area, the Hermetic Reiki Center. And in this place I teach people the things I learned that helped me to survive the brutality of death row. This is my passion. It's also where I am truly myself, no longer one of the "West Memphis 3" or "Inmate SK-931.

I've heard people on television and in society complain about how wonderful it is in prison, about how great the healthcare is. That while people "out here" struggle to get or maintain health insurance, prisoners are given top of the line healthcare completely free of charge. And, unfortunately, I know that's completely and absolutely untrue. In fact, things like healthcare are almost completely nonexistent in prison. Especially on death row. After all, why waste time and energy taking care of someone you plan on killing?

There were times when I was on death row that I was in physical misery. At one point I was so severely beaten by guards that I pissed blood. I had nerve damage in my teeth from being hit in the mouth. And there were nights when I was so sick that I doubted I'd see morning come.

Over the years I had to learn any technique I could to not only preserve my sanity, but also cope with the pain, physical illness and trauma. That's what eventually lead me to Qi Gung and Reiki. Both are forms of energy work, one Chinese, the other Japanese. I also eventually received ordination in the Rinzai Zen tradition of Japanese Buddhism. It's the same tradition that used to train the samurai in ancient Japan. By the time I was released from prison I was doing anywhere from five to seven hours of meditation a day.

An infamous Western mystic once said that our spiritual practice should have the aim of religion, but the method of science. I subscribe to that philosophy wholeheartedly. I didn't turn to meditation and energy work out of hope that I'd find nirvana in some distant future. I turned to it because I needed help dealing with the pain and suffering of everyday existence in a living hell. Those techniques I had to learn out of necessity to survive and deal with pain are the same techniques I now teach to other people. It's my passion in life. It's what I love doing.

When I teach these methods of meditation, I avoid the pitfalls of religious dogma. Instead, I focus on the science. I explain how our minds communicate with our bodies through chemicals called neuropeptides, and we can program these neuropeptides to speed up the healing process in our body with simple visualization and breathing exercises. I want to make it accessible to people of all belief systems, not only Buddhists.

All in all, it's a very rewarding life to be able to not only help others, but to also share with them the things that excite me. The things that brought light to me when I was in the darkest of places. And after all, we can all use a little light from time to time.

Damien Echols is the author of Life after Death, a memoir about his 18 years on Arkansas's death row for a crime he didn't commit. He now teaches meditation classes at the Hermetic Reiki Center in Salem, Mass.