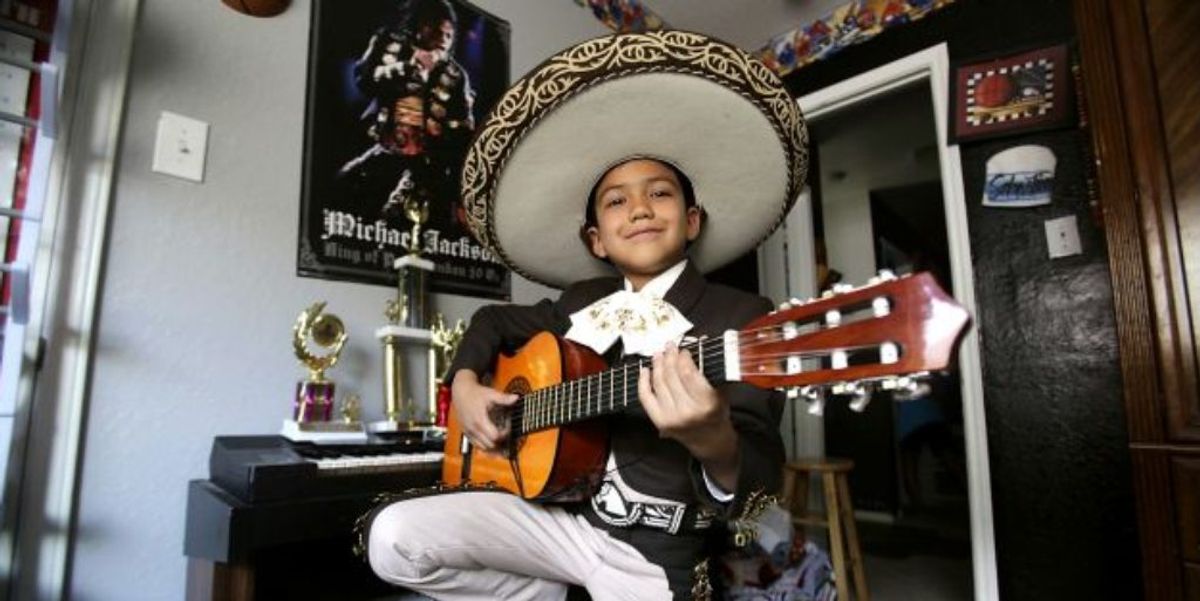 Last night's NBA Finals game had all the intrigue of a spoiled CBS drama. The San Antonio Spurs got ahead early, Miami tied it up around the half, and then the Spurs came out in the second to whip LeBron James and company into a furrowed frenzy. By the time I left the arena, with six minutes remaining, the Spurs were up 30—and climbing. Final score: Spurs 113, Heat 77.

Outside of excited tweets about #GaryNeal! and #DannyGreeeeeeen, the Internet didn't have much to talk about Tuesday. Heat superstar James was pedestrian, the Spurs went about their business, and that fight between the Dodgers and Diamondbacks looked more like an even competition.

There was, however, the curious case of singer Sebastien De La Cruz, and the racist tweets that accompanied his presence.

11-year-old De La Cruz, hailed as "The Boy With the Golden Voice" after his preliminary performances on NBC's "America's Got Talent," was the San Antonian selected to sing the National Anthem last night. The kid was fantastic. A few minutes before tipoff, he walked out onto the court in full mariachi get-up and sang "The Star-Spangled Banner" with so much strength that you could fully believe in the American dream. The kid was dynamic. He was theatrical as it gets. He hit all the high notes. He stayed long on the low notes.

The problem was that people on Twitter couldn't focus on anything except his heritage.

Twitter erupted in racism last night, letting the Mexican-American De La Cruz know full well that he wasn't welcome to sing the National Anthem at such a prestigious sporting event.

The site's output was vile. It was disgusting. It had all the makings of the worst of the worst on the Internet. Here's a smattered sample.

Shit we gota Mexican signing our national anthem (: only in San Antonio

Who this mexican singing the national anthem? Lls sike nah

SPURS GOT THIS LITTLE ASS KID LOOKING LIKE HE ABOUT TO SALSA DANCE ALL OVER THE COURT SINGING THE NATIONAL ANTHEM.

One of the Three Amigas child singing the National Anthem Julie! Lol

WHY AND THE FUCK DID THE SPURS GET LITTLE PEDRO TO SING THE NATIONAL ANTHEM SMH -.-

Why is the boy from George Lopez singin the National Anthem?

we got a fucking chacho doin the national anthem?! in a fucking MEXICAN outfit? WTF is going on in San Antonio???