Questlove: "I don’t have friends."

In a recent interview with the Village Voice, the Roots drummer says he's isolated himself for the sake of his art 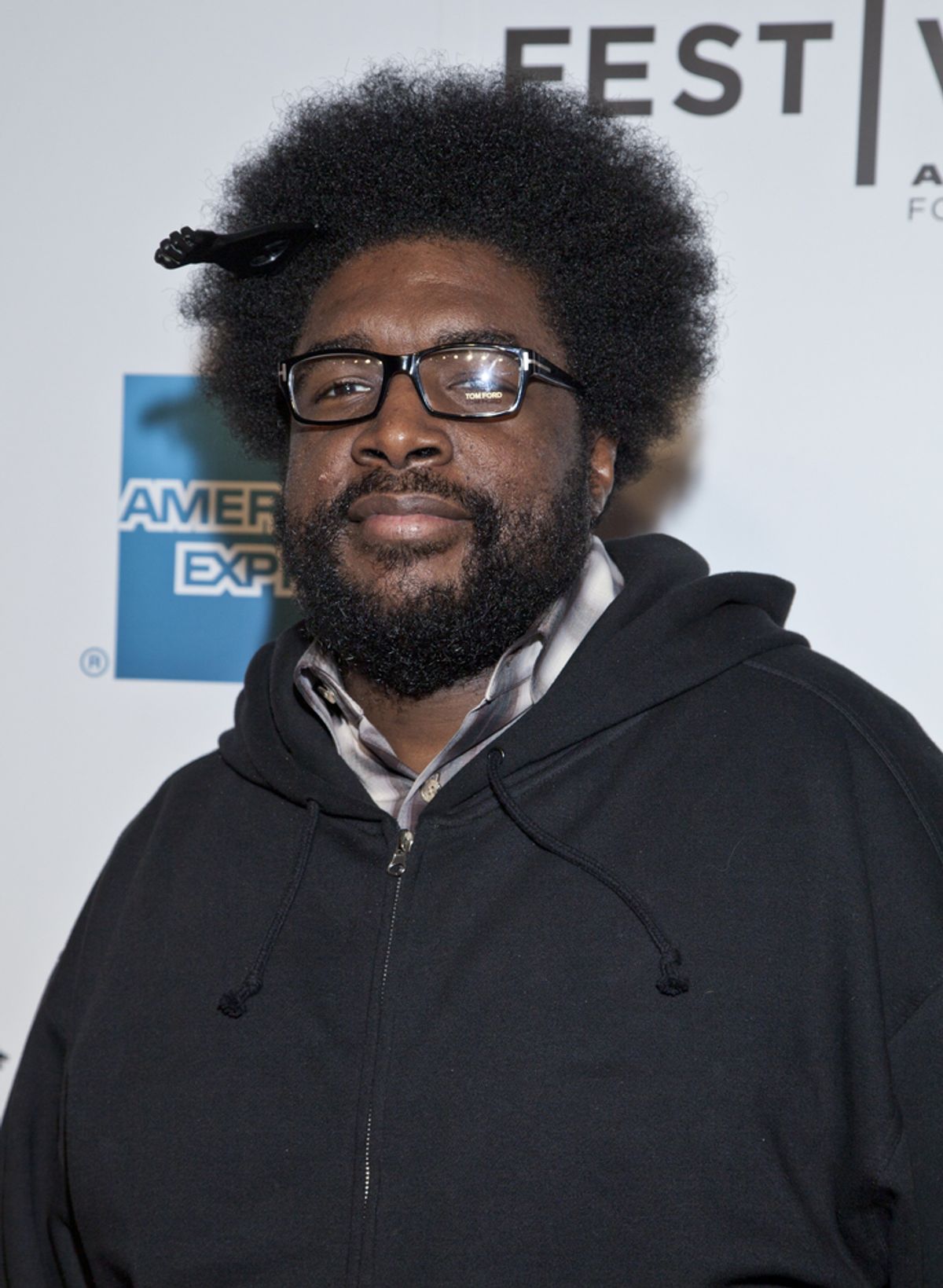 Musically speaking, soul is among the most social of genres: It's deep, earthy, lively, rhythmic and transcendental. And few musicians have popularized the genre more than Roots drummer Ahmir Thompson, known to fans as Questlove.

But a recent interview with the Village Voice's Jenna Sauers provides an intimate and surprising glimpse into the life of the DJ, casting him as an isolated, vulnerable workaholic:

"You know, after work, everyone hangs and they go to a bar and stuff?" says Thompson, sounding a bit like an anthropologist who has just pinpointed a key habit of a strange tribe. "I don't socialize that way. I don't have a posse. I don't have friends. I got the people I work with. I got a mom and a sister."

He explains that this is intentional:

"I'm very guarded, because I'm very vulnerable. Which really reads as gullible ... I guess the downside of that is that the guardedness that Questlove has to use to protect himself has now absolutely done overages and bleeded over into Ahmir Thompson's life."

Thompson's bandmate and the person with whom he's had "the most consistent relationship I've ever had in my life," Tariq Trotter, attributes the isolation as the flip-side of ambition:

"Sometimes I feel like what drives Ahmir as an artist is popularity," says Trotter. "His father was a celebrity some years ago. I feel like there's a certain amount of legacy that he may be concerned with upholding.

"It's hard work to be a superstar, to be a pop star," adds Trotter. "And a lot of sacrifice has to be made. Sometimes that sacrifice is friends, sometimes it's family, sometimes it's relationships, or all of the above."

Thompson, who is gearing up to release the memoir "Mo' Meta Blues," co-written by New Yorker editor Ben Greenman, is currently busy crafting a new theme song for "The Tonight Show," and shows no signs of slowing down. "I'm gonna get on some [Malcolm] Gladwell 10,000-hour concentration thing. It'll come," he said.