Pick of the week: Fighting the world's worst homophobia

Pick of the week: "Call Me Kuchu" is the tragic tale of Ugandan activist David Kato, and a crucial film of our time 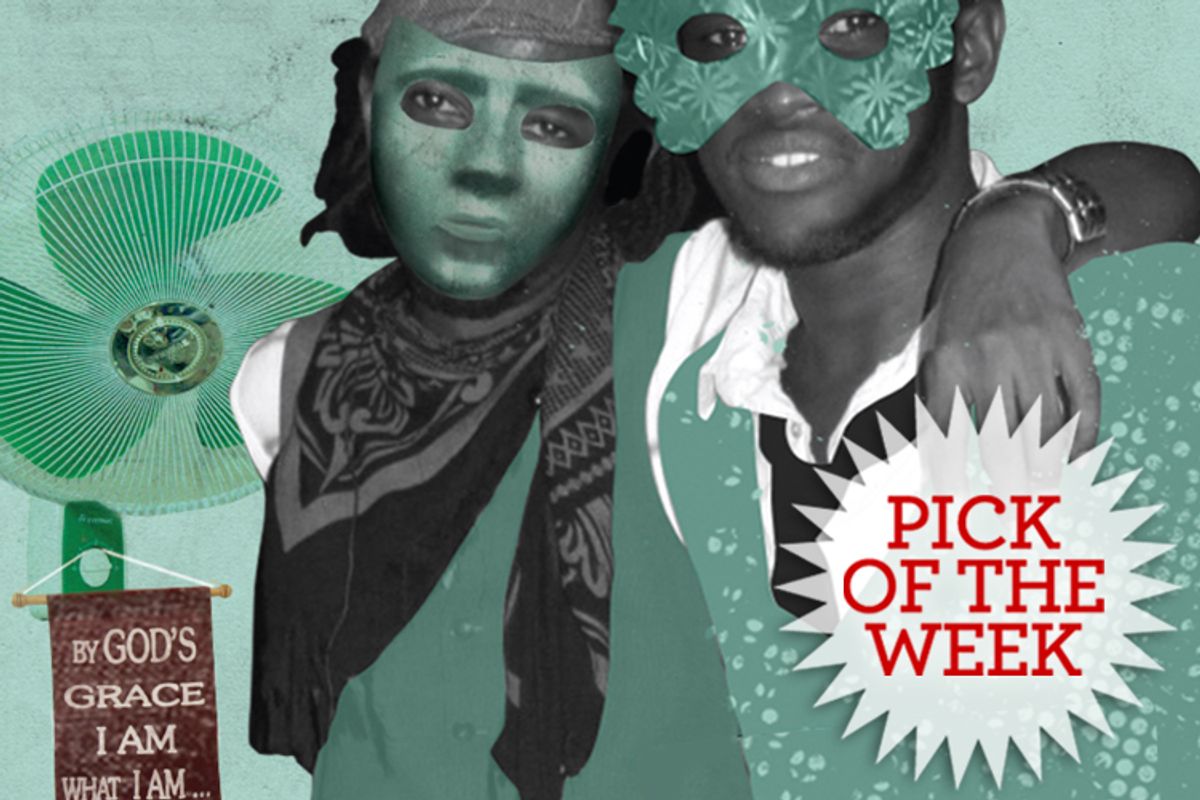 If the moving, shocking and ultimately inspiring documentary “Call Me Kuchu” is about the struggle for gay rights in the African nation of Uganda, where a combination of evangelical Christianity and anti-Western resentment has produced a uniquely toxic climate of institutional homophobia and public hate speech, it’s also about something much larger than that. This urgent eyewitness account of an activist struggle amid extremely dangerous conditions has all the heroes, villains, twists and turns of a political thriller. It’s a tale of hatred, hope and enormous courage, and a lesson in the contradictions of post-colonial Africa. It’s a story about the way we live now, in our suddenly interconnected world, and one that dares to imagine how we might live in the future. It’s a love story and a story of martyrdom, both of them heartbreaking. I’ll be surprised if any other movie this year affects me as much.

There have been many times and many places where gay men and lesbians who dared to be open about who they were and whom they loved were putting their lives at risk. Our own society has changing rapidly around these issues, but there are certainly parts of America where the social codes of the pre-Harvey Milk era still hold, and LGBT people have to be very careful about who they come out to, and how. What’s so remarkable about Uganda, as co-directors Katherine Fairfax Wright and Malika Zouhali-Worrall capture it in “Call Me Kuchu,” is its strange combination of past and future and its disturbing echoes of not-so-distant history. (“Kuchu” is a local slang term roughly equivalent to “queer,” and has been similarly reclaimed by activists.) While the gay community in Kampala, the Ugandan capital, remains quiet and largely closeted in the face of implacable public hostility, its members are connected to a much larger world that was not visible from the closets of the 1950s. They’re in touch with activists in London and New York; they’ve seen video of pride parades in Berlin and San Francisco. They know that freedom is possible.

Wright and Zouhali-Worrall largely went to Africa to meet and film David Kato, a lean, wiry, quick-witted man in his 40s who by his own account was the first gay man to come out in Uganda, and was the nation’s only full-time gay activist. Charismatic, elegant and absolutely tenacious, Kato would have been the protagonist of this film even if he hadn’t become the victim of a January 2011 hate crime that shocked people around the world, turning him into the Martin Luther King or Steven Biko of the gay-rights struggle in the developing world. (I know I just issued a spoiler for those of you who don’t know Kato’s story. But this is history, not fiction, and you’re better off going in prepared.)

Kato and a handful of other Ugandan activists in “Call Me Kuchu,” including retired Anglican bishop Christopher Senyonjo, one of the few Christian clerics in Africa to stand up for gay rights, were fighting against a rising tide of public homophobia that has assumed frightening dimensions. Calling both on African nationalism and on a sweeping religious revival led and inspired by right-wing white preachers from Western nations, Ugandan politicians and tabloid journalists have periodically whipped the public into anti-gay hysteria, staging “Say No to Homosexuality” rallies and spreading libelous legends about “sodomites” seducing schoolchildren. One Kampala newspaper called Rolling Stone (not connected in any way to the American magazine) has conducted especially hateful campaigns, outing dozens of people by publishing photographs taken undercover inside gay bars and parties, dubbed the “Men of Shame” series, and urging “Hang them!” on the cover. After a terrorist bombing, probably the work of an Islamic militant group, killed more than 60 people in Uganda, Rolling Stone actually published a story suggesting that “homo generals” had planned the attack.

The filmmakers interview the managing editor of this fine publication, a handsome and seemingly intelligent young man named Giles with an unwholesome tendency to giggle at things that aren’t funny. Watching this guy explain patiently that universal human rights do not apply to gay people, and that David Kato deserved to be imprisoned, tried and executed for his flagrant homosexuality, is one of the most unsettling things I’ve ever seen in a film. I certainly flashed back to Hannah Arendt’s famous observations about the “banality of evil,” and I couldn’t help imagining the Giles of an earlier era, just as young, good-looking and enthusiastic but with a somewhat lighter skin tone, explaining that the Jews were a cancer within the German nation that needed to be excised.

So that’s the context in which David Kato lived and died, a context where the notorious proposed law that would have mandated the death penalty for “aggravated homosexuality” – which seems to mean refusing to go back into the closet after coming out once and getting caught – was supported by most Ugandan legislators and a wide swath of the public. As a local law professor explains in the film, this isn’t simply a question of “traditional African attitudes,” but also of stern ideas about sexual morality introduced by the colonizing Western powers, which have now left those ideas behind and moved on to a more liberal mind-set. Intense pressure from Western leaders (especially President Obama, beloved in Africa) and the United Nations has so far kept this nightmarish law off the books, but for understandable historical reasons that kind of interference often hardens local attitudes.

There are stirring legal and personal victories in “Call Me Kuchu,” to go along with a delightful drag pageant (held discreetly in a private home), an ephemeral vision of a back-to-the-land gay commune in a rural village and a heartbroken karaoke sing-along of “Rivers of Babylon,” after Kato’s funeral is interrupted by anti-gay Christians, that left me in tears (and not for the first time). I was weeping at the tragedy and pain, of course, and also in shame that I had done nothing to help these courageous, embattled people who have sacrificed so much. But I was also weeping in gratitude, to the filmmakers and to David Kato and his friends, for giving us such a gift of truth and hope.

“Call Me Kuchu” is now playing at the Quad Cinema in New York, and opens June 21 at Laemmle’s Music Hall in Los Angeles, with more cities and home-video release to follow.