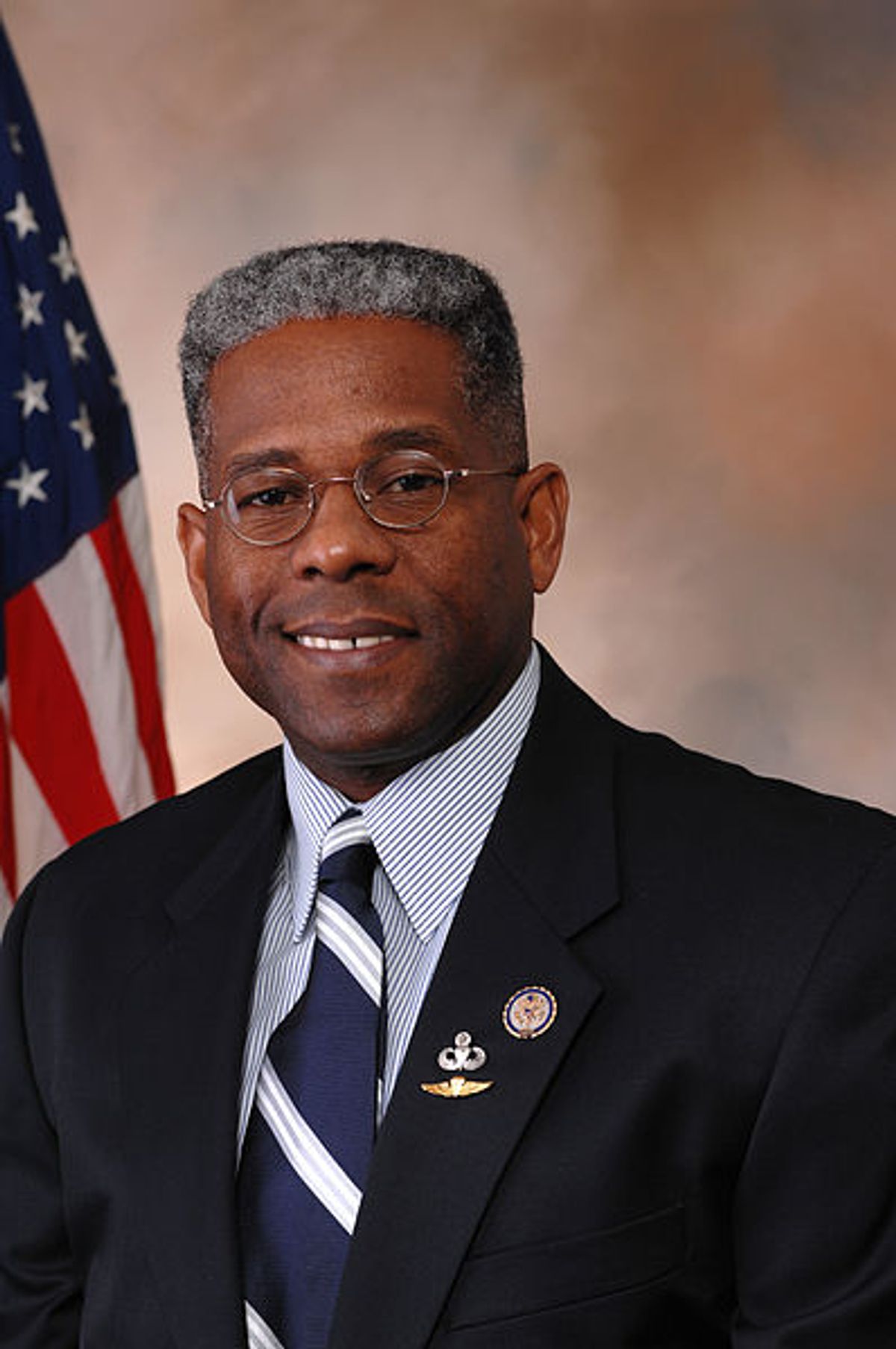 If you see an elderly white conservative couple clutching their bags as they wander around non-Northwest Washington, D.C., today, it might be because Allen West sent them.

The former congressman's star hasn't diminished on the conservative speaking circuit, and in an appearance at Ralph Reed's Faith and Freedom Coalition conference in the capital today, he urged attendees to go visit a black neighborhood in Washington to see the horrors of progressivism firsthand.

"Some of you maybe will leave this beautiful hotel where you're having this conference and go into some of the black neighborhoods here in Washington, D.C., and see the decimation of progressive socialism and polices that have broken down the family unit in what used to be the strongest family community in this country," West told the predominately Caucasian and Medicare-eligible crowd.

Since leaving Congress, West has focused on revitalizing the black community through a conservative agenda of family promotion and smaller government.

He blamed most of the the troubles that have befallen African-Americans on the legacy of Lyndon Johnson's administration. Pointing to a man who had 22 children with 17 women, West said it was an example of "the unintended  consequences and second and third order effects" of LBJ's Great Society and War on Poverty. Johnson also signed the Civil Rights and Voting Rights Acts into law.