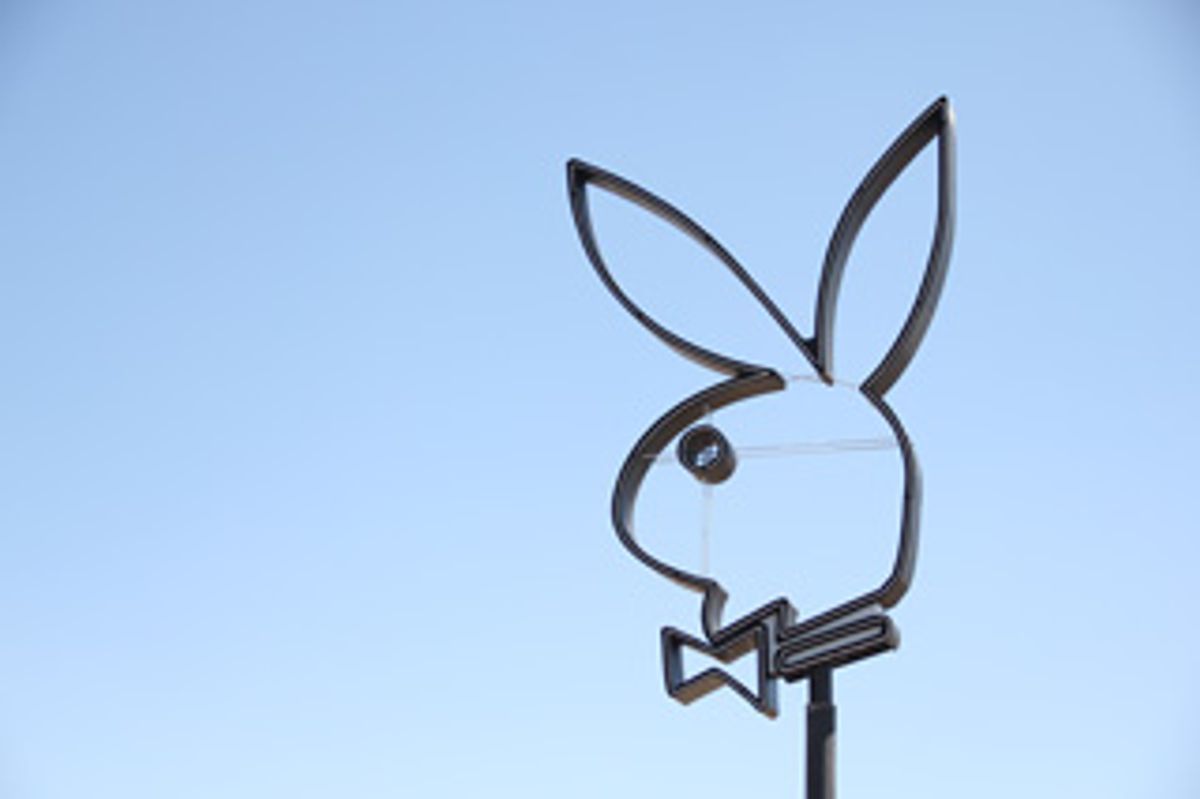 AUSTIN, Texas — In a strange sequence of events, it seems that the Hugh Hefner Empire wants — and has recently obtained — a lease on 6,500 square feet of land west of Marfa, Texas, which is best known in the art world as the home of artist Donald Judd’s Chinati and Judd Foundations.

The news first trickled out from Far West Texas through an May 30 article from local Presidio County newspaper Big Bend Sentinel replete with diagrams and working sketches, albeit with no comment from Playboy Enterprises or specifically Neville Wakefield, the curator purportedly responsible for the project. It’s worth noting that Wakefield is no stranger to Marfa, he curated Ballroom Marfa’s Auto Body exhibition that was on view from September 30, 2011 to February 12, 2012, and he is also the creative director of Playboy’s Special Projects division — his coming out party last month was featured in the New York Times’ T Magazine.

It seemed at first to be some art world pranksterism, but surely enough, this past week brought more news and photographs of the evolving installation outside Marfa, which includes a 13′ x 20′ iconographic neon bunny (atop a 40-foot pole) and a somewhat dystopian-looking installation consisting of a Juddian concrete rectangular cube crowned by a muscle car.

This project, which has been the subject of chatter across the state, seems unlike other projects that riff on Judd and Marfa, both of which possess obvious cachet. Whereas others seem to have approached the Marfa connection with at least some modicum of sincerity, the Playboy project seems to be so overtly, banally commercial that you can’t help but wonder if this cornball cliché has to have another dimension. Perhaps it simply appears more crass than it would otherwise be due to the association: Playboy’s name/brand has devolved from being associated with a Norman Mailer and John Updike-penned ladmag heyday into Reality TV, softcore cable schlock.

Which is only part of why Marfa Residents, who actually comprise a diverse group, despite being often simplistically described as consisting of two factions (“ranching locals” and “art city slickers,” as it were), are — for the most part — up in arms about the thing.

This may be a case of (yet another) media invasion of the once-sleepy town; but whereas 60 Minutes‘ camera crews and Condé Nast quickly left after a few days, Playboy’s lease just outside of town on Highway 90 may be for up to a year, and there are suggestions that it could include plans for a 24-hour video feed, whatever that could mean.

An artist’s rendering of the Playboy outdoor art installation planned near Marfa as rendered in documents filed with Presidio County, Texas (image courtesy Big Bend Sentinel and used with permission)

It is unknown as to whether the video feed could be part of a yet-to-be-announced art piece/event or merely a security measure on the part of the corporate sponsor. Prada Marfa, the now iconic piece of sculpture by artistic duo Elmgreen and Dragset (which has drawn a fair share of undue comparison to the Playboy project particularly by people outside the art world), was disfigured mere days after its opening and has sustained numerous acts of vandalism over its eight odd years in existence. When prompted for comment, some speculated on the KRTS Marfa Public Radio Facebook page that the Playboy installation would be “vandalized to the extent of non-use within a month,” while another was more succinct about his thoughts: “target practice.”

Of course, lack of comment on the part of Playboy officials and/or Wakefield makes this all fairly speculative. The rumor mill is high, but there are no concrete details.

Which is not to say that local sentiment — local or otherwise — is monolithically negative. There are some who like the new Playboy presence, with one commenter on the Marfa Public Radio Facebook page calling the sculpture “iconic” and another declaring “Keep Marfa Weird,” which is an adaptation of of Austin, Texas’s unofficial motto (though Portland, Oregon, and other cities have also adapted the phrase). This neon bunny with “post-apocalyptic” Judd “redo” could be considered part of a lineage in strange, roadside Americana: it is, after all just another weird landmark in the middle of nowhere — an interesting site to see and reason to detour off the highway.

Were it not in the name of “art,” which anything that is erected near Marfa is inevitably compared to and/or assumed to be. In conversation Joe Nick Patoski, writer and frequenter of the area since 1959, told Hyperallergic: “big art is great; big advertising, not so much.” It is hard to disgree with that idea. The beauty of Marfa isn’t necessarily in some untainted authenticity — the landscape is constantly changing — but it is rooted in some degree of isolation from the cacophany of 21st century life. Which is perhaps part of why Anthony DeSimone, a musician, chef, and resident of Marfa for the past six years, declined to saying anything to Hyperallergic except: “Worst thing to ever happen here. End of story.”