Grandpa is a criminal

My father served his time. But what kind of a relationship should he have with my daughters? 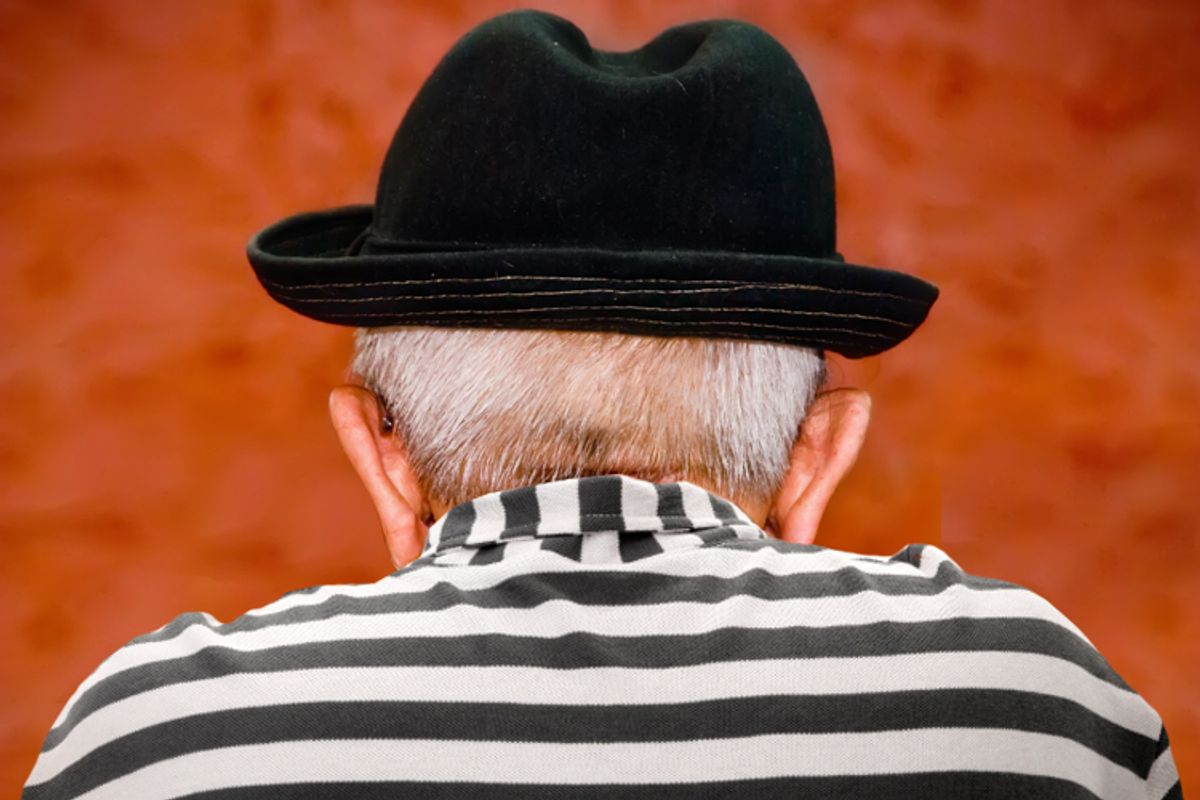 People sometimes do bad things. They sneak a piece of their sister’s favorite Halloween candy. They download a game on their dad’s phone without asking and claim it was an “accident.”

Grandpa has spent the last five or so years living with Uncle Sam, otherwise known as a federal correction facility in Florida. He was sentenced to 63 months in connection with a small hedge fund he ran that went belly-up. His victims included his family, neighbors and friends.

Our daughters were young when he was convicted, ages 3 and 5, which was something of a blessing. When we explained that Grandpa had taken money from people and was going to prison, they accepted it easily, as if we’d told them he was being punished for getting caught with his hand in the cookie jar — which, in a way, he was. Over the years, we delivered his birthday wishes, sent via prison email, and talked about him just like you’d share the latest news about a grandparent. Only this grandparent didn’t get to visit over the holidays.

That could change soon. Grandpa will finish serving his sentence in the next few months. After that, he’s a free man. But he leaves us in a quandary: What kind of connection should we let the children have with him?

I still love my father — my stepfather, actually. He’s been in my life since I was 11, and while I wouldn’t say I’m thrilled with having a parent who is a convict, it has advantages. (Nothing grabs attention at a cocktail party like saying, Well, when my dad gets out of prison ...)

Besides, my father’s checkered past hasn’t changed the way I feel about him. Did he disappoint me? Of course — big time. But he didn’t destroy my feelings for him. He’s still the guy who taught me to drive and to gamble on horses, to love tennis and “The Great Gatsby” and even his unloved hometown of Bridgeport, Conn. (Whoever said everything outside of New York is Bridgeport knew his or her geography.) Blood — even step-blood — really is pretty thick. You can’t wash it out of your life without a lot of effort. I think like my stepfather. I have his sense of humor. He is, for better and worse, a part of who I am.

But I do worry that rekindling a full-on relationship will send a mixed message to the kids. After all, when we warn them to stay away from schoolyard troublemakers, we tell them it’s partly because they’re known by the company they keep. Does that rule apply when you’re talking about relatives?

We would certainly need to be more explicit about his misdeeds before we schedule a family reunion. Our girls are older now, with a more developed sense of morality. What my stepfather did wasn’t a childish mistake that can be remedied with the equivalent of a very long timeout. The kids need to understand that really bad deeds come with really bad consequences.

If nothing else, our girls know many of the folks Grandpa wronged. If we allow ex-con Grandpa to essentially go back to being pre-con Grandpa, that could be seen as insensitive, even cruel, to his victims. Grandma, who lost her home and many friends in this whole mess, has already made it clear she doesn’t want us to have anything to do with her now-ex-husband.

That said, this is obviously a Teachable Moment of the highest order. We certainly want our girls to learn about morality and accountability. But of all the ingredients that go into molding a child’s character, we place at least as much importance on forgiveness. Let he who is without sin and all that. Yes, Grandpa hurt people, including people we love. But does that mean we should stack the deck against him, to push the girls to keep him at arm’s length — in essence, to stop loving him? When he asked me recently if we would allow the girls to see him when he was free, I could practically hear his voice cracking plaintively through the email.

In many ways, closing the door on him would be the simpler choice. It’s always easier to follow the crowd, to join in the collective condemnation of the guilty — I’ve read Shirley Jackson’s “The Lottery.” It’s far tougher to look at the gray areas. Where Grandpa is concerned, that means acknowledging his flaws while looking beyond them, searching for the goodness that we know is there. He has done his time, and now he faces the prospect of old age with most of his family having turned their backs on him. Isn’t that punishment enough?

There’s another lesson in all this, one that strikes particularly close to home around Father's Day. When you first have children, you think that teaching them about right and wrong will be as black and white as a prison uniform: don’t lie, don’t steal, don’t cheat. It’s all there in the good book, no matter which book you’re partial to.

Except life is never that simple. I’ve come to believe that there’s only one golden rule of parenthood: You will love your kids more than you ever thought possible, and you will love them unconditionally. I know my stepfather feels that way about me, as I do about my girls. But here’s the rub: Will my children return that blind devotion as they grow older and discover their dad’s own considerable flaws, now neatly tucked away beneath bedtime stories and boo-boo kisses? I hope so. Right now, all I can do is keep loving them — and use my love for their imperfect Grandpa to teach them by example.

Marc Peyser is a writer and former deputy editor at Newsweek, Budget Travel, andAll You magazines. His work has appeared in the New York Times, Life, Vogue, Time Out New York, Conde Nast Traveler, Washingtonian, and the Best Business Writing 2003.