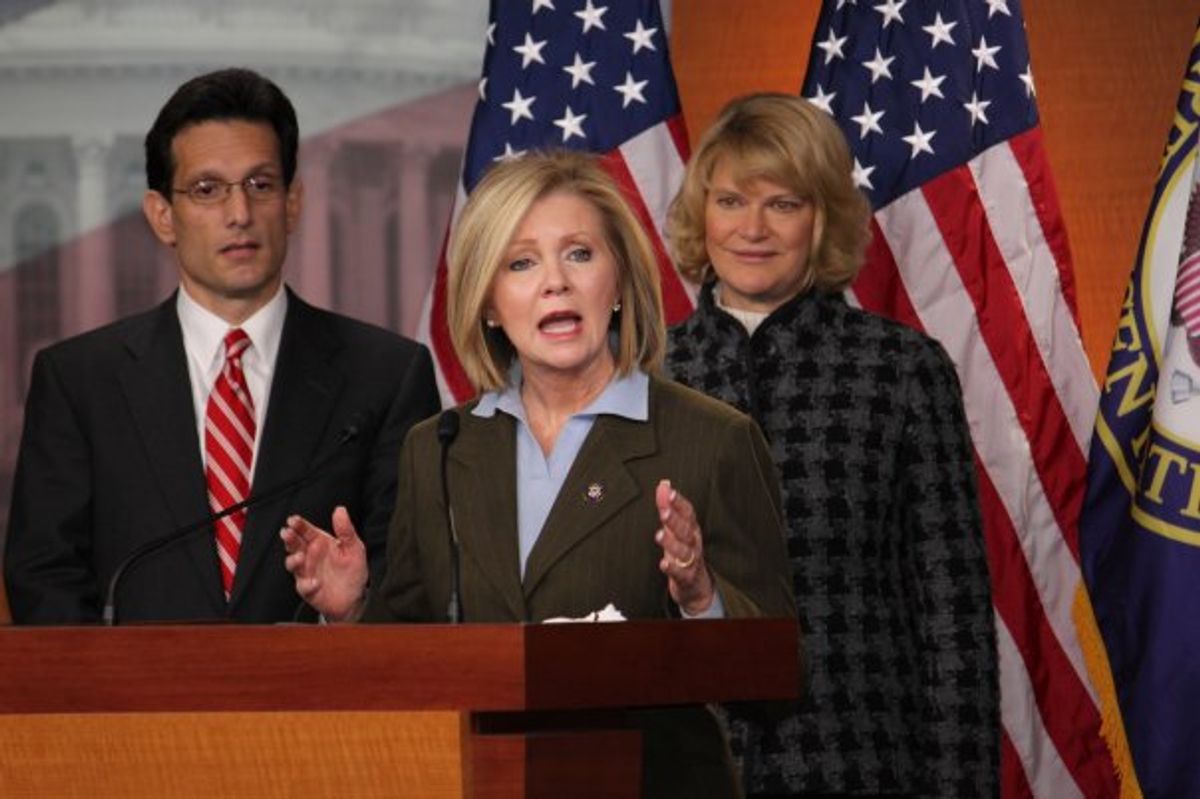 After Rep. Trent Franks' comment that pregnancies resulting from rape are "very low," House Republicans went into quiet damage control mode on his bill to ban abortions after 20 weeks - first adding an exception for rape and incest, and then putting conservative Rep. Marsha Blackburn in charge of overseeing the legislation.

A spokesman for Rep. Marsha Blackburn (R-Tenn.) confirmed Friday to POLITICO that she’ll be managing the debate, and that the bill is being changed to include the new exception.

“I think the reason that leadership asked me to handle the bill is the amount of pro-life work that I’ve done throughout my years in Congress," Blackburn told the Weekly Standard.

Franks, R-Ariz., had remarked during a House Judiciary hearing that the bill shouldn't have an exception for rape or incest, an amendment proposed by Democrats. “Before, when my friends on the left side of the aisle here tried to make rape and incest the subject — because, you know, the incidence of rape resulting in pregnancy are very low,” Franks said.