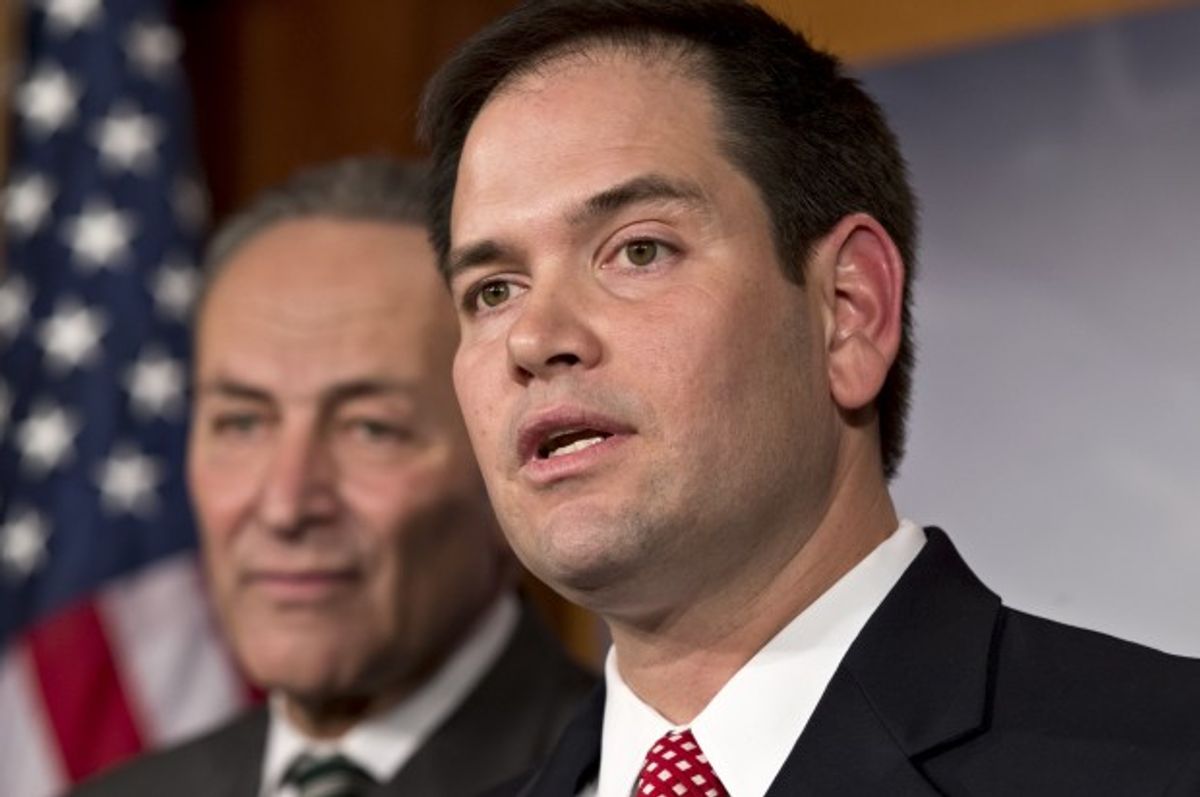 Last month, the Senate Judiciary Committee killed an amendment to immigration reform that would have made gay binational couples eligible for green cards and other benefits, but the Supreme Court ruling on the Defense of Marriage Act (DOMA) -- expected as early as this week -- may render Congress' ultimate decision on the inclusion of LGBT immigrants in the measure moot.

If the court strikes down the DOMA provision defining marriage as being between a man and a woman, gay spouses will become eligible for immigration benefits currently only available to straight married couples.

"For the first time in immigration equality's history, our legal team is now assisting couples in preparing their green card applications," Steve Ralls, the communications director at the advocacy group Immigration Equality, told NBC News. "We're definitely preparing couples. The court ruling and the backup plan of congressional legislation make us confident more so than at any other time."

The implementation of a ruling that strikes down DOMA will depend a great deal on the Obama Administration, but advocates are optimistic the president will be a partner in swiftly extending benefits to gay binational couples: "Immigration law is actually pretty clear on how things could work," Ralls said. "The precedent under the immigration system is that a marriage is eligible for immigration benefits based on the place of celebration, meaning where the marriage is performed rather than the place of residency. We're also fortunate that we have an administration that I think will act quickly to implement a ruling in the best way possible."

Sen. Patrick Leahy (D-VT) reintroduced the amendment to include gay binational couples in reform last week, leaving open the possibility that Congress may still act to make the measure more inclusive: "Seeking equal protection under our laws for the LGBT community is the right thing to do," he said in a statement. "I withheld my anti-discrimination amendment during the Senate Judiciary Committee markup. As the entire Senate turns to debate the immigration bill, the fight for equality must go on."