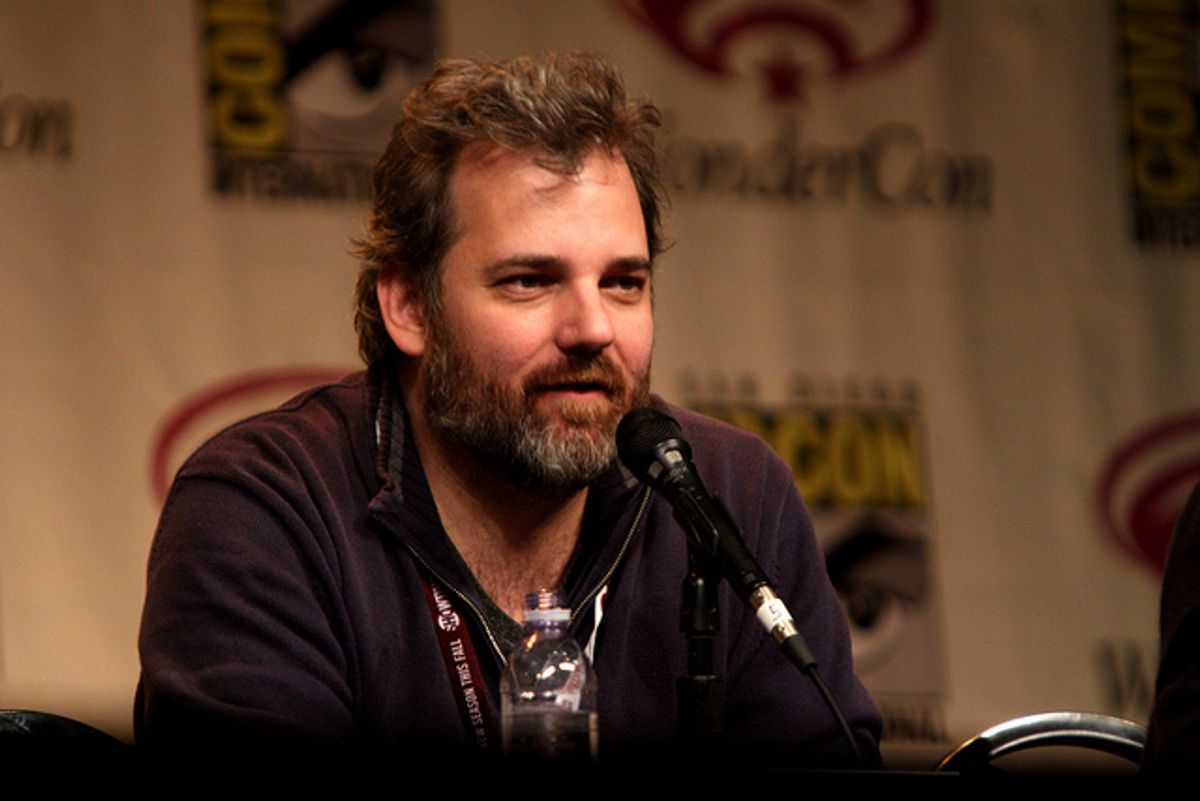 Followers of Dan Harmon's podcast, "Harmontown," got an earful last night when the "Community" creator and recently reinstated showrunner trashed season 4 of the NBC show, which was produced without his leadership.

He described the season as "not my cup of tea" and compared the viewing experience to “flipping through Instagram just watching your girlfriend blow everyone” and seeing a friend “Like” a photo of your ex-girlfriend with her new boyfriend on Facebook. But Harmon's rant went into the distinctively unfunny territory when he made a rape joke, saying: "There's something awesome about having all of those preconceived notions ripped away from you. It's exciting. There's something exciting about being held down and watching your family get raped on a beach. It's liberating. It makes you focus on what's important."

Harmon has since apologized to "Community" fans, the season 4 cast and crew -- but not before former "Community" writer Megan Ganz responded to Harmon's rape comment:

He addresses the rape "joke" within a larger apology for the entire rant, directed to his fans, "Community" fans, and "Community" cast and crew:

Almost lastly, I have to address this “rape joke” concept. I have to address it because it looks like if I don’t say anything, it could send the wrong message to people with an understandable passion for the subject. This is a subject that is, and should be, insanely volatile and provocative, because it combines the words “rape” and “joke.” It puts them right next to each other, it’s like putting a running chainsaw next to a puppy, it’s just not something you can walk past without getting disturbed and invested. Does anyone think rape is funny? I hope not. Do we become more progressive culturally through the mitigation of inappropriate language? I don’t know, it’s sure worth continued discussion, if you feel strongly one way or the other you should come up on stage at the next Harmontown. In the mean time, I am deeply sorry to anyone I hurt by using the word “rape” in a comedic context. I am sorry to anyone I hurt by conjuring the concept of rape in a metaphor about my stupid hurt feelings. As you saw above, unless you skimmed this blog entry for the word “rape,” I was not thinking about the impact of my words on the people that love Community and work on it. So I hope you can believe me when I tell you I was definitely not thinking about the impact of that word on people that are currently seeking to get it out of comedic contexts. I’m very sorry to have hurt and frustrated you and I will definitely be swayed from the use of that word in comedic contexts because I don’t like hurting people and as an added bonus, I don’t like getting yelled at on Twitter. Especially when the people yelling have phrases like “rape joke” on their side. It’s kind of hard to think of oneself as being “pro rape joke.” Don’t want to be that guy. Done and done.

Harmon will be back as showrunner for the fifth season of "Community."