Guys worry about sex on the first date too

We assume men just want to have sex as early as possible. But the truth is more complex 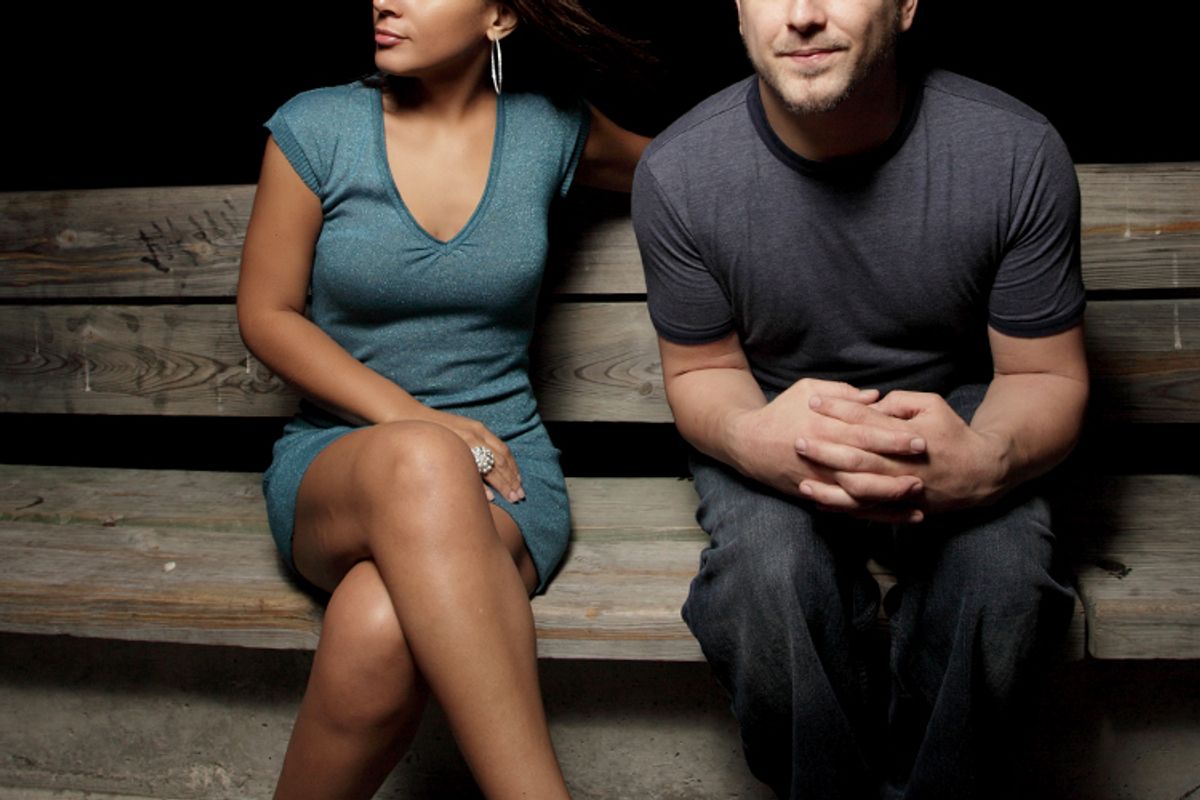 It's a question that decades of sexual liberation still hasn't diminished: If you put out on the first date, are you just a big, relationship-dooming whore? Because, after all, the choice about whether to have sex is always up to the woman, and the responsibility for whether those initial dating actions bloom into true love or having your calls go straight to voice mail also belongs entirely to her. Hey, here's a radical idea: Sexual consent applies to men too.

Give credit where it's due in the latest example of this old trope – when the Cut ran a story on "Fucking on the First Date? How It Worked Out for 8 Women" Monday, it did at least include a few ladies whose entire lives were not ruined just because they were down for it right away. Inspired by a new book (called "It's Okay to Sleep With Him on the First Date," a title straight out of the Department of Things I Didn't Know We Needed Permission For), author Alyssa Shelasky admits she'd never go all the way that soon. But she also cites women who managed to find their soul mates, who fondly assert relationships launched with "our pure and uncomplicated sexuality from the start."

That's at least an acknowledgment that heterosexual interaction is more than just a game women win by holding out for as long as possible. It's a step up from Emma Wall's Telegraph piece just last month lamenting about men who still secretly believe that women who have sex on the first date are "a little bit slutty" and that "women who don’t impose an arbitrary period of abstinence on new partners are seen as easy, unchallenging, unrespectable." At least columnist Ian Douglas gamely refuted it, encouragingly writing that "The majority of men, I've found, are rather pleased when they find a woman who wants to have sex."

That certainly seems to be the case, especially among men who are secure enough to not screw a woman and then judge her harshly for it. My friend Dawn says of the man she's now living with, "We liked the fact that I jumped on him. Literally." She adds, "And if a guy doesn't respect you for getting it on when you both really want to? Then he isn't someone I would want in my life anyway." And my friend Colin describes his first date with his wife of 16 years by saying, "I made the first move, but it was completely unplanned and unexpected. Everything just seemed to click."

Yet it's important to remember that the ultimate goal of every single date in your entire life is not a successful relationship. You can go out with someone, have very nice sex, but because of your personalities or life circumstances, choose to not pursue it further. That's actually OK here in the 21st century. More significantly, when you go beyond idiotic pop psychology books and the idea that dating is a military offensive to be mounted with strict strategy, you remember that the dynamics of dating are far more sophisticated than He's Gotta Have It.

And it's still far too commonly assumed that the question of whether to have sex on the first date is one only a woman gets to answer. The default setting for a man, meanwhile, is ready, willing and able. But the truth is subtler and more complex. My divorced friend Neil recalls that there have been times when "I felt uncomfortable and pulled back, so to speak. It wasn't because I didn't want to on a physical level, but it was, a reaction to previous dates with other women where we just charged ahead, but the day after it was like, what just happened? That first date is such a crap shoot." He adds that when a man holds back it can be downright advantageous. "Not to be too tactical about it," he says, "but a guy playing a little hard to get seems to be a turn-on." And my friend Paul admits that sometimes, he's just not that into it right at that moment. "There's the belief that we're obligated to engage because we're masculine and it's expected," he confides. But, he says, "When I truly want something, I truly want it and it can be wonderfully powerful."

It's not that men and women aren't different, that biology and social conditioning don't shape how we interact. It's not that we don't carry around our expectations and fall into certain roles now and then. It's just that chemistry is complex. And in the real, grown-up, messy, fun and funny world, sex is a whole lot more than something that one person gives and another one gets.