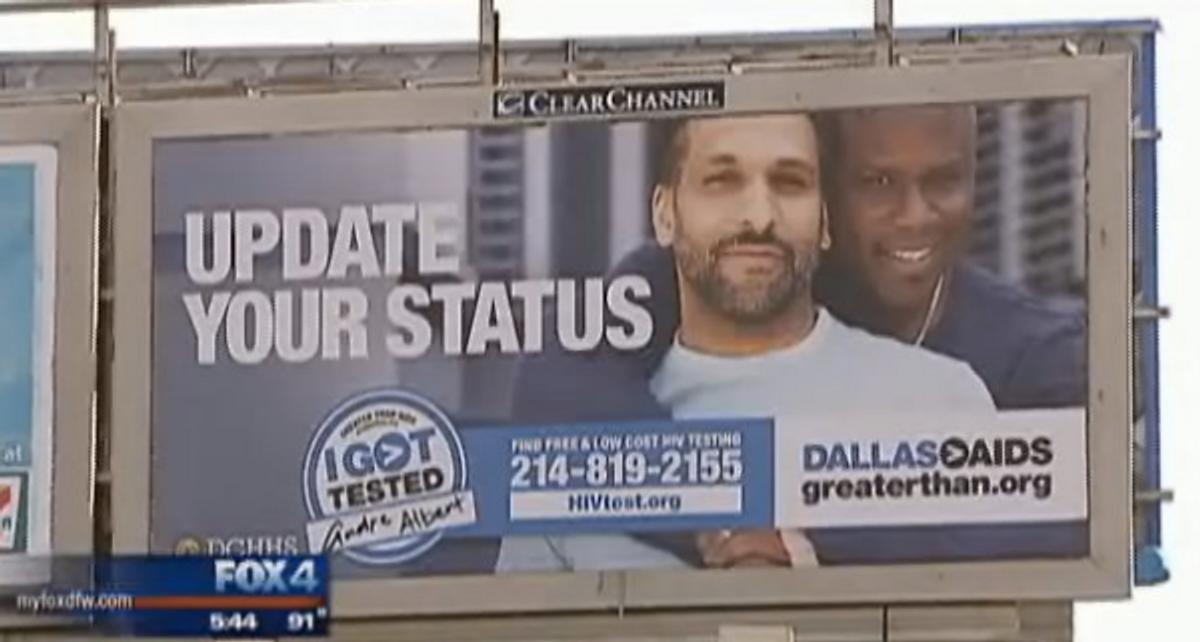 Dallas County has the highest HIV infection rate in the state of Texas, but a campaign to raise awareness and promote regular testing provoked conservative ire after the Dallas County Health and Human Services department put up a billboard featuring two gay men next to the message "update your status."

Department director Zach Thompson says the message of the billboard -- part of a broader campaign that also deals with sex education in public schools and driving down infection rates across genders and sexual identities -- is very clear, explaining that "among African American men who have sex with men the rate of HIV new cases is at an epidemic proportion" and that awareness and reducing stigma associated with getting tested is crucial to changing that.

But conservatives are outraged that the billboard makes being gay seem "acceptable."

Councilwoman Vonceil Jones-Hill told Fox 4 Dallas-Fort Worth that the billboard presents "African American men who are homosexuals as acceptable" and encourages gay people to "feel free to continue what you are doing" -- and she thinks that is a problem.

So does local pastor Bishop Eli Jacobs, who said: "When I saw it I said, ‘Now what are they up to? They trying to promote two men being together?'"

But others in the community -- particularly health professionals more interested in sexual health than homophobic stigma -- see the campaign as an important step forward in talking openly about safe sex, one that asks "How do you get families, churches, schools to have a conversation about protection and protecting one’s self?” without judgement or shame, as Thomas told the Dallas Morning News recently.