What "The Bling Ring" gets wrong about Valley girls

Their obsession with designer labels has a purpose: They want to feel equal to the rich and famous 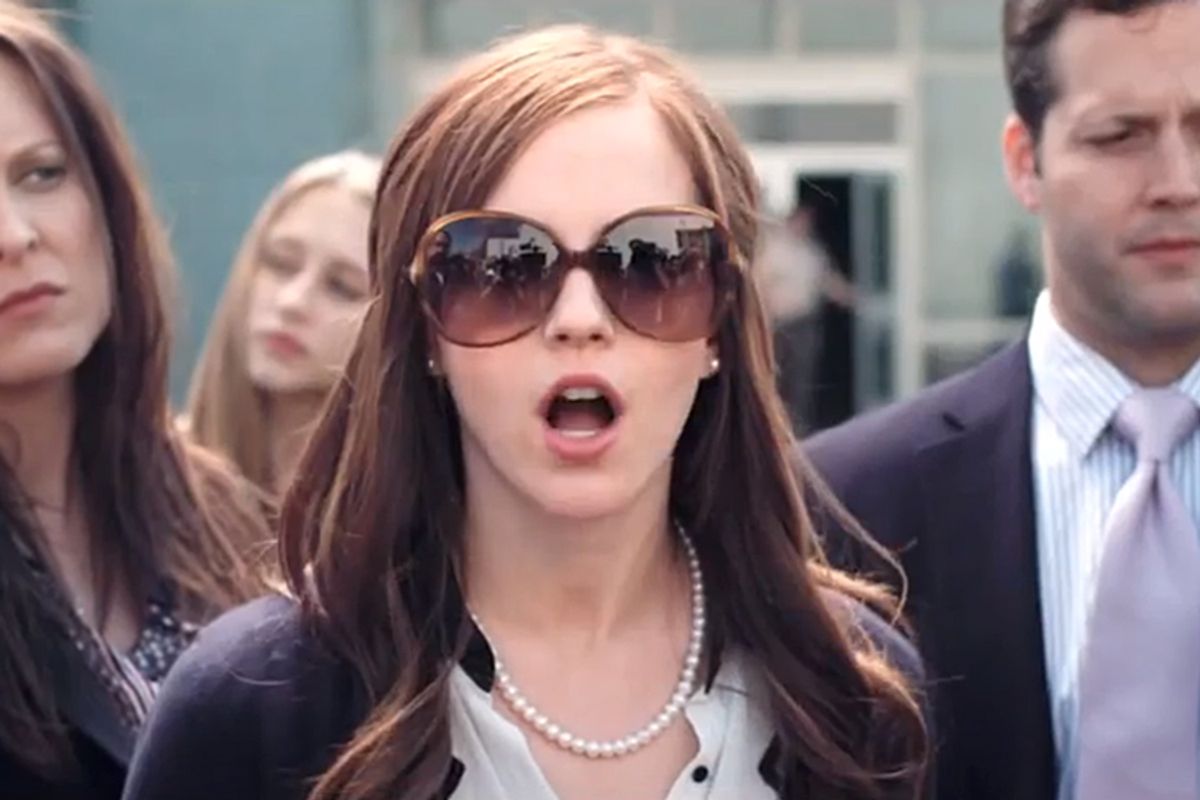 Over the last decade my hometown of Calabasas, Calif., has come to stand for all that is wrong in America, the rotten byproduct of the American dream. The San Fernando Valley suburb has become synonymous with pop culture and reality TV, and therefore materialism and narcissism, through its appearance as the faux-rustic suburban backdrop for shows like “Newlyweds” and “Keeping Up With the Kardashians.” Now Calabasas is makings its big screen debut in Sofia Coppola’s new movie, "The Bling Ring," based on a book by Vanity Fair writer Nancy Jo Sales about a group of local teenagers who burglarized celebrity homes.

The main argument of Coppola’s movie and Sales’ book is that we are living in fame- and fortune-obsessed times, and "The Bling Ring” is only an extreme manifestation of the mania that many of us share for emulating the lifestyles of the rich and famous. Coppola and Sales show us that the teenagers didn’t just want to get their hands on famous people’s stuff, they also wanted to get their hands on fame itself.

Well, as a real-deal Valley girl I have to say that they've got us, like, way wrong. While the protagonists of the Bling Ring, real and fictional, might be superficial, the cultural force behind their heist is totally not.

Valley girls, and all their brothers and sisters around the world, don’t long to pass through the gates of fame so much as they want to break them down. Think of them as Marc Jacobins, an army of Juicy-sweat pants-clad revolutionaries looking to dismantle the notion of elite through conspicuous -- and in the case of the Bling Ring, illegal -- consumption. Their desire is not to actually be rich and famous, but to feel equal to the rich and famous. These things are not the same.

Perhaps if Coppola or Sales had dug a little deeper into what motivated the female Bling Ringers, some of this would have come out. Because there is so much more to this story than the hollow values of spoiled teenage girls. (The lone guy in the group is explained as having been drawn to the clique and the crime during a moment of neediness and confusion as he was coming to terms with his sexual orientation.)

Admittedly, the pursuit of democracy by way of materialism isn’t exactly noble or ideal. But in America, success has long been defined in material terms, and you can’t blame those Valleyites for wanting in.

I remember the day in the early '90s when my mom and dad pulled up in their new Mercedes to our Mediterranean-style tract house to take us kids for a spin. It was a typical Southern California fall afternoon, sky all turquoises and deep pinks. As we made our way around the windy Santa Monica mountain roads I, 11 at the time, remember observing the smoothness and steadiness of the ride, how in control my dad seemed. The fact that my parents were able to take the car home for only a little money down only made the whole thing sweeter. My mom and dad, grandchildren of immigrants, kept giddily repeating the words “Only in America,” as we drove west toward Malibu. We knew we weren’t rich, per se, but at that moment we felt rich, and that was enough.

As Calabasas got wealthier and that thrill of driving around in a new luxury car of one’s own got passed along to the kids, so did the desire to once and for all do away with whatever it was separating old money and new (Calabasas is largely the latter), the really wealthy and those who could at least dress like it. This wasn’t rooted in a false sense of intimacy with the truly rich and truly famous, as Coppola and Sales suggest, but rather the feeling that maybe we weren’t so far apart after all.

This is why the average Calabasas teenage girl, who has had a little taste of the fabulous life herself, prefers tabloid stories to the untouchable lifestyle and well-armored celebrity profiles that populate women’s magazines. She has had enough with those who uphold the, what seems to her, old-fashioned distance between the rich and famous and herself. If she has to choose between a photo spread of a rail-thin actress cooking a summer feast at her immaculate country house kitchen and a photo spread of the same actress’s cellulite, she's going to go with the cellulite. She might not have a country house kitchen, but she probably has a couple of thigh dimples.

This is also why she likes reality television and its many stars. While the Kardashians and Jersey Shore kids are no stranger to artifice, they still come off as much more authentic and relatable than other types of celebrities. As a recent New York Times story noted, magazines featuring reality television stars on their cover now sell far better than those featuring actresses. “While top-notch stars often remain inaccessible and surrounded by handlers, reality television stars are opening up about their struggles with weight, romance and family, which readers grasp more than the musings of a flawless film star,” the Times pointed out.

It doesn’t surprise me that Sales and Coppola missed all this in their portrayal of the Bling Ring. While I admire their work, both of them are intimately bound to institutions with a vested interest in maintaining the status quo. Vanity Fair and Hollywood both cash in on the have-nots' fascination with the haves and there is no place for Calabasas Valley girls, who blur the lines between the two, in their worldview.

While there's no condoning the Bling Ringers' greed or criminality, buried in their heists is a sentiment that many ostentatious Valley types have been feeling for some time now. It’s that if stars are just like us, as Us Weekly regularly reminds us, we can be just like them, too.