Archbishop: "May a lesbian marry a gay man? My answer is 'yes'" 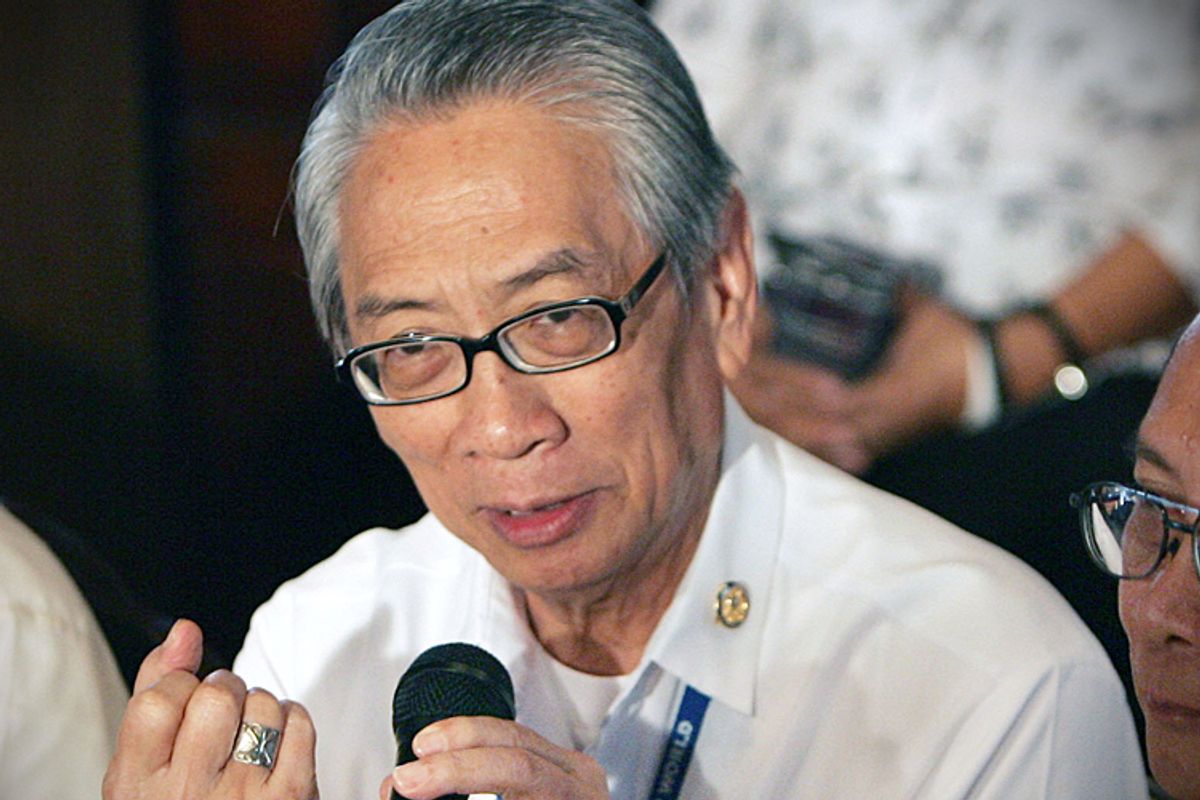 If there's one thing the Catholic Church is good at, it's finding loopholes in its own convoluted dogma. These are the people who invented Limbo, after all. So leave it to an enterprising archbishop to find a workaround on marriage equality. If gay men and women want to get hitched, no problem, says Archbishop Oscar Cruz of the Philippines. "I ask this question to myself and I have thought about it for a long time and the answer is 'yes,'" he declared earlier this week at the Catholic Bishops Conference of the Philippines-National Appellate Matrimonial Tribunal. There's just one catch.

"May a lesbian marry a gay man?" he told the crowd. "My answer is 'yes,' because in that instance the capacity to consummate the union is there. The anatomy is there. The possibility of conception is there." Apparently in Cruz's mind, "consummation" is limited strictly to those activities which can result in conception, and conception is good enough to call it a marriage. Cruz went on to to discuss marriage equality, saying, "For the Church, even if you turn it upside down and call it by another name, it would still not be marriage. For the Church, even if a hundred [judges] bless a same-sex wedding, it would still not be effective." Who needs love or even a like-minded orientation to get the Church's blessing anyway, when you've got straight up anatomy?

But if the Catholic Church can sanction marriage between lesbians and gay men, Cruz also acknowledges it can also retroactively declare that it was never even legitimate in the first place. In the same speech, the Archbishop admitted that homosexuality was valid grounds for annulment, though he added it is rarely invoked. "More often, it’s is about psychological problems," he said, "meaning there is some kind of mental impairment or emotional disturbance."

Same-sex marriage is not permitted in Cruz's mostly Catholic country. And as the Gay News Network reports, two years ago a bill was filed to amend the Philippine Family Code to ban "forbidden marriages." Sham marriage, however, is still totally fine in the eyes of the country's Catholic authority. So if you're a gay person in the Philippines who wants to get hitched, the celibate man in white gown says there's nothing stopping you. Just don't try to wed someone you'd want to have an authentic lifetime partnership with.