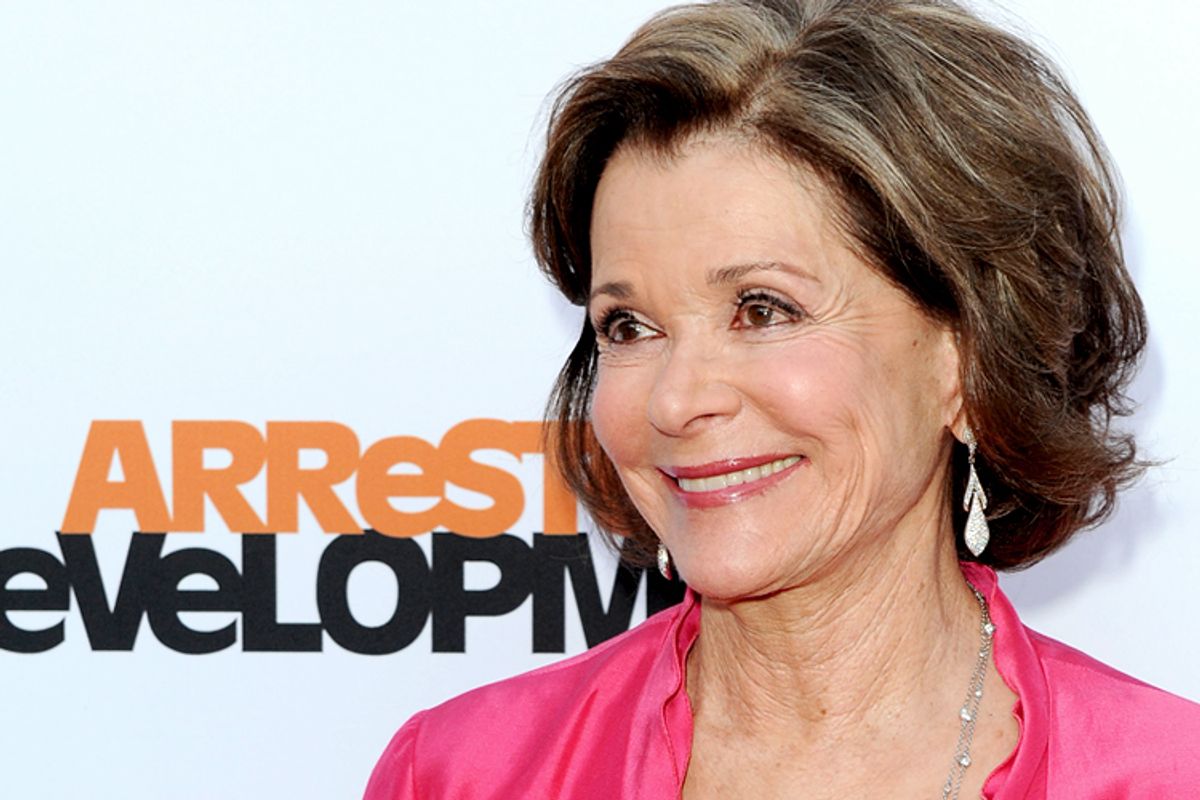 Jessica Walter is tired of scripts changing at the last minute.

In a roundtable discussion of television actresses convened by the Hollywood Reporter, Walter, a star of "Arrested Development," described recent experiences on the job at a single-camera sitcom that goes unnamed:

Walter: What bugs me about the business is a lack of respect for actors doing their work. Giving someone five pages of dialogue five minutes before they're supposed to shoot the scene? It never was like this! In the old days, you'd get a script two weeks ahead. You just have to adjust.

Mayim Bialik of "The Big Bang Theory": Our stuff changes in front of a live audience.

Walter: Yeah, I think on a multicam, having done several [including the recent series "Retired at 35"], it's that way. But to me, on a single-camera when they do that, and it's five pages -- no audience, you know, but five pages, here you go. I'm not happy with it. Can you tell?

The fourth season of "Arrested Development" was shot under somewhat compromised circumstances due to actors' busy schedules: actors filmed scenes separately and were later edited together. Jeffrey Tambor, who plays Walter's husband, told the New York Times that the shooting schedule "approached Newtonian physics, what [showrunner] Mitch [Hurwitz] had to do. The construction of the episodes was such that sometimes you’d be shooting Episode 1, and you’d change your clothes and go into Episode 9 and back to 4. But I love that as an actor."